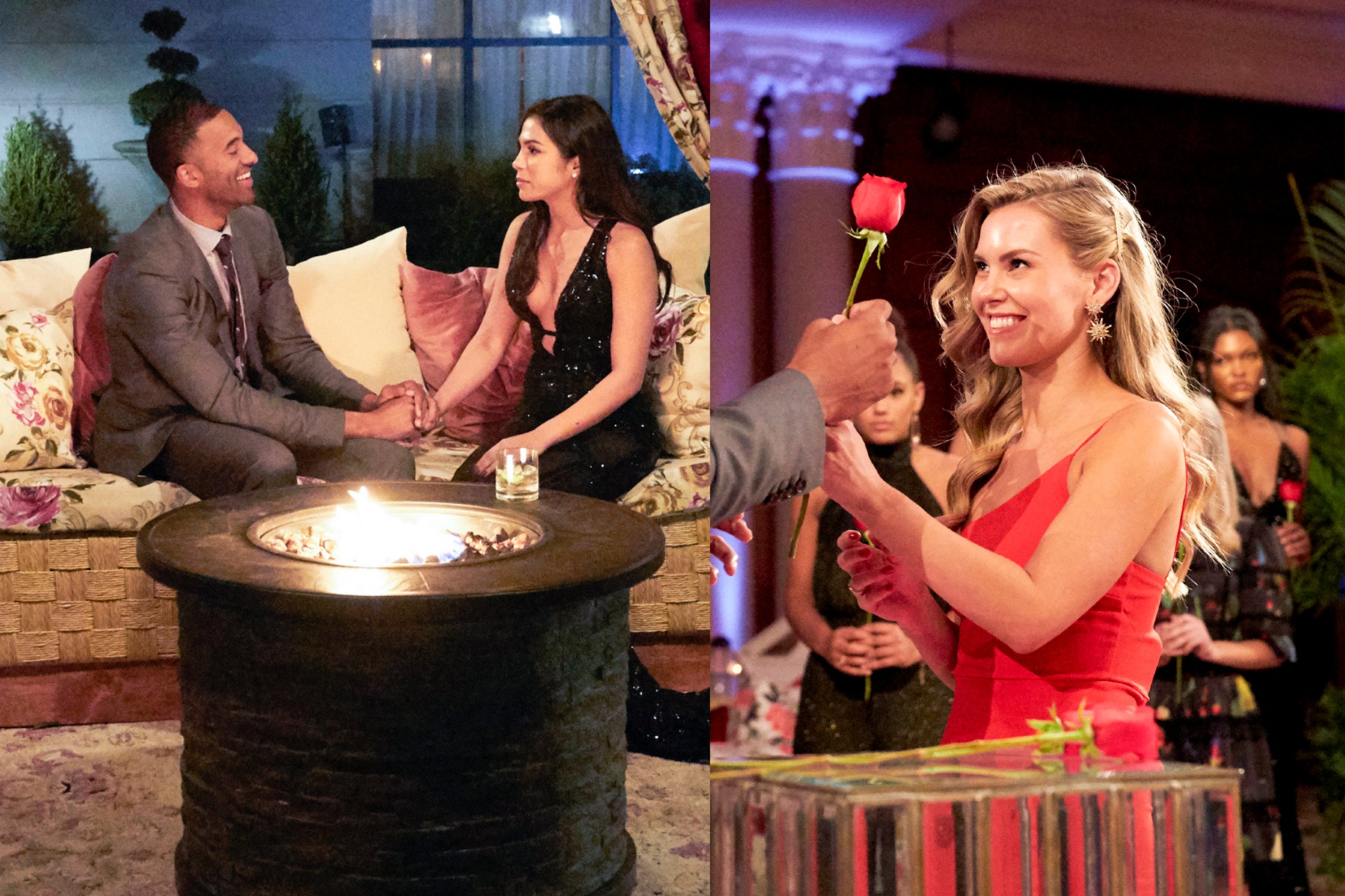 I miss when we had interesting villains on “The Bachelor.”

Find me a woman who can lure Matt in, get him thinking she’s a walking angel while playing mental games with the rest of the women. I want a quiet, poised villain who has her act together and a plan. I want surprising backstabs. I want someone to debate.

But instead, we’re stuck with Queen “I can express myself with name-calling whenever I want” Victoria, who’s acting like a bad caricature of Regina George. On Week four of “The Bachelor,” Anna decided to join in and become her sidekick, slut-shaming the other girls and degrading sex workers.

It was petty, it was stupid, it was mean and it was boring. Here’s how it all went down.

Couldn’t tell you who was on it, couldn’t tell you what they did, because ABC didn’t show us. The episode began and all of a sudden we were in the middle of an after-party, scratching our heads wondering what we missed. I guess not much. Matt smooched cool-girl Chelsea, who talked to him about how empowering it was to shave her head. She got the date rose.

Seconds before Matt and Brittany made out. ABC

Pieper, Kit and Katie got some good time with Matt. While our Bachelor was talking to Victoria, Chris Harrison was “sorry to interrupt” (you know he wasn’t). Five new women were moving into the resort — it was night one all over again. Brittany walked right out of the limo and made out with Matt. (Victoria called her a “slore,” a nasty little portmanteau of “slut” and “whore.”)

Catalina, Kim, Michelle and Ryan also joined the cast, bringing us a grand total of 23 women vying for Matt’s heart.

Anna knows Brittany from Chicago, where they’re both from, and immediately started a rumor that she’s “sketchy.” More to come.

The new arrivals made this especially contentious. Four of them got roses. Kim did not. Neither did original castmates Kaili and Khaylah — not a good night for ridiculous K names. That left 20 gals.

The women on the group date, including Mari, Bri, Abigail, Brit, Ryan, Catalina, Magi, Anna and Victoria, were simply a bunch of squirrels looking for a nut. ABC

Mari, Bri, Abigail, Brit, Ryan, Catalina, Magi, Anna and Victoria went on a date hosted by former “Bachelor” Ben Higgins — who isn’t exactly a success story for the franchise, given his consistent failure fo find love on various shows and spin-offs. He had them compete in a fall-themed obstacle race, which including pumpkin boats and squirrel costumes. Mari won, and Magi got stuck in the water.

Anna and Matt started the after-party off with some quality time, until Brittany barged in. In retaliation, Anna confronted Brittany in front of everyone to say that she heard Brittany was an escort. Of course, Brittany denied the claim and was brought to tears.

Staying above the drama, Matt gave the rose to Bri.

…went to Michelle, one of the newbies. She and Matt went ziplining and rode in a hot air balloon, very romantic. Matt pressed her up against one of the poles in the balloon basket as they kissed, and it made me very nervous — what if she fell out?

Over dinner, Michelle talked about how important it was for her to teach her students about the killing of George Floyd and the protests that followed. Matt runs a charity that exposes NYC students to different kinds of foods, so he understands what it’s like to work with kids. Michelle quoted Maya Angelou and Matt finished her thought, it was really sweet. He gave her the rose.

Who’s got the fight on paper view? Mia St. John and Matt cheer on the gals from the sideline. ABC

To deal with the aggression in the house, the producers thought it would be a good idea for the women to hit each other. It was a boxing-themed date, with champion Mia St. John leading a lesson.

Pieper, Rachael, Jessenia, Kit, Serena C., Serena P., Chelsea, Lauren, MJ and Katie squared up in the ring. And they did not take it lightly. There was lots of face punching.

At the after party, Matt made out with Rachael and Pieper. Katie, who stood up for Sarah and Brittany, decided to bring the awful rumors to Matt’s attention. She’s right, being called an escort on TV can ruin Brittney’s life, and this behavior needs to stop.

I want Matt to put a stop to this nonsense. It’s not fun to watch, and it’s not fun for the women on the show. He needs to send Victoria and Anna home. But we know he wont. Maybe Chelsea will get her one-on-one.

Dale Moss Responds To Accusations He Regrets Getting Engaged To Clare Crawley And Other Rumors After Their Split – Video!
Kenya Moore Is Celebrating The Fabulous 50 – Check Out Her Clip
Comment