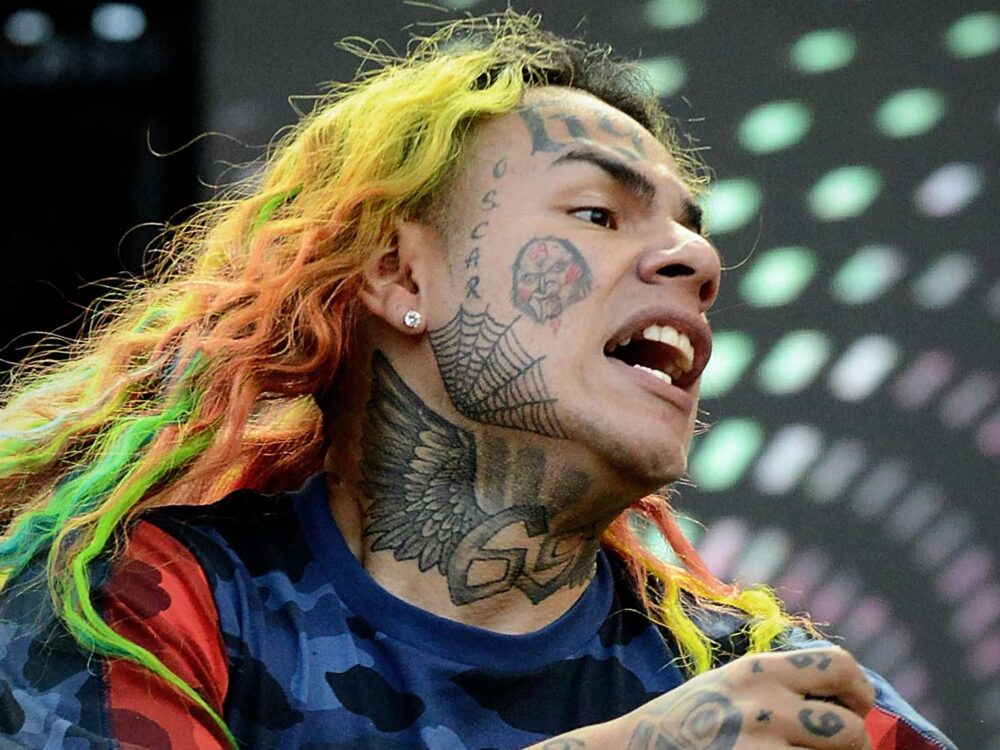 Tekashi 6ix9ine is back. After he was released from prison, Tekashi 6ix9ine got to work in the headlines almost right away, getting into feuds with other rappers, posting on social media, and getting his name all over the tabloids.
The result of his tweeting and posting was that a lot of rappers started threatening him and calling the young star a rat. Whenever Tekashi 6ix9ine has a new song out, he takes it to his IG,  in particular, to send subliminal and also direct disses.
RELATED: Tiny Harris And T.I. Stressed About Taking Sides In The Nicki Minaj And Cardi B Feud
This week was another example of that, with Tekashi asking his fans on the internet what would happen to him if he were to take women to a hotel after drugging them to rob them.
Obviously, Tekashi 6ix9ine was referencing Cardi B’s scandal from just two years ago when she had been accused of drugging and robbing men. However, it’s important to note that Cardi B admitted to it in social media posts which were then unearthed in the aftermath of the #MeToo movement.
https://www.instagram.com/p/CLsK_P_AF08/
RELATED: Miley Cyrus Covers Cardi B’s ‘Bodak Yellow’ On ‘The Tonight Show Starring Jimmy Fallon’
According to a report from Hot New Hip Hop, Tekashi, for whatever reason, decided to take up this fight with Cardi B, asking fans if he would get canceled for doing the same things that she did.
Even though Hernandez didn’t refer to Cardi by her name, who he was referring to was clear to anyone who knows what’s going on in the hip-hop culture. It’s unclear what Cardi B is going to say to Tekashi, but most have assumed the “Bodak Yellow” rapper will have something to say in return, considering her history of fighting back against people who hate on her or judge her.
However, it isn’t clear if Cardi B will even take the time to respond to Tekashi 6ix9ine, considering she is in a much higher position than he is in terms of success and status in the rap world. Additionally, many rappers have figured out Tekashi’s marketing tactics, and have grown increasingly wise to them.
Hot New Hip Hop says DJ Akademiks was the first to pick up on the post and share it with the rest of the internet.
Advertisement