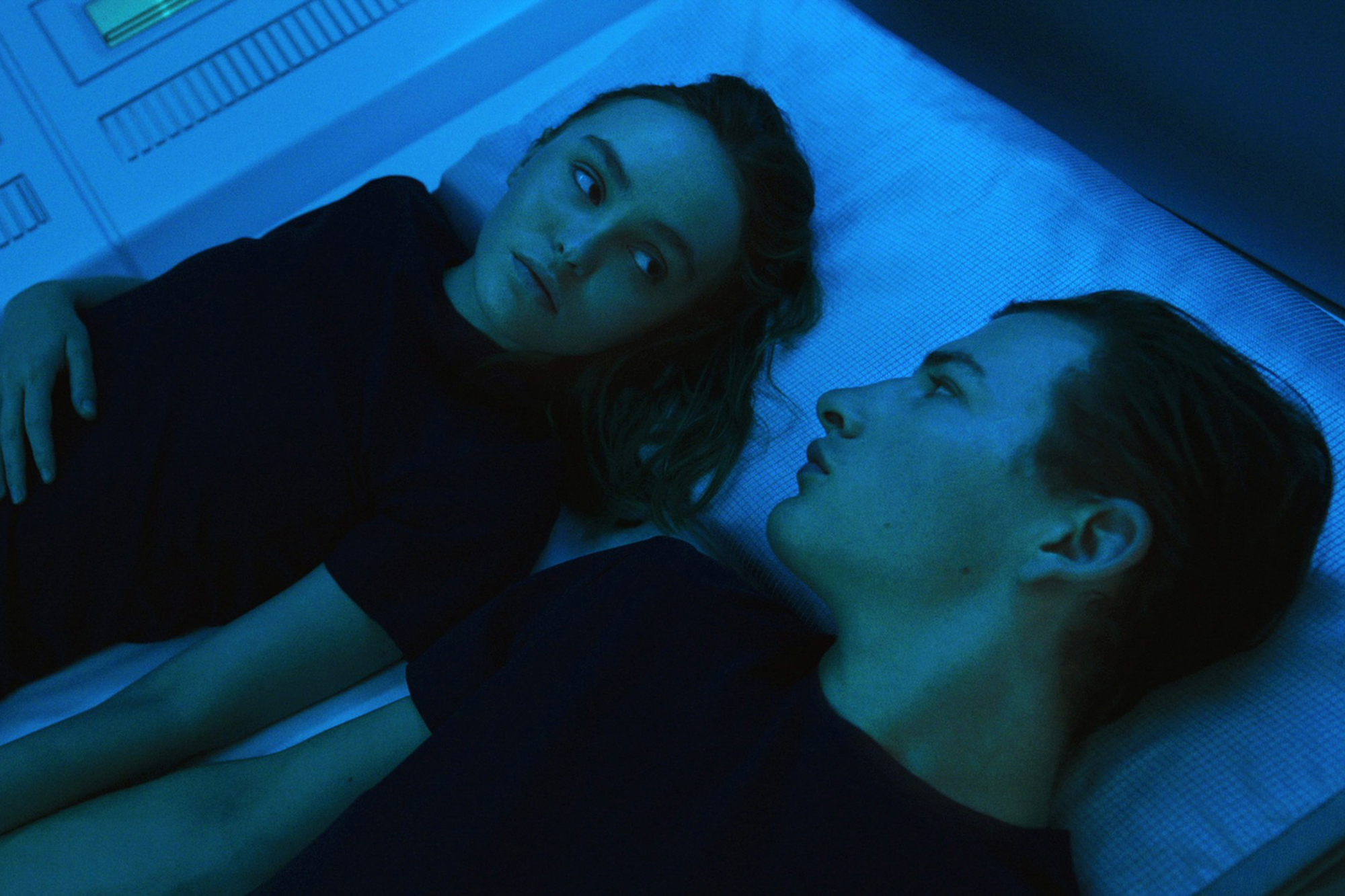 Hormonal teens in space should be a riot. Screw the gentility of “Star Trek” or the swashbuckle of “Star Wars” — let’s enroll at Starship High School!

OK, maybe not. The shoddy new film “Voyagers” shows us that youth on the brink of adulthood are buckets of scattered energy, who cannot drive a sci-fi story and are largely devoid of personality.

The idea of director Neil Burger’s movie is that a futuristic Earth is in dire straits, so a crop of young people are strapped into a spaceship and sent on an 86-year journey to inhabit a new world.

“The crew will populate onboard the ship, and their grandchildren will be the ones who reach the planet,” a scientist says. Add flavored vodka shots and it’s “Love Island: Intergalactic.”

Strangely, though, the kids are formal and rigid, like Soviet gymnasts. They wear muted uniforms, do calisthenic exercises and passively listen to classical music. Smells not like teen spirit! Well, it turns out that they’re being drugged by the program and their handler Richard (Colin Farrell, barely awake). The kids gulp a Dixie cup of blue goo each day, which suppresses their emotions and libidos.

The government naturally would prefer its specimens produce offspring in the un-fun laboratory way, rather than allow a bunch of sex-crazed young people to go loco on an expensive spacecraft. Then — uh-oh! — the crew eschews the goo, and the teenage brain takes over.

Fans of science-fiction will recognize bits from vastly superior properties: The placating drugs of Aldous Huxley’s “Brave New World,” the closely guarded memories of Lois Lowry’s “The Giver,” the sequestered paranoia of “Alien.” They’re all here, and dumber. Of course, the most obvious parallel is “Lord of the Flies,” but Burger is no William Golding.

His film scores an F for intensity, even in the most violent scenes, and the sexuality is timid. The talented Tye Sheridan plays Christopher, the upstanding alpha male, and Fionn Whitehead is Zac, the crazed opposition leader. Christopher promotes order, while Zac sticks his thumb in a girl’s mouth unannounced. The dudes battle for control and the affection of Sela, played by a wax figure named Lily-Rose Depp.

Soon it’s spring break and everybody is ripping off their shirts while loony Zac leads them to believe a deadly alien is aboard. The description is more action-packed than the film, which is ho-hum and inert.

Burger’s half-assed attempt at an updated “Lord of the Flies” makes you long for a good old-fashioned school bus and a pig’s head on a stick.