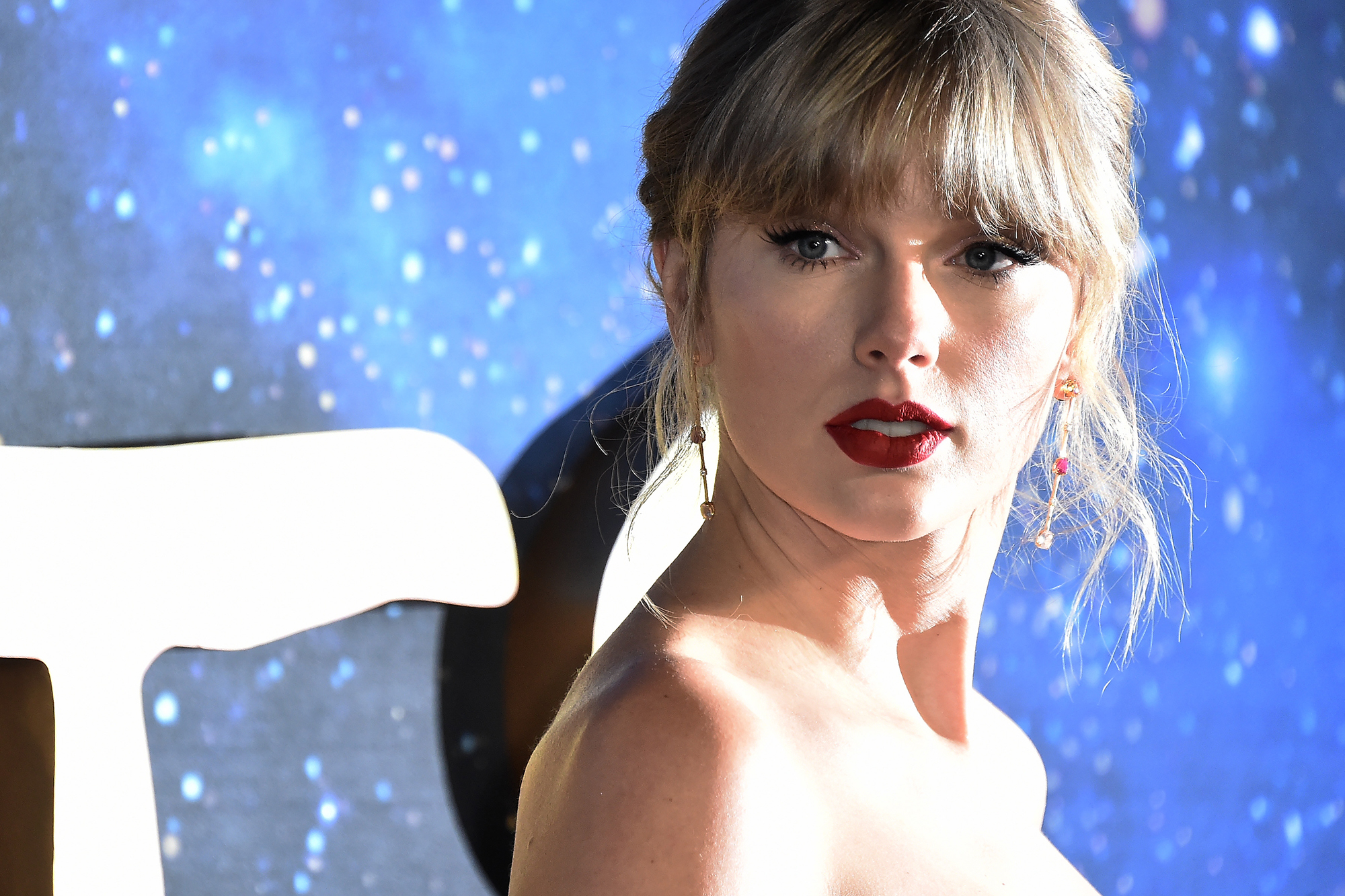 There’s no shaking off this scientific finding.

After analyzing data on the correlation between pop icon Taylor Swift’s happiness and the color of her romantic partners’ eyes, University of Chicago astrophysicists have determined that the 31-year-old tends to have bad blood with blue-eyed men — and ones with bad reputations.

“We provide tentative indications that partners with blue eyes and/or bad reputations may lead to overall less positive emotions, while those with green or indigo-colored eyes may produce more positive emotions and stronger relationships,” wrote Ph.D student Megan Mansfield and postdoctoral researcher Darryl Seligman in their report, “I Knew You Were Trouble: Emotional Trends in the Repertoire of Taylor Swift.”

Yes, they claim to have boiled those baby blues down to a scientific algorithm.

Taylor Swift performs onstage during the 2019 American Music Awards at the Microsoft Theater on November 24, 2019 in Los Angeles.Getty Images

This isn’t the first time her boyfriends’ eye color has been pondered: It has sporadically been a trending topic of Twitter controversy that Swift has a propensity for blue-eyed individuals, with some social-media haters accusing her of being “racist” for it.

A spokesperson for the “Cardigan” singer has not responded to The Post’s request for comment.

Among the blue-eyed men Swift has been linked to: Her current beau Joe Alwyn, whom she thanked in her Grammys 2021 acceptance speech, saying she “had the best time writing songs with you in quarantine.”

There was also blue-eyed Thomas Hiddleston, whom Swift had a brief and storied relationship with prior to shacking up with Alwyn. Some fans have speculated that several of the songs on her 2017 album “Reputation” were about the 40-year-old actor.

The breakup ballad “All Too Well,” provides strong support for the paper’s conclusions: Fans believe it’s about categorically blue-eyed Jake Gyllenhaal, with its categorically sad lyrics, “I’d like to be my old self again, but I’m still trying to find it / After plaid shirt days and nights when you made me your own/Now you mail back my things, and I walk home alone.”

As for her nonblue-eyed sweethearts? There’s Harry Styles, with his green peepers, allegedly the muse for “I Knew You Were Trouble.”

“Dear John” is widely accepted to be about Swift’s ill-fated fling with John Mayer — brown eyes on that one. “Dear John, I see it all now that you’re gone,” she sings. “Don’t you think I was too young to be messed with? / The girl in the dress, cried the whole way home, I should’ve known.”

Mansfield and Seligman’s academic paper, which hasn’t yet been peer reviewed, was published on April 1 in arXiv, Cornell University’s open-access repository for scientific paper preprints. In addition to quantifying and examining Swift’s relationship history trends, the authors also created a “taylorswift ‘Python package’ which can be used to optimize song selection according to a specific mood.” The package, available on GitHub, promises to generate “the perfect Taylor Swift song for your mood and relationship status” and requires only a free download and some light coding.

While the scientists really did develop and apply an algorithm to consider level of optimism and strength of commitment to Swift’s relationship based on the lyrics and chordal tones in 149 of her songs, they admit that their true motivation was being part of an annual industry tradition.

“This is kind of a joke in the astronomy community. The website that we posted it on is a real website for serious science papers as well, and people post their research there all the time, so that everyone can access it freely,” Mansfield told Insider. “And there’s a kind of a tradition that on April Fools’, people post funny papers.”

As well, the co-authors emphasize in their report, more data is necessary to make any conclusive findings.

“[We] stress that these trends are based on small sample sizes, and more data are necessary to validate them,” they wrote.

A look back at at the baby blues — and browns — of Taylor Swift: Aqua-eyed actor Jake Gyllenhaal, 40, is rumored to have inspired Swift’s 2012 songs “All to Well” and “Shake it Off.” Getty Images

WASHINGTON — Major League Baseball has postponed this rest of…