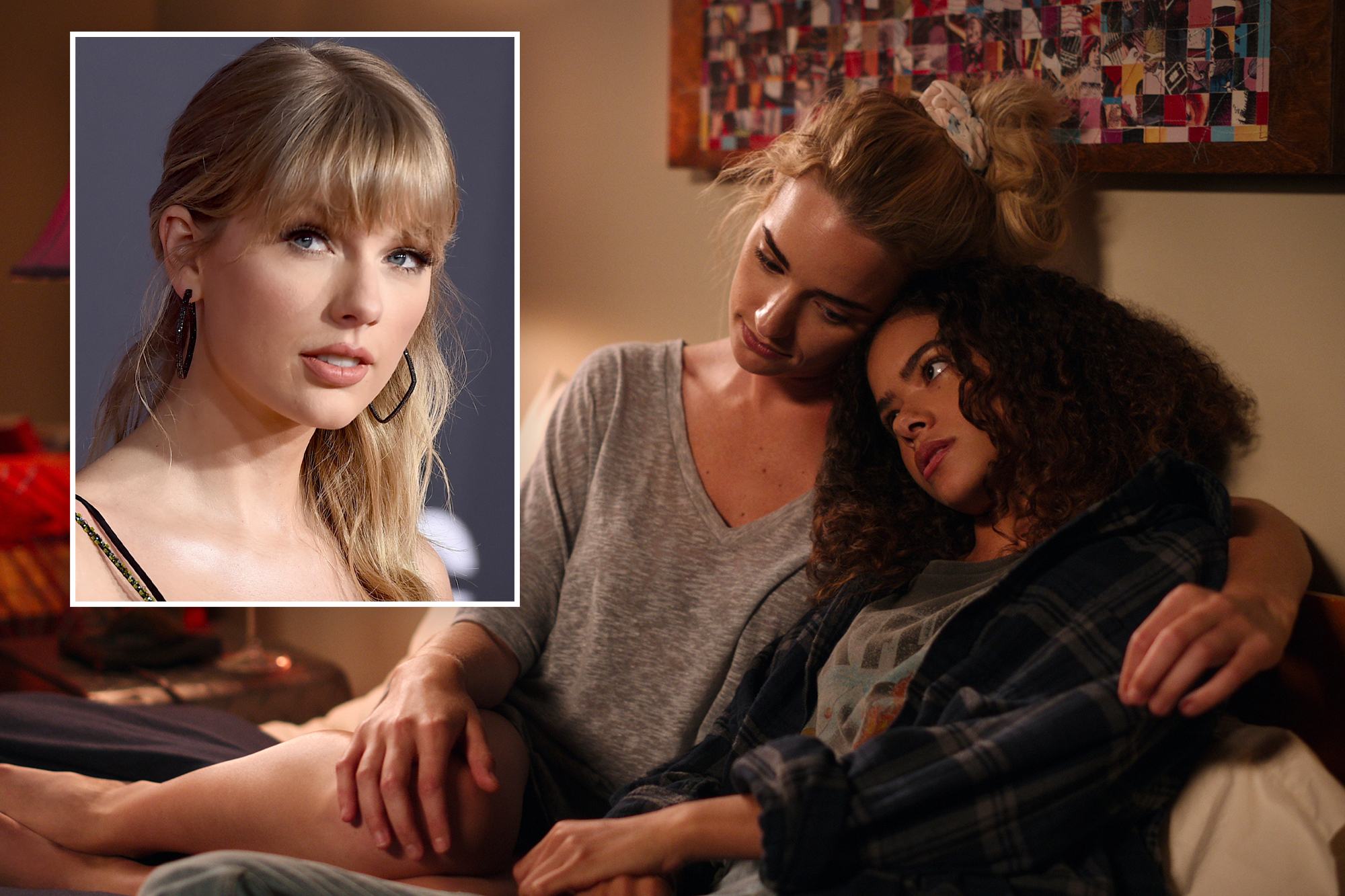 The final episode of the family drama sees single parent Georgia ask her teen daughter, Ginny, whether she’d moved on from boyfriend Marcus in the series.

“What do you care? You go through men faster than Taylor Swift,” Ginny sassed.

With that seemingly innocuous rib at the “Champagne Problems” singer, fans descended on social media to criticize the show’s writers for what they saw as a sexist joke.

“I was really enjoying Ginny & Georgia until they had to add the really inappropriate Taylor Swift jab from a character that is supposed to be a feminist,” tweeted one fan, adding “RESPECT TAYLOR SWIFT” to the thread.

“I was gonna watch Ginny and Georgia but not anymore. Even after the reputation tour doc, and the Miss Americana doc this bull is still happening. RESPECT TAYLOR SWIFT,” echoed another.

The complete first season of “Ginny & Georgia” is available to stream on Netflix.COURTESY OF NETFLIX

“Isnt it ironic how ginny and georgia is a show that supposedly promotes feminism yet still makes outdated slutshaming jokes?? RESPECT TAYLOR SWIFT,” added another.

The backlash has put the pop star in the top trending terms on Twitter — again — with the hashtag RESPECT TAYLOR SWIFT,” amassing 264,000 tweets and counting under the motto.

Swift herself even chimed in on the drama, with a sassy diss about their outdated joke: “Hey Ginny & Georgia, 2010 called and it wants its lazy, deeply sexist joke back. How about we stop degrading hard working women by defining this horse s – – t as FuNnY.”

She also tagged Netflix, saying that after her feminist documentary “Miss Americana,” “this outfit doesn’t look cute on you. Happy Women’s History Month I guess.”

“Netflix will profit out of successful women, air their documentaries, promote them as icons for International Women’s Day, & later approve misogynistic comments about them in their shows,” said another “full-time stan,” who also pointed out that “it’s 2021 and we’re still calling out people to respect Taylor Swift, & every other woman.”

Fans were quick to mention that Swift has been in a steady relationship with actor Joe Alwyn since 2017. In the past, she’s been linked to the likes of Calvin Harris, Tom Hiddleston, Harry Styles and John Mayer.

Speaking of “love,” it was announced just last week that her hotly anticipated — and precariously scheduled — two-stop tour, dubbed “Love Fest,” has been canceled. Swift said of the decision, “No one knows what the touring landscape is going to look like in the near future.”