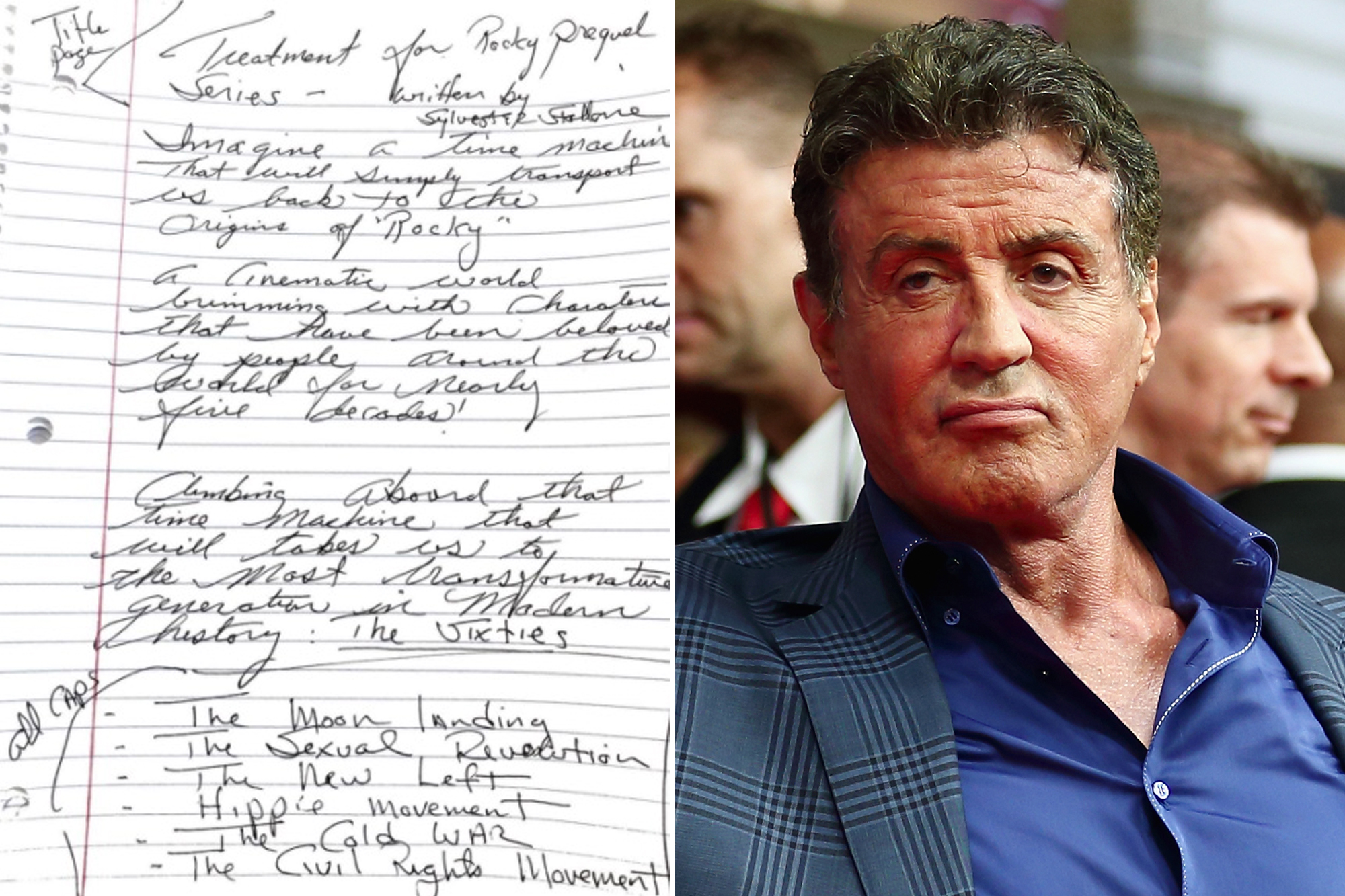 This could be a knockout for fans of the enduring “Rocky” franchise.

A “time machine” television series about Rocky Balboa is in the works, according to hand-scrawled notes Sylvester Stallone posted on Instagram.

The 74-year-old — who scored three Oscar nods for the original 1976 film, which he wrote and starred in — shared photos of two pages of notes on Monday night, with the notepad header “Treatment for Rocky prequel series.”

“This may be the strangest posting yet,” Stallone wrote in the caption. “I started out this morning by writing a treatment for a Rocky prequel for streaming. Ideally 10 episodes for a few seasons to really get to the heart of the Characters in there [sic] younger years.

“Here is a small portion of how my creative writing Process starts … Hope it happens,” he revealed.

The first page shown sets the scene for readers: “Imagine a time machine that will simply transport us back to the origins of Rocky, a cinematic world brimming with characters that have been beloved by people around the world for nearly five decades!”

The first page of notes sets the scene, describing the 1960s as a “dynamic time” in history — and for a Philadelphia debt collector named Rocky Balboa.officialslystallone

According to the notes, the origins story is set in the 1960s — what Stallone describes on the page as “the most transformative generation in modern history,” noting the era’s major milestones, including the moon landing, the civil rights movement and the Cold War.

“Needless to say the 60s was a dynamic time,” the description reads. “Yet among all this Social Seismic Activity, we drop in on the rather plain life of 17-year-old Robert ‘Rocky’ Balboa. When we first met Rocky in 1976, he was a very lost soul … We now see this young man struggling like all young people trying to find their place.”

Stallone first starred as “Rocky” in 1976, the then little-known actor-screenwriter’s breakout hit about a loan shark debt collector in Philadelphia who catches his big break in the ring.

The film has gone on to spawn five franchise sequels — despite the fact that Stallone has, on multiple occasions, attempted to retire the character — plus two films as part of the “Creed” spin-off, staring Michael B. Jordon, whose third film in the series is due for release in 2022. (Sly also picked up a best supporting actor nod for “Creed.”)

While the story of Rocky Balboa feels almost inextricable from Stallone himself, the news as prompted fans on Instagram to urge Stallone for more prequel action from another one of his iconic characters — as a number of fans pleaded “Rambo prequel,” please.

With going-on eight films total in the “Rocky” franchise, fans have also long asked for a prequel to Sylvester Stallone’s other iconic character, the Vietnam-warmonger “Rambo.”Courtesy Everett Collection