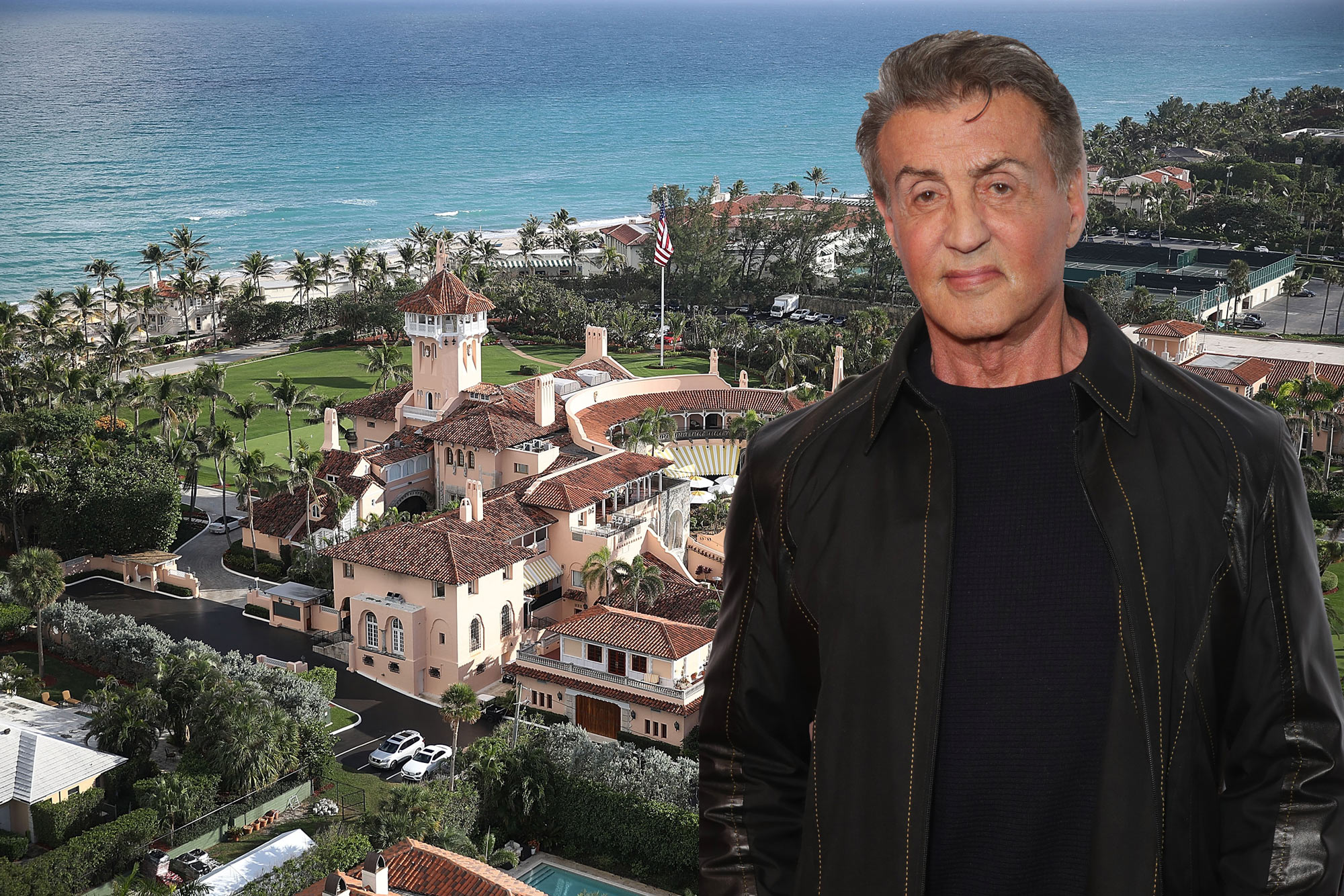 Stallone, 74, has previously been a guest at Mar-a-Lago, having attended a 2016 New Year’s Eve party there. A source who saw Stallone at the club last month told us, “Sly just became a member of Mar-a-Lago.”

He was seen posing with some fellow guests for pics, all holding up their fists in a boxing pose.

The “Rocky” legend in December bought a $35 million compound near the club in Palm Beach, Fla., local reports said. According to a listing, Sly’s new estate has seven bedrooms amid 13,241 square feet of living space, plus 253 feet of waterfront, a dock, a sandy beach, and a pool pavilion with an open-air cabana.

The “Rambo” star also once owned a Florida home on Miami’s Biscayne Bay, but last year was reportedly house-hunting in Palm Beach.

Meantime, Stallone will have more time to spend at home: He revealed this week that he won’t appear in a third film in the hit “Rocky” spinoff franchise, “Creed.” Star Michael B. Jordan will direct the upcoming sequel, which is slated to come out in 2022.

But Stallone recently replied in a comment to a fan on Instagram of “Creed III,” “It will be done, but I won’t be in it. Keep punching.” His rep then confirmed to The Hollywood Reporter that he won’t be in the film.

Stallone also announced that he created a new director’s cut of “Rocky IV” to coincide with the film’s 35th anniversary.

Stallone’s rep did not comment on the Mar-a-Lago membership.

Khloe Kardashian Releases A Lengthy Statement About The Controversial Photo She Wanted Off The Internet
Demi Lovato Breaks Down Over Her Split From Max Ehrich In Her Documentary – Watch!
Comment