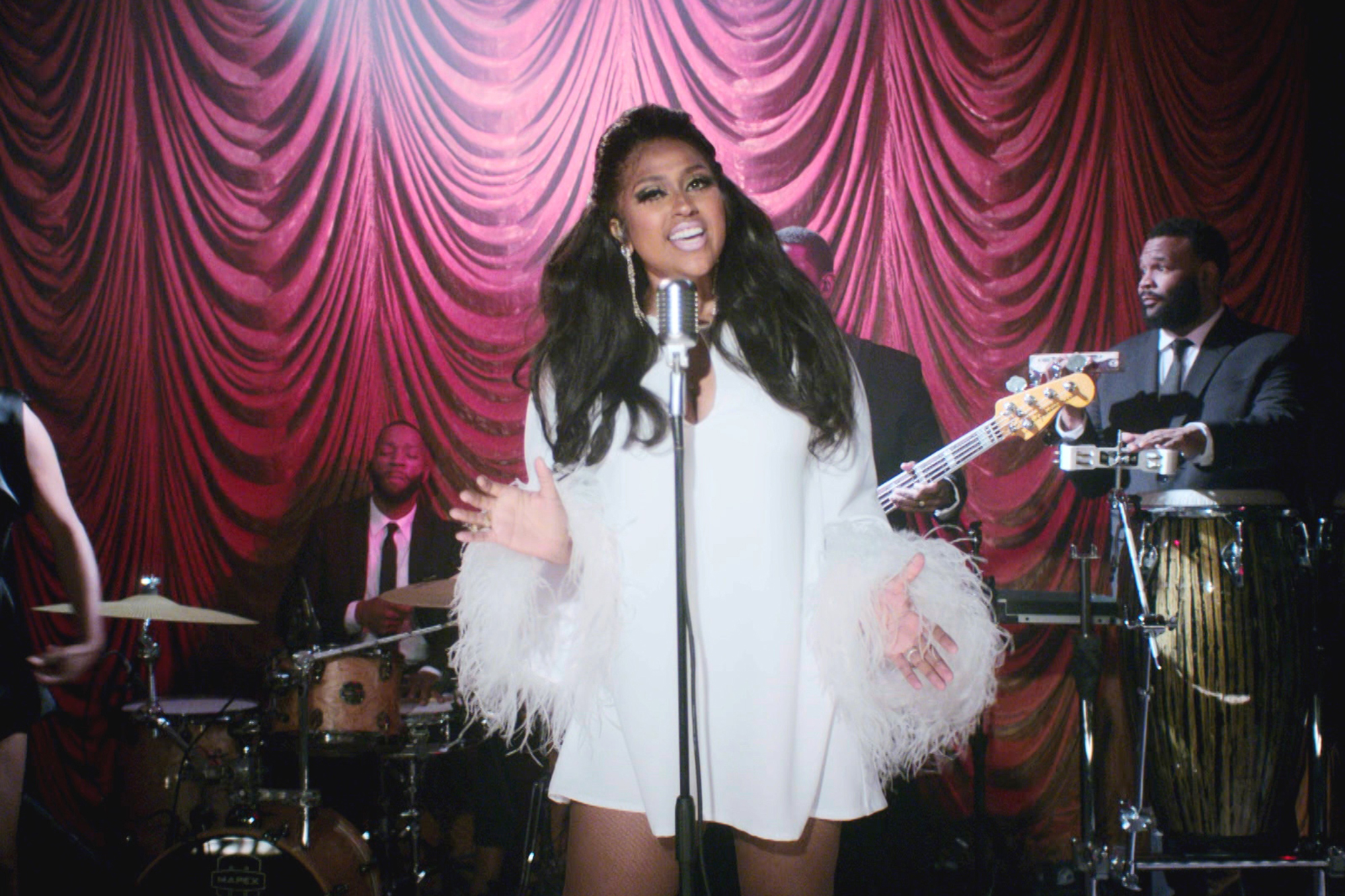 Don’t get it twisted — or else she might “Bust Your Windows.”

While some might think that Jazmine Sullivan is some kind of newcomer when she sings the national anthem at Super Bowl 2021 Sunday alongside country star Eric Church, the 33-year-old R&B diva is no stranger to the game.

In fact, her critically acclaimed new album, “Heaux Tales,” is her fourth LP since making her debut in 2008.

Here are five things you need to know about the Grammy-nominated belter.

1. Singing is in her genes

Born in Philly, Sullivan came by her powerhouse pipes the natural way: Her mother was a former backup singer for hometown label Philadelphia International Records, which in the ’70s gave us such greats as Harold Melvin & the Blue Notes, the O’Jays and Patti LaBelle. And she nurtured that voice at the Philadelphia High School for Creative and Performing Arts.

Sullivan signed to the now-defunct Jive Records — the former home of Britney Spears, Backstreet Boys and *NSYNC — when she was just 15. She recorded an album that was never released and was then dropped from the label. “That was a big blow,” she said. “I was angry.” Um, wrong move, Jive!

3. She was discovered by Missy Elliott

After providing some vocals for the R&B duo Kindred the Family Soul, Sullivan was discovered by Missy Elliott, who went on to work on Sullivan’s 2008 debut album “Fearless,” co-writing and co-producing the hit single “Need U Bad.”

4. She’s never won a Grammy, but has many nominations

“Fearless” would earn Sullivan seven Grammy nominations, including a prestigious Best New Artist nod. And since then, the singer has consistently been a contender for music’s biggest honor, racking up 12 nominations. But she has yet to bring home a gramophone, making her one of the most nominated artists without a win.

On her new album, “Heaux Tales,” Sullivan teams with her labelmate H.E.R. on the closer “Girl Like Me” for some sister-to-sister soul. Now the two will get to share the biggest stage of all together: H.E.R. will be singing “America the Beautiful” before Sullivan and Church do the national anthem Sunday.