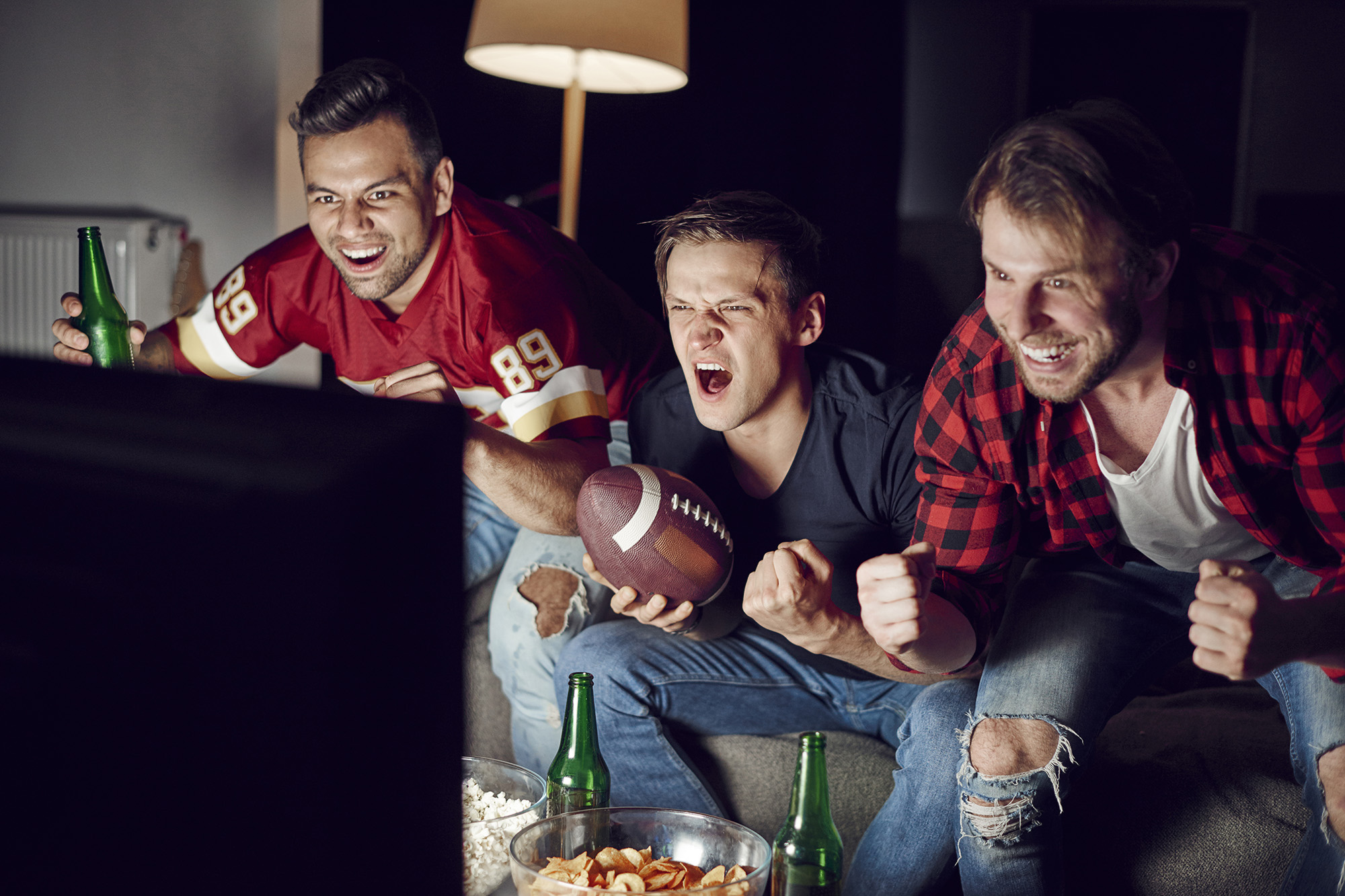 Cheers and booze will be the top priority during Super Bowl 2021 on Sunday.

With over 500,000 worldwide TikTok followers, Camarata, 22, alongside Matthew Cianci, Matthew Maccarone and Stefan Rebello, heads up sports fan digital brand, the Boys of ’98.

To play their Super Bowl drinking game, partygoers are taking swigs before, during and after kickoff — they’ll even be knocking a few back during the famous commercial breaks.

Players must adhere to a set of fun drinking rules that are all tied to the outcome of each play during the big game and The Weekend’s half-time show.

“If the team you’re rooting for has to punt on fourth down, you have to drink,” Cianci, 23, added. “Or if the opposing team gets a first down, that’s not a good thing for your team, so you have to drink.”

Drink in this list of other super saucy Super Bowl LV drinking games:

Before guests arrive you should make a list of five or more Super Bowl bash rules, according to DIY party planning site ASubtleRevelry.com. Make your drinking decree fun with party foul rules like, “No spilling drinks,” and “No yelling ‘touchdown!’.” Hang the list high so that everyone can see it during the game. Whenever a partygoer breaks a rule they must take a shot.

There’s nothing like a classic game with a boozy twist. If you’re not into giving the Chiefs and the Bucs your full attention, break out the building blocks. Label each piece with different drinking directives like, “Take a shot,” “Finish your drink” or “Chug a beer.” Whenever a player pulls a block, they must drink according to the demands of their piece. Whoever knocks the tower over has to pour one down the hatch.

Each time a commercial makes reference to the pandemic or notes that these are “difficult,” “uncertain,” “trying,” “unprecedented” or “hard” times, the whole party has to take a swig.

Buffalo bites can help you avoid germy sharing at your party — even if that just means a party of one or two. Kelly Senyei

When it comes to this year’s big game, there’s a bit of a party pooper looming over the usual festivities: the pandemic.

Gone are the days of seven-layer spectaculars, where double-dippers are a danger to society. Now, even if you’re watching the game with family or your bubble, small, individual snacks will be the real winners.

The Post has compiled a Super Bowl day menu full of tasty snacks, including Buffalo chicken puff pastry bites and guacamole deviled eggs. Or, if it’s a party of one, you could hop on the Internet’s latest craze, baked feta — a gooey, salty, savory pasta sauce that’s scoring big on social media.