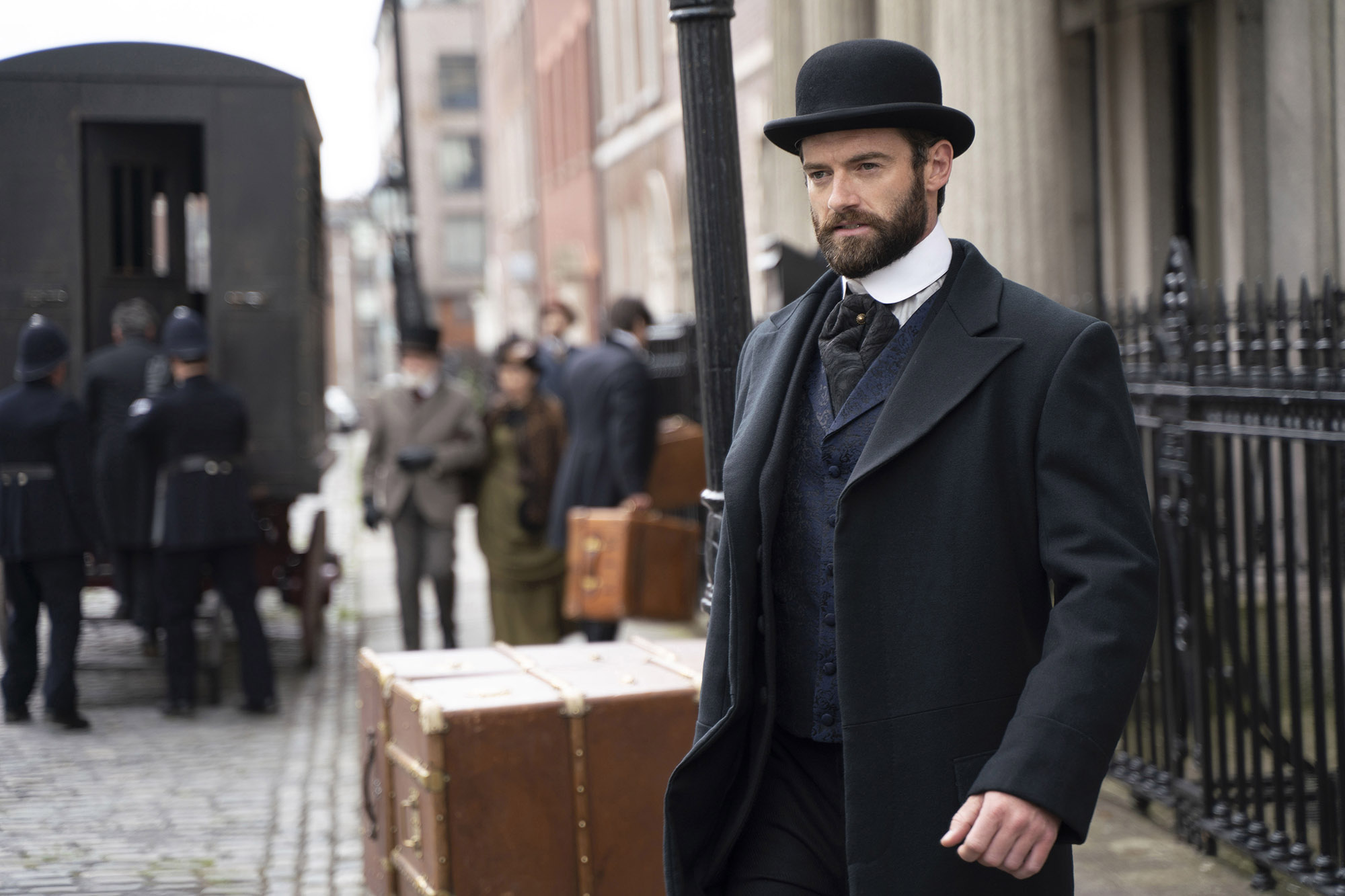 Stuart Martin is the titular Duke in the crime drama “Miss Scarlet and the Duke.”

The Scottish-born Martin, 35, who’s also known for “Game of Thrones,” “Medici: Masters of Florence” and “Jamestown,” answered some questions for The Post.

What attracted you to this show?

I just loved the scripts. At first you think you know what it is — it’s a Victorian cop drama — but very quickly it’s like, “OK this is different.” It’s light and it’s witty. I think very often pieces [covering] that time can get very dark and sort of gruesome. It’s just such a fun show, and Rachael [New], our amazing creator, has this brilliant way of writing dialogue and characters. Each scene has a bit of a spark.

Did you do any research to prepare for the role?

I grew a beard. No, I did lots [of research], actually. I love doing period stuff because you know nothing about that time other than what you learned 15 years ago in school, even though you never really listened to any of it. So it’s great to go back and try to find out what was going on culturally and politically and find out where your character is in that world. I really loved finding out about London at the time and the whole 1800s leading up to where we are [in the show]. Me and Kate [Phillips] both read this brilliant book called “How to Be a Victorian” which is actually a lot of fun and it’s got the whole history of that time and how people were. I found it very useful, I loved it. And I read “Sherlock Holmes,” because that’s the same period.

“Miss Scarlet and the Duke” is set in 1882 Victorian London.
Courtesy of MASTERPIECE

Did you learn anything that surprised you?

You know Tower Bridge in London — that famous old bridge? I discovered that the London Underground was actually built before that, which sort of fascinated me. I was like, “Wait a minute, surely the London Underground [was built in] like the 1920s or something.” But it’s been going since the 1800s. So this was all in our show’s time. It was a really innovative period.

What was the most challenging part of the role?

The cop chat. If you had a case and you have to go say, “We found the body and it had a gunshot here…” When you learned these great scenes in the mortuary, it would fly off — but the actual learning of [the dialogue] and making sure that it was all specific to the case [was challenging]. And also the names. Because every week you have new character names to remember. But everything else was a total dream. It was a lovely job.

What’s the status of a second season?

We’ll have to wait and see. There’s big hope for it and lots going on in the background to get that to happen. It’s been such a weird time, but we shall watch this space and hopefully soon [there will be news].

Do you have any other projects you’re also working on?

Zack Snyder is doing [a prequel to his upcoming] “Army of the Dead,” for Netflix, so I filmed that in Prague. It was a very different experience, because we were basically locked in our hotel for two-and-a half months. Normally on jobs you fly back every weekend and see the family, but it was total lockdown. I’m excited about the film — it’s really cool and it looks great.