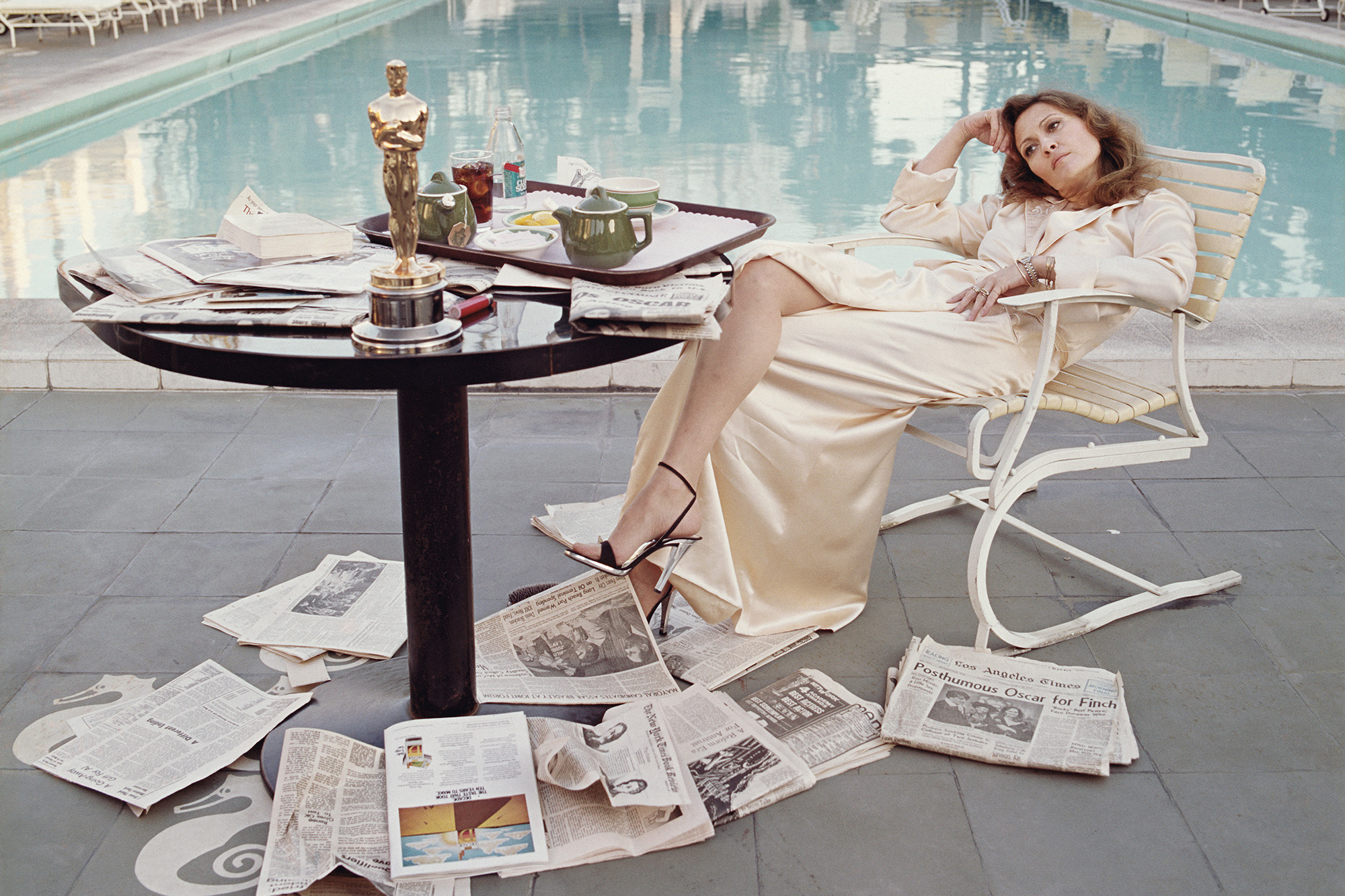 “Terry had no interest in lights or physical equipment,” his longtime photo assistant Richard Pereira told The Post. “He engaged with the subject and pushed the button. Terry’s charm could be turned on like a faucet. It had a disarming effect.”

That came in handy when he photographed high-profile subjects from the Queen of England to Sean Connery to Led Zeppelin. Raised in East London and breaking out as a Fleet Street shooter in 1959, O’Neill, who passed away in 2019 at age 81, shot iconic, revealing portraits. Some are collected in the recently published “Terry O’Neill: Every Picture Tells a Story” (ACC Art Books).

Elizabeth Taylor and David Bowie were certainly an odd pairing, but the actress specifically requested that O’Neill introduce her to the singer in 1975, as Bowie was morphing into his “Thin White Duke” persona, It was under the auspices of Taylor wanting to discuss a possible film role for the theatrically-bent rock star.

“Terry arranged for a meeting at the home of [legendary film director] George Cukor,” said Carrie Kania, creative director of Iconic Images and an old friend of O’Neill’s. “Terry arrived early, Elizabeth was already there — and they waited four or five hours for David.”

Taylor was accustomed to being the one who kept people waiting, and she was annoyed. But as Bowie sauntered in, said O’Neill in the book, “any anger was quickly dismissed and they laughed like old pals. And you can see in these photos, which Elizabeth overly directed, there was chemistry between them. [Bowie] didn’t get the role, if it was even on the table, but they did become lifelong friends.”

O’Neill was assigned to cover the 1977 Oscars for Newsweek and needed to photograph Faye Dunaway, the Best Actress winner for her performance in “Network.” Rather than snapping Dunaway as she received the honor, said O’Neill, his idea was “to capture that moment when the star wakes up and it dawns on them that, overnight, they’ve not only just become a star, but also a [potential future] millionaire. This is that moment of realization.”

Dunaway was instructed to come to the Beverly Hills Hotel pool in her pajamas, bereft of makeup, with the Oscar in hand. O’Neill had the breakfast tray and newspapers spread out and waiting.

The session took all of 30 minutes, but something really clicked: Six years later, O’Neill and Dunaway married. Their tumultuous union, which lasted four years and produced a son, Liam, proved less enduring than the now-classic image. As Pereira recalled “Terry said it was a marriage that was not necessarily going to last.”

Catching the Boss on the brink of stardom in 1975 — with a fresh billboard for his breakout album looming in the distance — could not have been better planned. In fact, it wasn’t planned at all.

“Terry was driving to Tower Records on Sunset Strip and Bruce happened to be walking out,” Kania told The Post. Explaining that the rocker was there specifically to check out his billboard, she added, “Within 10 minutes Terry had a great photo of Springsteen during his make-or-break moment.”

Though O’Neill remembered Springsteen as “being quite happy someone noticed him,” assistant Pereira is not surprised that the “someone” happened to be O’Neill: “Terry was an opportunist. He saw things as they were and never got caught short on what to do. He may not have known Bruce at the moment, but he surely introduced himself and told Bruce to stand still below the billboard.”

O’Neill first photographed the Beatles during their early days of being chased by manic fans. By the time Harrison posed alone in 1975, the former mop-top was more squire than rocker and their meeting spot was his British-countryside estate — a classic English manor house with a music studio to rival Abbey Road.

Strolling the park-like grounds with Harrison, O’Neill zeroed in on a spot that conveyed serenity and affluence. Harrison sat on a bridge and, as O’Neill put it, “looked as Zen as anything, draped in this off-orange Hare Krishna wrap … When I looked up and saw the outline of this magical looking house behind him, I knew that this was going to be a stunner of a portrait.”

Even though Harrison was one of the biggest stars in the world, O’Neill wasn’t nervous. “Outside of the Queen,” said Pereira, “Terry was never fazed by anyone on our shoots.”