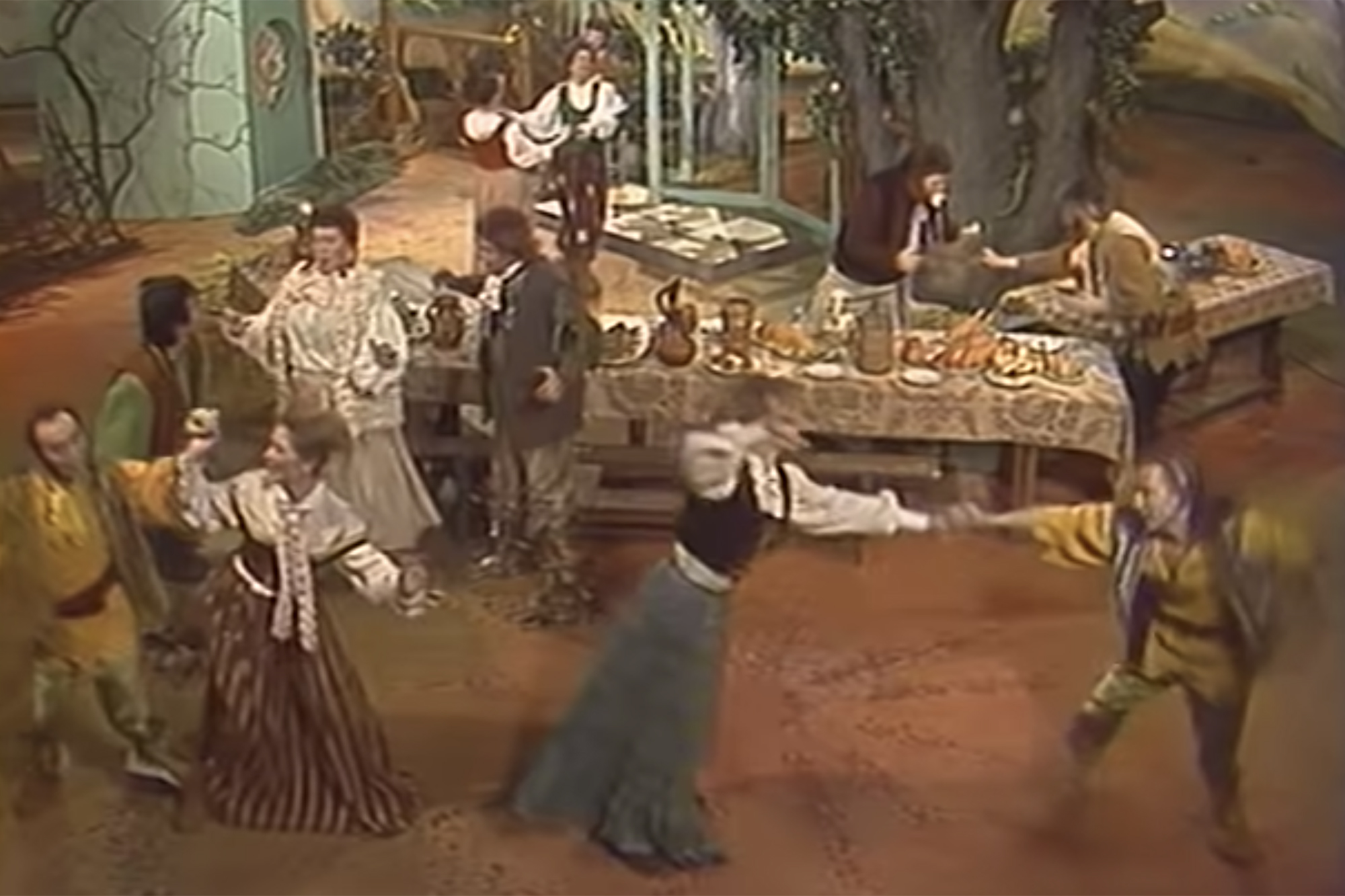 Eat your heart out, Peter Jackson.

A long-lost Soviet television adaptation of J.R.R. Tolkien’s “The Lord of the Rings” trilogy has been unearthed after being lost for 30 years, the Guardian reports.

Based on Tolkien’s first installment, “The Fellowship of the Ring,” the 1991 film “Khraniteli,” which translates as something close to “guardians,” aired on Leningrad Television just once before it was presumed lost after the fall of the Soviet Union later that year.

Made during a period of economic collapse in the USSR, the humble work serves as a time capsule of Soviet-style entertainment, marked by low-budget set design and special effects, and a soundtrack composed by Russian composer Andrei Romanov of rock band Akvarium. Romanov can be heard during the film’s opening number, in which he sings of the lore the 20-total Rings of Power, including the One Ring that serves as the impetus for “The Fellowship of the Ring.”

Fans have waited 30 years to find “Khraniteli,” the long-lost Soviet television adaptation of J.R.R. Tolkien’s “The Lord of the Rings” trilogy, released on Leningrad TV 10 years prior to Peter Jackson’s 2001 blockbuster “The Fellowship of the Ring.”

Unexpectedly, Russian state network 5TV, Leningrad TV’s successor, shared part one and part two of “Khraniteli” on YouTube last week, and more than 450,000 have tuned in so far.

“Fans have been searching the archives but had not been able to find this film for decades,” according to Russian-language fantasy fansite World of Fiction, which investigated the missing movie back in 2016.

Released 10 years before Jackson’s $93 million “LOTR” debut, “Khraniteli” managed to introduce a number of characters and plot points that the New Zealand film director left out, such as a supporting character, the Old Forest dweller Tom Bombadil, who hosts Frodo Baggins and company while on their journey.

Said one wishful American viewer on YouTube, “I’m waiting for a hero in Russia to make English subtitles for this. Please.”

“Khraniteli” is defined by its low-budget filmmaking, during a period of economic collapse in the USSR.