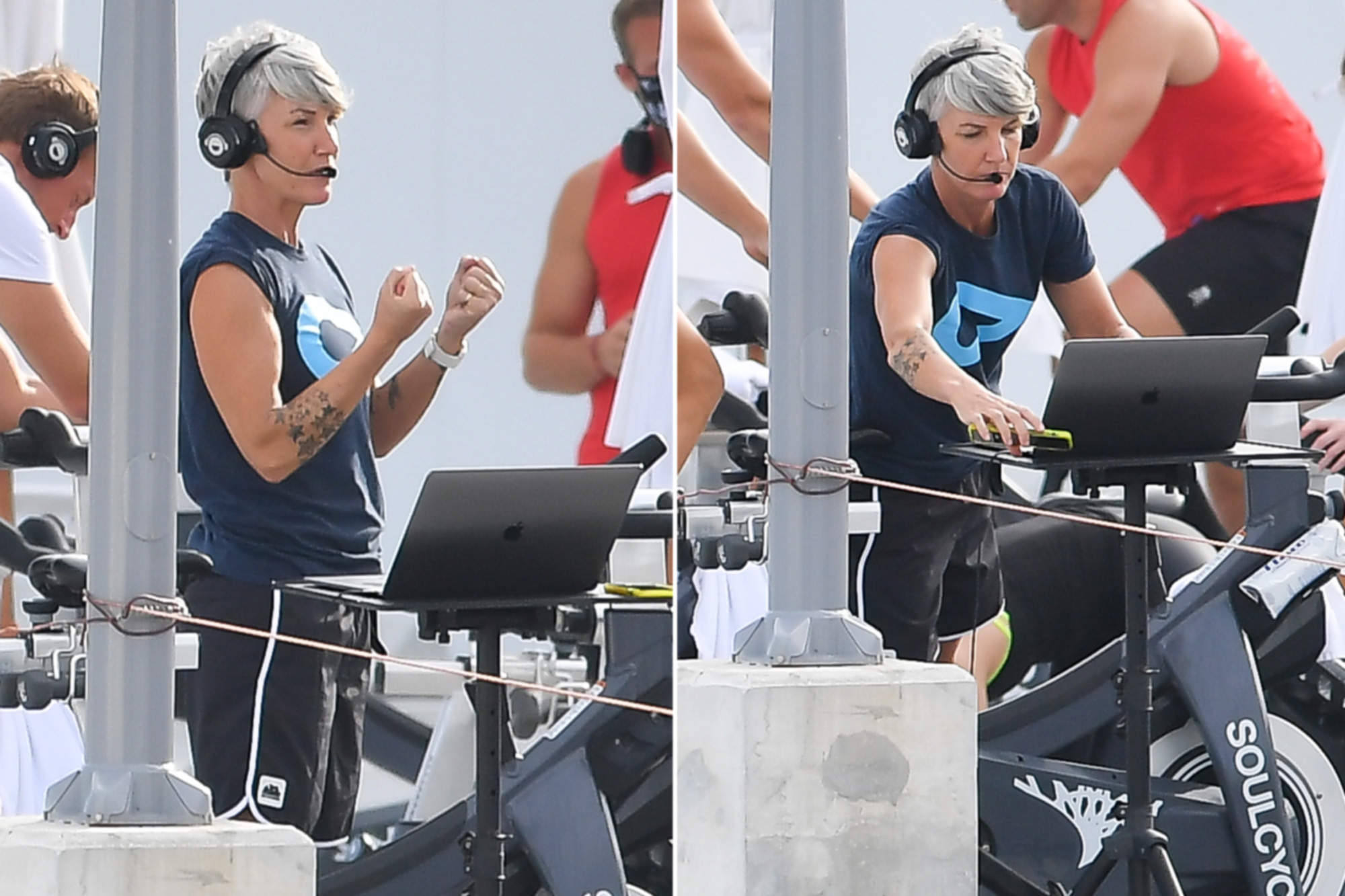 SoulCycle master instructor Stacey Griffith has been spotted at her new Miami assignment after exiting New York in the wake of her COVID-19-vaccination line-jumping scandal.

Griffith has been laying low since the debacle but was spotted Friday afternoon teaching a packed open-air spin class atop a parking garage in South Beach to 60 riders.

Griffith moved from New York following news that she managed to cut the line for the COVID-19 vaccination.Robert O’Neil / SplashNews.com

Griffith, 52, was able to cut the vaccine line by claiming she was an educator, posting about getting the jab on Instagram. She eventually apologized, saying she “made a terrible error in judgment” after getting heat from Instagram users — as well as Mayor Bill de Blasio.

Griffith was able to snag a vaccine shot in Staten Island.Robert O’Neil / SplashNews.com

But a former SoulCycle staffer wasn’t terribly surprised at the debacle, telling Page Six, “It’s completely in line with Stacey’s character. She operates entirely from a narcissistic standpoint. She has a huge God complex.”

SoulCycle, they said, “[loves] to ignore bad behavior from instructors … It’s a culture of bulls–t.”

Griffth’s temporary Southern sojourn was announced this week; she’s slated to be back spinning at Hudson Yards on the 20th.

Griffith is back in New York on Feb. 20.Robert O’Neil / SplashNews.com

It’s not the first PR bellyflop SoulCycle has weathered: Top instructors have faced accusations of making racist and homophobic comments on the job, having sex with clients and fat-shaming co-workers.