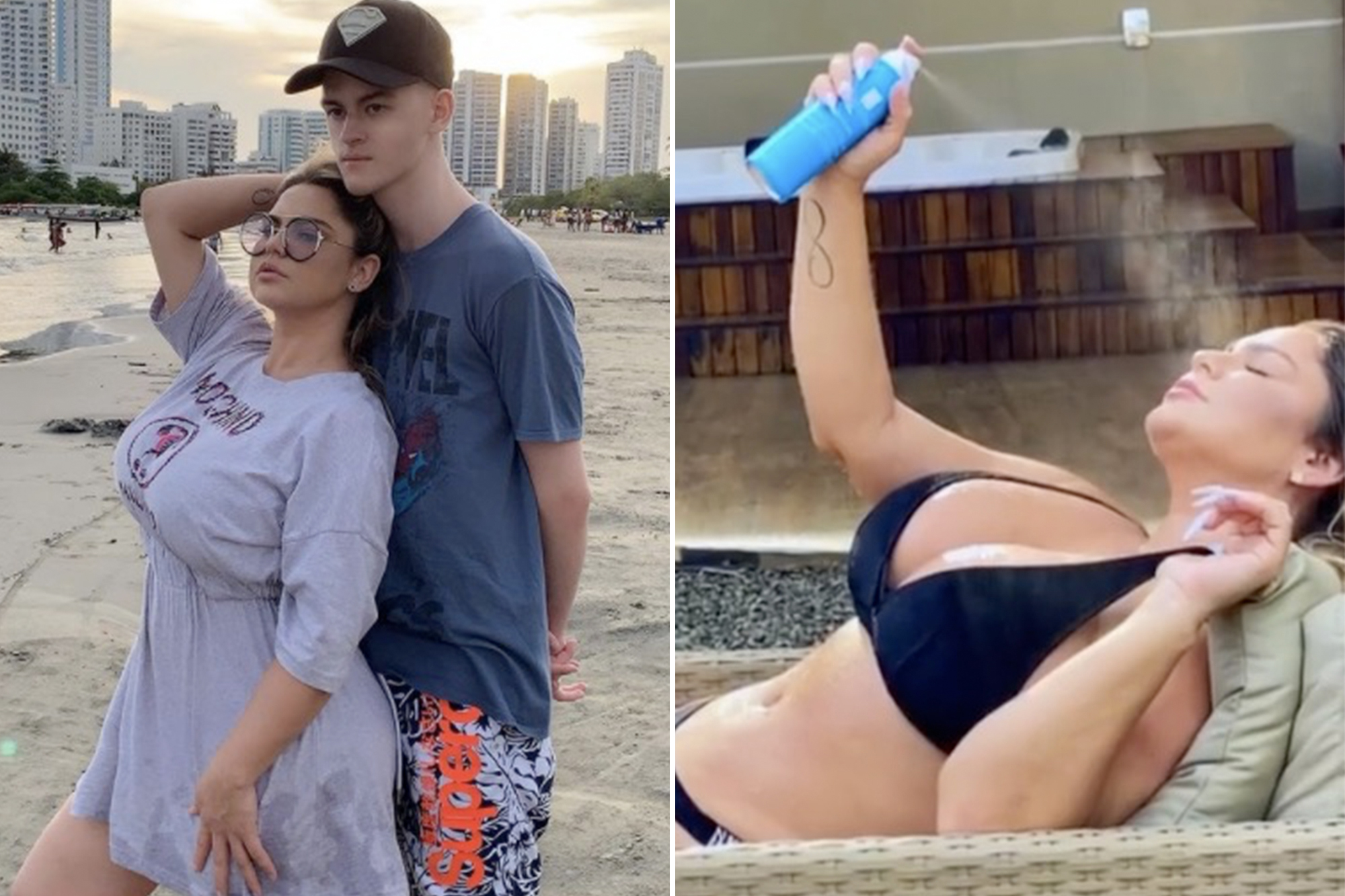 Mother’s little helper helped her go nude for some loot.

Leonardo Hathaway, 19, is going viral since launching an OnlyFans account for his bosomy mom, Lucene Duarte.

But Hathaway swears there’s no Oedipus complex involved here — just a loyal son returning the support of his mommy dearest.

“We have an incredible relationship between mother and child,” said Hathaway, who works as a male model in London, according to the Daily Star.

Hathaway has posed without clothes for men’s magazines before — but now, the teen is backing his mom as she snaps sexy shots for strangers on the adult subscription site.

“I have to support her choices, just as she supports mine.”

Duarte — a Brazilian Playboy pin-up and former Miss BumBum world winner with over 934,000 Instagram followers — stands to make a fortune from flaunting her full figure for a paying public like so many moms have since the onset of the pandemic.

And for laying the foundation for his mom’s OnlyFans windfall, Hathaway will reportedly be helping himself to a handsome handful of her hard-earned income.

“When asked if I support her, I always ask back: ‘Why shouldn’t I?,” he said.

But Hathaway isn’t the only kid to lend a helping hand in showcasing their yummy mummy’s moneymaker.

Atomic Kitten singer-turned-OnlyFans star Kerry Katona revealed that her 13-year-old daughter, Heidi, serves as her photographer for most of her saucy cyber shares.

Leonardo Hathaway, 19, set up an OnlyFans account for his model mother, Lucene Duarte.Instagram

“My children know I do it and Heidi even takes some of the pictures of me for the site,” Katona, 40, told British tabloid Closer Magazine.

“I say to [the children] ‘What’s the difference between me getting papped topless on a beach or going topless on a site I’m in control of?’ “

And much like Hathaway, Katona says her brood of five — ranging in age from 19 to 6 —are tickled pink over the amount of green her sexy pictures are earning.

“My kids are fine with it — they’re loving the money!”

It’s worth mentioning that while most OnlyFans top stars command a sizable six-figure pay stub from the spicy posts, on average, content creators earn about $180 a month from the site, according to a recent study.

So, money-hungry kids of the world, don’t automatically assume convincing Mom to pose in risqué scenes will be a viable get-rich-quick scheme.