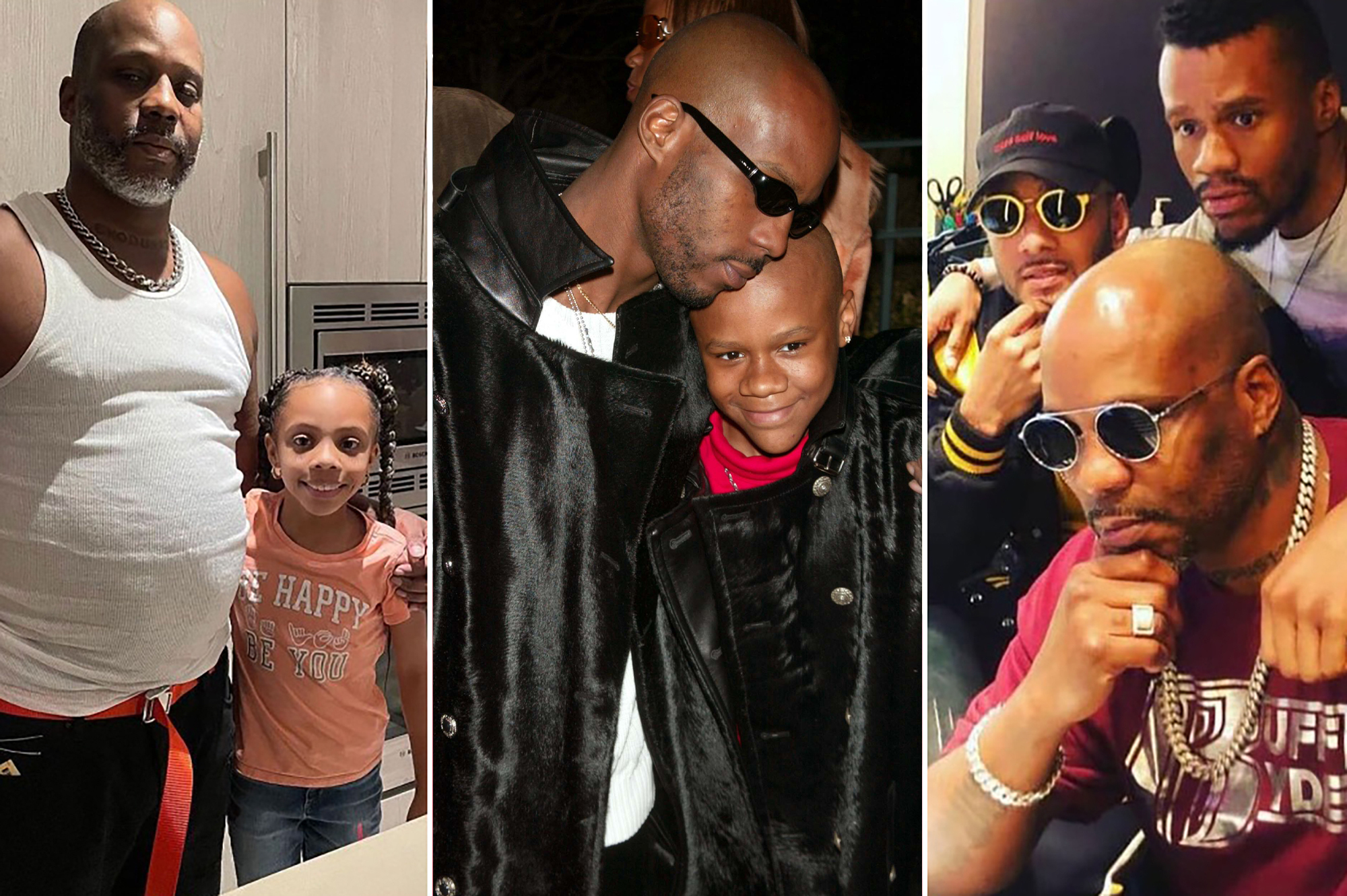 DMX could give the Duggar family a run for their money.

The Yonkers-born rapper, who remains in the ICU in a “vegetative state” after a drug overdose, is now surrounded by many of his children — some of whom were spotted at a mass vigil outside the hospital — as they say their “final goodbye” to their dad. But with COVID-19 restrictions in place at the White Plains medical center, only one child can see their ailing father at a time, reports the Daily Mail.

That means it could take up to 15 visits for him to see all of his kids.

The “Ruff Ryders’ Anthem” rapper, whose real name is Earl Simmons, has not only been prolific in the rap game, but also in the offspring game — counting 15 children as the “flesh of his flesh.”

The 50-year-old told GQ he even has a Bible verse about being a procreator tattooed on his neck. “Exodus 1:7,” he said in 2019. “It says, ‘Be fruitful and multiply and your children will inherit the world.’”

That verse also inspired the name for his youngest child with his longtime partner, Desiree Lindstrom. Their son Exodus was born in 2016, but details about his other kids are somewhat scant. That same year, “X,” as fans call him, confirmed to “The Breakfast Club” that he has 15 children with nine different women in total. At the time, he was unsure if all of his offspring had ever met.

DMX with his kids and then-wife Tashera Simmons at the world premiere of “Cradle 2 The Grave” at Ziegfeld Theater in New York in 2003.FilmMagic

In 2013, he filed Chapter 11 bankruptcy, according to the Associated Press, citing some $1.3 million in child support owed to 10 children he fathered.

X has been in and out of court over the years as he battled over custody of his big brood. Most of his flock have flown under the radar despite counting the famous, raspy-voiced “Where the Hood At?” rapper and actor in films like 2000’s “Romeo Must Die” as their patriarch.

DMX and now-fiancée Lindstrom share Exodus, who was born in 2016.

Lindstrom’s social-media accounts are full of happy family photos, including one with DMX and his now-5-year-old son in Santa hats.

DMX on stage with daughter Aaliyah during his performance at Revolution on July 6, 2012 in Fort Lauderdale, Florida.FilmMagic

DMX also has a daughter named after the late singer Aaliyah Haughton, who died in 2001, a fact he revealed in 2011 on BET’s “106 & Park” while honoring the 10th anniversary of Haughton’s death. DMX and Haughton were co-stars in 2000’s “Romeo Must Die” alongside Jet Li.

“This is my own personal, special tribute to Aaliyah,” he said, while bringing his infant daughter on camera.

“This is Aaliyah,” the proud dad says while cradling the baby. “It’s my newest baby and I named her after Aaliyah because that’s how special she was to me.”

“Know that your named after an angel,” he says to the child, whose mother is unknown.

He was a proud father on stage in 2012 during a show when he brought his daughter Aaliyah up for the crowd to see.

Before Lindstrom, DMX was married to Tashera Simmons from 1999 to 2014 and they had four children together. One is 28-year-old Xavier, who has starred in films and authored a book.

Tashera and DMX’s son Tacoma is 21 years old and lists himself as a “musical composer” on his Instagram, which is private. In 2019, his proud mom shared a photo sending him off to college.

Sean Simmons does not have a public social-media account, but Tashera Simmons has shared photos of her 18-year-old son on her Instagram page.

The daughter of Tashera Simmons and the rapper, Praise Mary Ella Simmons, is about to turn 16, according to IMDB which has her birthday listed as April 18, 2005. Her mother shared photos of her for her birthday in 2019 on Instagram.

DMX and Tashera Simmons appeared on Season 1 of VH1’s “Couples Therapy” in 2012 before their split, where they revealed he had extramarital affairs and children out of wedlock. That year, she confirmed to Essence that he had fathered six children outside their marriage, but did not elaborate further.

The “Slippin’” rapper fathered a child with Monique Wayne in 2004 after a DNA test proved he was the father. In 2008, DMX was ordered to pay Wayne $1.5 million in damages after he was accused of defamation, false statements and “unreasonable publicity” about her.

“I’m a single parent, as far as I’m concerned,” Wayne said at the time.

He also reportedly has two kids with ex Yadira Borrego, who recently shared photos of a pair of youngsters with DMX onstage. “Minor set back for a Major come back ! God got You, Your family got you, The kids got you, I got you !! The World got You!! Let’s go,” she wrote on Sunday along with photos that match press images taken during a 2019 concert in Fort Lauderdale, Florida. She also shared a photo the night of the show, writing: “Great show My babies Love their Daddy so much.”

DMX invites two of his children on stage
at a concert in Fort Lauderdale, Florida in 2019.Larry Marano/Shutterstock

Borrego was seen at the Monday night vigil in the crowd with his fiancée and ex-wife and shared photos from the vigil in her Instagram stories. She also shared a photo of her children and some of X’s other kids with the caption “Siblings.”

It even appears DMX’s son is following in his footsteps as a rapper. Borrego shared a video of the youngin’ rapping, in which he declares his name Lil’ Smoke, on her YouTube page. In another video, she revealed that the boy is 9 years old after he says his dad met her “because of her looks.”

He also allegedly had a child with another woman in 2008, according to Rolling Out. In January, DMX posted about his “daughter” and her new song, and linked to Instagram handle @sonovah_junior. That account posted photos of the rapper with a young girl, with the caption: “I love you daddy.” An Instagram account which appears to be the young girl’s mother’s page shows the same photo along with a video backstage during a DMX show.