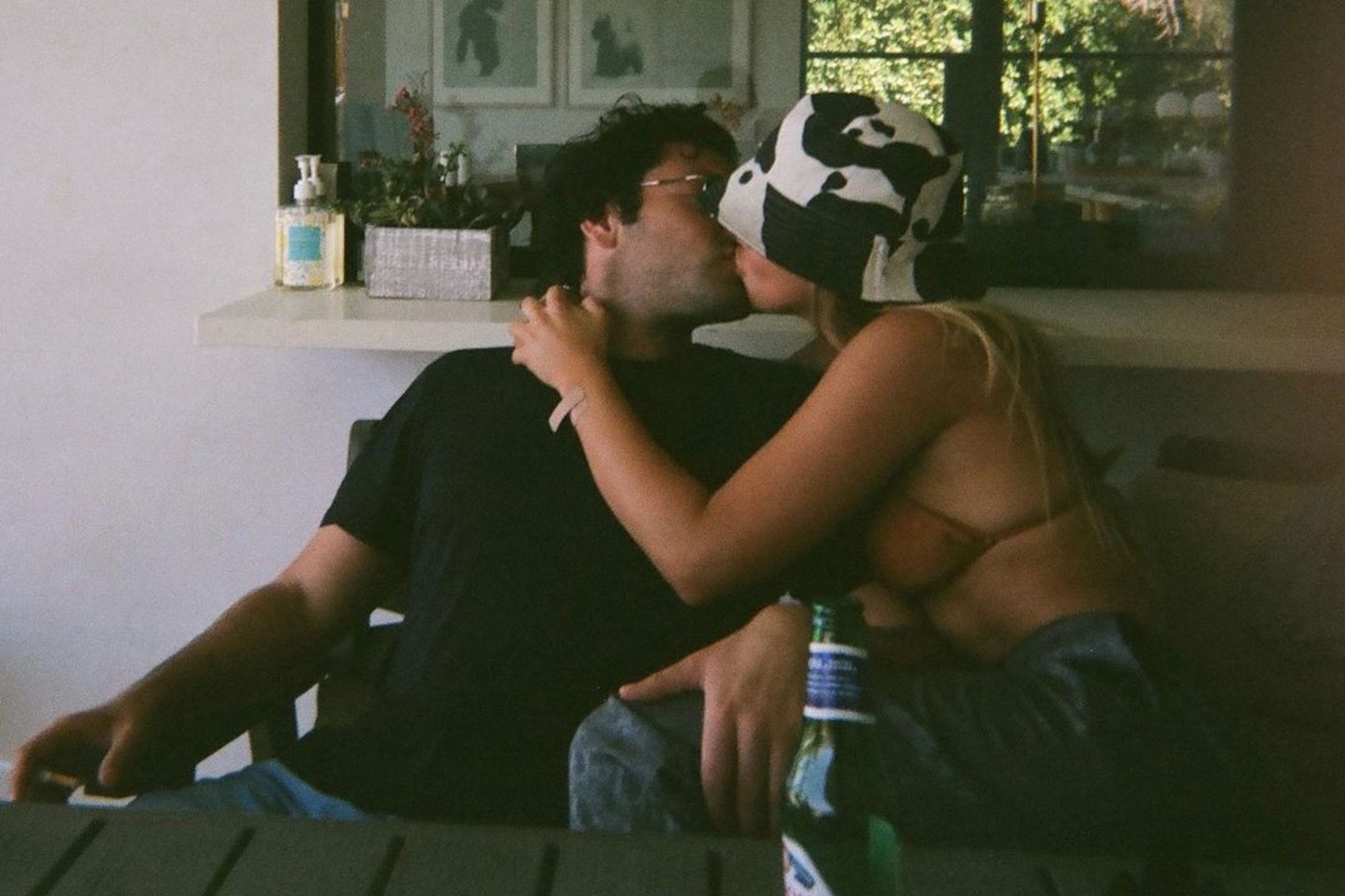 They’ve sealed their relationship with a kiss.

Sofia Richie made her romance with boyfriend Elliot Grainge Instagram-official late Wednesday with photos of them kissing and cozying up to each other. The confirmation of their relationship comes just days after it was reported they were dating.

The daughter of Lionel Richie also posted a photo on her Instagram Story of her holding onto the music executive’s face while smiling wide.

The 22-year-old model first fueled romance rumors in late March when she posted a photo with Grainge, who is the son of Universal Music Group Chairman and CEO Lucian Grainge, but didn’t address the hearsay.

It’s her first official romance since she and Scott Disick split, though she was briefly connected to Matthew Morton.

Friends and fans took to the comments to express their happiness for Richie and the 27-year-old founder of 10K Projects, which produced Tekashi 6ix9ine’s albums.

“So happy for you sis!😍” Paris Hilton wrote.

“So happy for you Sofia. You deserve a man who really loves you,” commented a fan. “Be happy beautiful womam [sic]!”

Another fan joked that Richie would break Disick’s heart with the photos.

“Damn we’re breaking Scott’s heart all in one week huh,” the follower noted.

Page Six exclusively revealed that Scott Disick, 37, and Richie broke up after nearly three years together over Disick’s struggles and his close relationship with ex Kourtney Kardashian, with whom he shares three children.

“Kourtney didn’t make it easy for her,” our source claimed, “and you can only tolerate that kind of treatment for so long.”

On a recent episode of “Keeping Up With the Kardashians,” the Talentless founder claimed Richie presented him with an ultimatum—pick her or Kourtney.