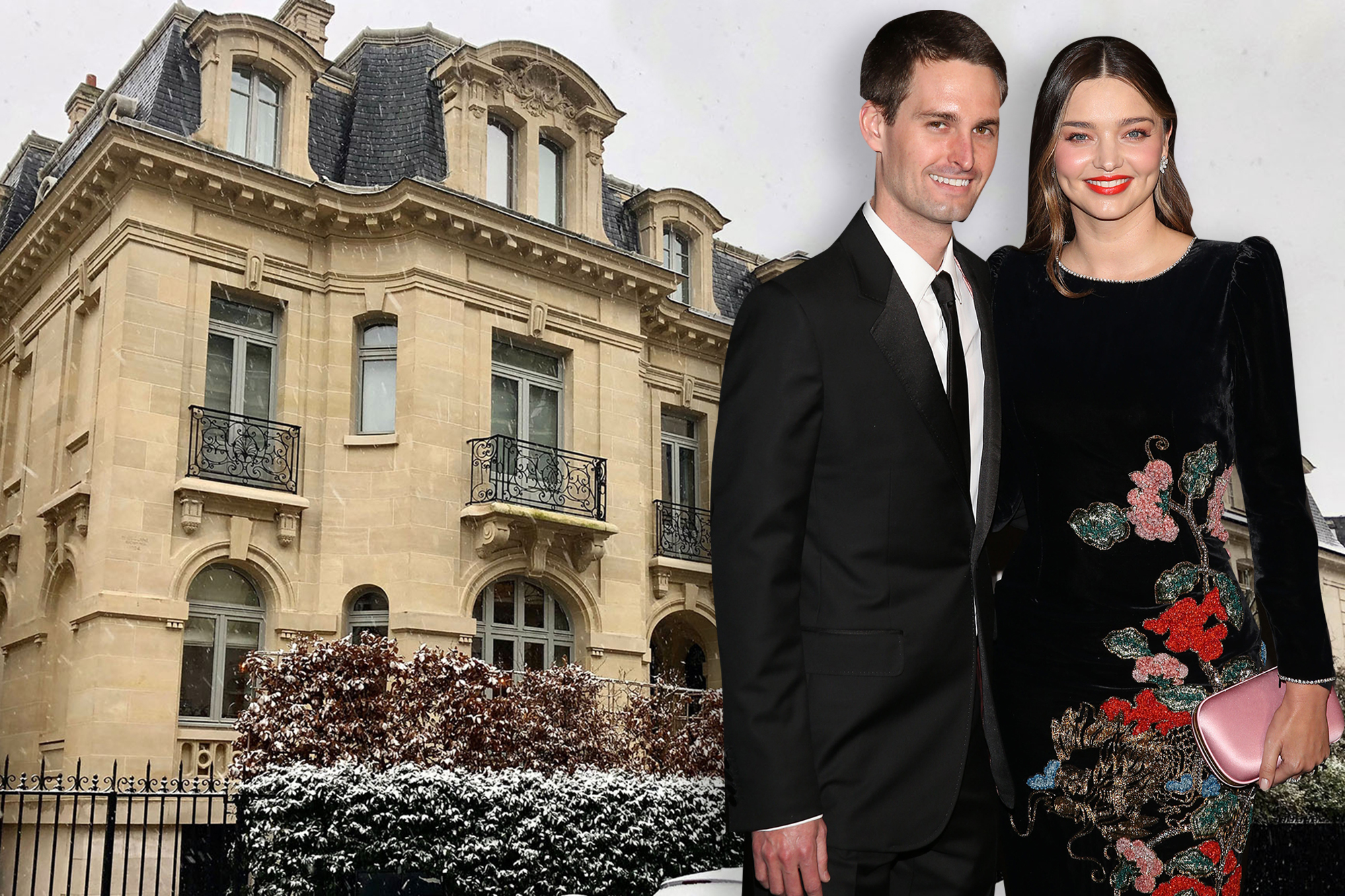 Snapchat co-founder Evan Spiegel and supermodel Miranda Kerr have shelled out a whopping $30,358,000 for a sensational Paris mansion, The Post can exclusively reveal.

The six-bedroom, five-bathroom abode is located in the heart of Paris behind the majestic Seine river. It includes a swimming pool in the courtyard, a garden, a library, a music room and a wine cellar. Two of the bedrooms have their own dressing rooms.

The home also holds separate quarters for nurses, maids and chefs. Despite these features, Spiegel and Kerr will have to undergo a series of renovations.

Spiegel, 30, purchased the property back in May after receiving French citizenship by President Emmanuel Macron in 2018.

The two have already been spotted around the city of love shopping at some of the designer boutiques.

Kerr, 37, recently came under fire in New Wales, Australia after she reportedly broke quarantine rules. According to 7 News, Kerr was issued an official warning from NSW Police after leaving her Hunter Valley property while completing a mandatory 14-day quarantine period. The Kora Organics founder had just flown in from Los Angeles.

Spiegel and Kerr married in 2017 after two years of dating and they share two children. The Australian native also has a 10-year-old son from her previous marriage to Orlando Bloom.