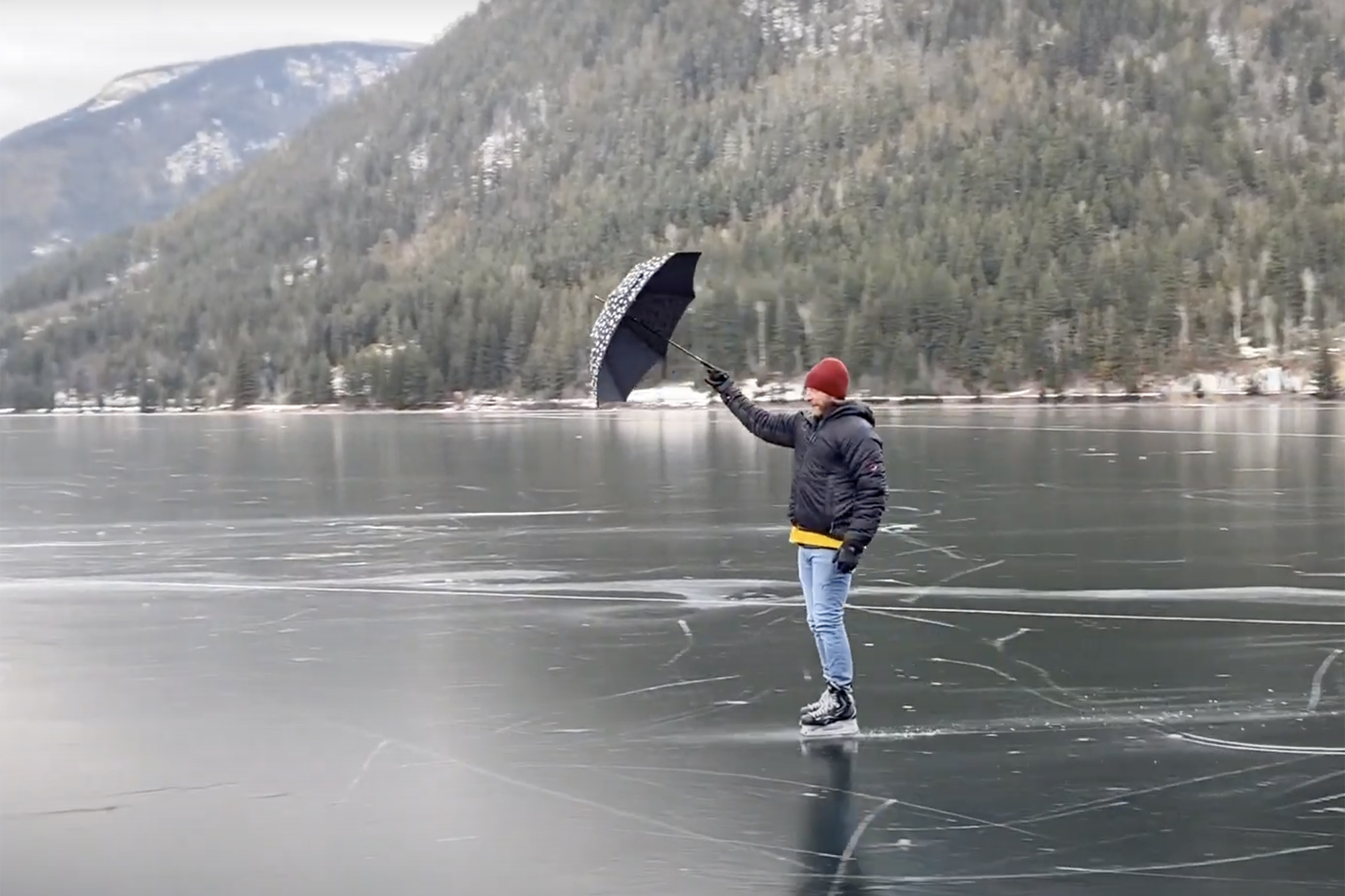 An inventive Canadian skater wowed social-media users after using an umbrella to glide across ice like Mary Poppins.

‘It turned out to be a good idea as we could really cover the lake quickly,” said Devin Jenson of his daring ice-capade. The stuntman devised the “very fun” mode of transportation while playing hockey with friends on Three Valley Lake near Revelstoke, British Columbia.

“My friend Bill then realized he had an umbrella in his car so we thought we would give that a try to pick up speed,” he told Storyful.

In the ensuing minutelong video, Jenson can be seen on skates with his umbrella outstretched like the beloved Disney character as the wind tows him across the ice via his improvised parasail. The comical clip concludes with the subzero windsurfer flashing a thumbs-up to the videographer while he glides by.

“Not only was it snow-free, but it was also perfectly smooth and flat, which made for an amazing afternoon,” gushed the daredevil, who hadn’t seen the lake freeze like that despite living there since 1989.