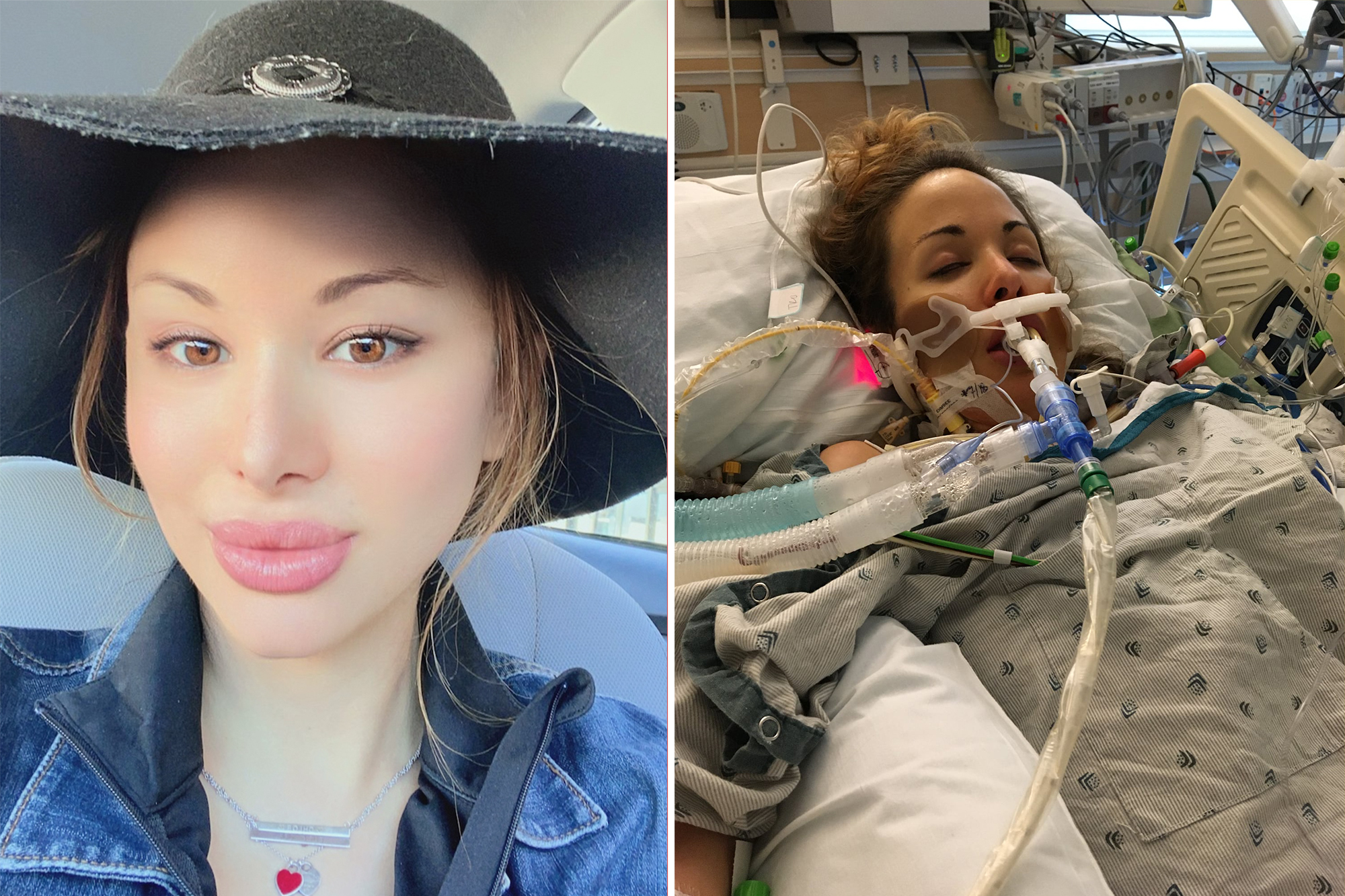 During an intimate Zoom performance on Sunday afternoon, Chloe Temtchine belted out a sultry rendition of “Feeling Good,” bellowing the familiar lyrics: “It’s a new life for me — and I’m feeling good.”

But Temtchine, a 38-year-old singer-songwriter, just didn’t know how good she’d feel. It was the first time the veteran performer sang in more than six months after receiving a harrowing double lung transplant in August.

“I’ve only sung for my doctor and nurses informally,” she told The Post about feeling “inspired” to sing for an audience again. “I’m rebuilding my voice post-transplant — I’ve basically been relearning how to sing.”

Since 2012, Temtchine has been living with pulmonary hypertension (PH), a rare and serious disorder in which a high level of blood pressure in the arteries leads to an enlargement of the heart. Hers was three times its normal size.

“I was a walking corpse. Doctors had no idea how or why I was alive,” she said of the time immediately after her diagnosis. Temtchine had to haul an oxygen tank, which she lovingly dubbed “Steve Martin,” everywhere she went — including onstage.

“I kept pushing to try to perform, and every time I did, I got worse and worse. I did the best I could with what I had,” Temtchine said, noting that her paralyzed vocal cords compromised her voice. Chloe Temtchine

Despite the dark prognosis, she was determined to write and perform. She had experience writing music with an accomplished array of songwriters and producers, including Toby Gad (who has written for John Legend, Madonna and Fergie, among many others) and Greg Camp of Smash Mouth.

Temtchine suffered a heart attack this past summer.

But her once-booming career was admittedly “derailed,” Temtchine said, mostly because performing became so arduous.

“I kept pushing to try to perform, and every time I did, I got worse and worse. I did the best I could with what I had,” she said, noting that her paralyzed vocal cords compromised her voice.

In July 2020, Temtchine and her guitarist boyfriend Dave Berry were packed up and ready to move back to NYC from Los Angeles for good. During an otherwise normal walk on the treadmill, her heart rate shot up to 175. It was a heart attack.

“Then all hell broke loose, and I ended up in the ER,” she said, noting that she received a new diagnosis of PVOD, or pulmonary veno-occlusive disease, adding that she fell into a four-day coma and was on life support for three weeks.

“It was life or death in the biggest way,” she said.

On August 5, Temtchine received her double lung transplant in a grueling 12-hour surgery.

While her only priority was to survive, Temtchine still hoped to sing again.

“These doctors, who were so focused on saving my life, were so careful for the sake of my singing voice,” she said. Post-surgery, “It’s been a tricky recovering and my body looks like it’s been to war.”

While updating fans on her condition during a Zoom show, which she also posted on YouTube, Temtchine admitted there were some nerves. “I always get emotional when I talk about the people who saved me,” she said. “I got a little choked up when I played ‘Lean on Me.’ ”

But she was thrilled to sing again for the first time since her surgery, only now without feeling short of breath.

“I was just so happy and grateful to be able to do what I love.”

The singer remains in LA to be close to her doctors and continue her recovery, and is preparing for the release of her latest album, “You Save Me,” which drops online on Sunday. The album contains songs she recorded before the transplant.

But her goals have shifted.

“Instead of the Grammy I always hoped to have, you can have your Grammy — I just want to impact people in some way. The hope is to give that feeling to those who need it,” she said. “I feel like the happiest person on Earth.”