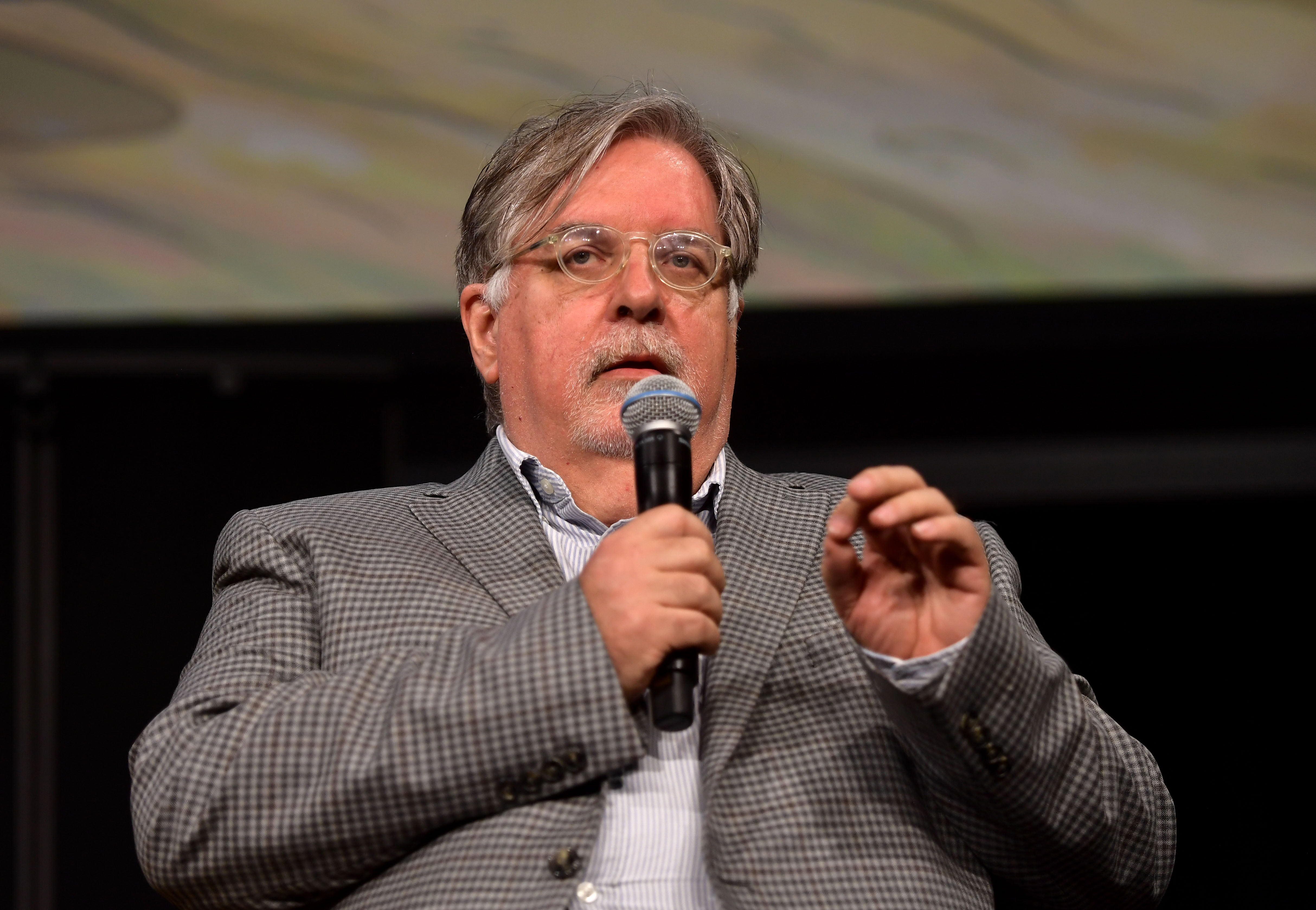 Matt Groening has emerged from the cartoonists lair — virtually, at least.

“The Simpsons” creator, 67, granted a rare interview to the BBC on Tuesday, where he candidly discussed his personal conclusions regarding the show’s recent controversies concerning race and representation.

The legendary show has been much criticized for its decision to cast white actors to voice characters of color when the show debuted some 31 years ago.

“Times change,” Groening told the BBC, “but I actually didn’t have a problem with the way we were doing it. All of our actors play dozens of characters each, it was never designed to exclude anyone.”

However, actor Hank Azaria, who voiced the Kwik-E-Mart shopkeeper Apu since 1989, stepped down amid public outcry last year to make way for an as-yet undetermined actor of South Asian origin. Earlier this week it was announced that the role of Dr. Hibbert, once voiced by Harry Shearer, was given to actor Kevin Michael Richardson (“Family Guy”).

The production was initially defensive, with Groening responding in 2018 that he was “proud” of the show, and a victim of a “culture where people love to pretend they’re offended.”

Actor Hank Azaria, who voiced the Kwik-E-Mart shopkeeper Apu since 1989, stepped down from the role in 2020.Getty Images/Everett Collection

Groening’s opinion has since softened in favor of a more inclusive stance.

“We’re not going out of our way to comfort bigots,” he told the BBC. “On the other hand, if you do any kind of gesture and people perceive a weakness, you’ll be criticized.”

“I absolutely agree with that. And we’re trying to make it better,” he added. “Bigotry and racism are still an incredible problem, and it’s good to finally go for more equality and representation.”

The show announced in February that the role of Dr. Hibbert, once Harry Shearer’s (left), will be voiced by actor Kevin Michael Richardson (“Family Guy”) going forward.Getty Images/Everett Collection

He also discussed an entirely different sort of controversy: his feud with the transportation enthusiast organization the Monorail Society, which includes 14,000 members from around the globe. It’s been said that “The Simpsons” Episode 12 of Season 4, titled “Marge vs. the Monorail,” is the reason why more city dwellers aren’t hitching rides on monorails. Had the iconic musical episode — which saw Marge save Springfield from a scamming monorail developer — never aired, the monorail would be taken more seriously today, according to society members.

“I don’t know what to say, I’m sorry,” he joked. “That’s a by-product of our viciousness.”

The animator shows no signs of slowing down. His latest project, “Disenchantment,” a comedy-fantasy cartoon starring Abbi Jacobson, Eric André and Nat Faxon, is in its third season on Netflix.

“Doing ‘Disenchantment’ is about the most fun I ever have. I get to work with some of the funniest, smartest people around and play with them and tell stories. It’s just a blast,” he said.