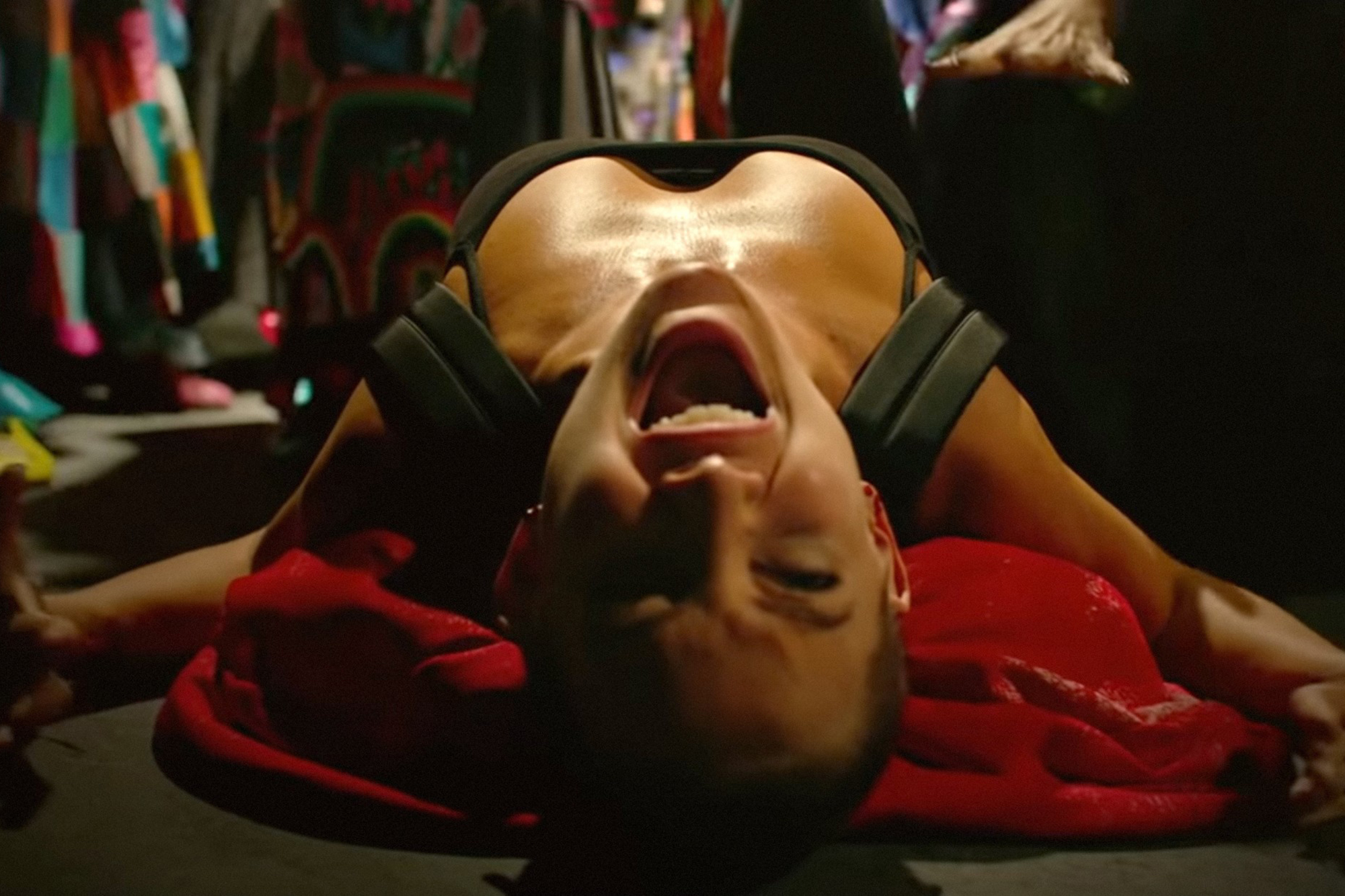 Was Sia wearing a two-toned wig in front of her face while she directed “Music”?

That’s the only explanation I can muster for this wreck. The reclusive Australian singer, who also co-wrote the script, must have not been able to clearly see what she was shooting, given the catastrophic lack of judgment marring every frame of her freshman feature.

You’ve probably heard about the controversy surrounding the music-driven movie’s depiction of autism (well deserved!). But this is not a case of a few tut-tutters’ finger-wagging tarnishing an otherwise great work of art. “Music” is totally unwatchable.

Let’s start with the autistic teen girl’s name — Music (Maddie Ziegler). So subtle. After her grandmother dies of a stroke, Music’s drug-dealing half sister becomes her new caretaker. The sibling’s name? Kazu (Kate Hudson). Who was their father? Harpsichord?

Music cannot speak outside of a few phrases — she yells “Make you eggs!” when she wants breakfast — and, as played by Ziegler, who is not autistic, always has her mouth open with a wide grin and exaggerates facial expressions like she’s Marcel Marceau. It’s an uncomfortably heightened imitation that never rings true and verges on mockery.

At least there was no dancing in “Rain Man.”

Sia’s film — screening in IMAX theaters, so the viewer’s pain will be six times bigger — includes cringe-worthy song sequences that seek to explain the mindset of an autistic girl who cannot express herself with words.

The teenager always wears over-the-ear headphones and listens to tunes during her daily walks around New York, where neighbors wave and say hello as though they’ve just arrived from Sesame Street. All of a sudden, reality fades away, and then we experience her thoughts in stupid music videos with peppy songs by Sia.

Each one takes place in a Dylan’s Candy Bar from hell. The walls are mostly hot-pink and Ziegler dons brightly colored tutus with Whoville hair. She runs from a man dressed up as a shaggy dog while performing the angular dances that made her famous. Then she’ll jump with Hudson into a swimming pool filled with foam blocks. Does Sia think that autistic persons see the world like a cokehead Teletubby?

Oh, yeah. Kate Hudson is also in this. Hudson snagged her first Golden Globe nomination since 2001’s “Almost Famous” for playing a rebel sister whose life is spiraling. She’s not good, but you can see the rationale for the nod. The actress shaved her head and goes to an Alcoholics Anonymous meeting in one scene, which is more than enough for the Hollywood Foreign Press Association. (“Music” also snagged a nod for Best Film — Musical or Comedy.)

She also has no chemistry with Leslie Odom Jr., who plays a kind immigrant from Ghana named Ebo who selflessly helps Music and utters upbeat African wisdoms. The “Hamilton” actor is stuck with some of the film’s most controversial sections.

Using a widely debated method called “restraint,” he attempts to calm Music down during an outburst … by hurling himself on top of her.

“I’m going to crush you now and make you feel safe,” he says.

“You’re not hurting her?” replies a panicked Kazu.

“No, I am crushing her with my love!”

You can hardly believe it’s real; that major stars are speaking these words, that editors and post-production artists finessed the appalling scene and IMAX finally said, “Yeah, sure.” After receiving online backlash she somehow did not anticipate, Sia has vowed to cut those moments.

An even better idea: Sia should leave the director’s chair behind and resume swinging from chandeliers ASAP.