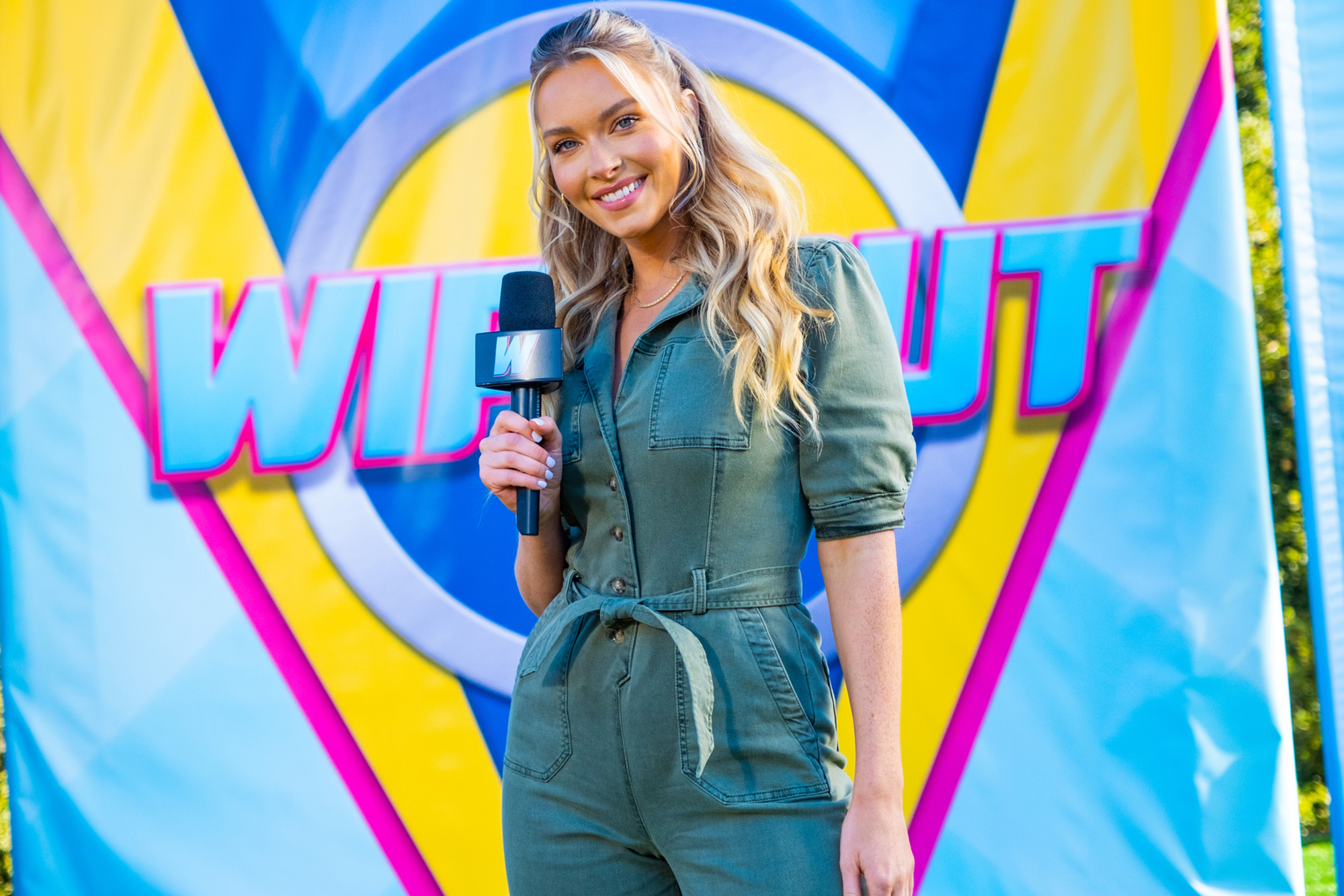 No one is having a better week than Camille Kostek.

The 29-year-old model, who will once again be appearing in the pages of Sports Illustrated’s annual Swimsuit issue, is also gracing the small screen Thursday as an in-the-field reporter on TBS’s revamp of “Wipeout.”

“This is a great week, I have to say,” Kostek told The Post on Wednesday. “I always knew that ‘Wipeout’ was going to be airing on April 1, but I didn’t know that my reveal for Sports Illustrated Swimsuit would be at the top of this week… It’s like all of my dream jobs meshed together, everything’s happening.”

“Wipeout,” which previously aired on ABC from 2008 to 2014, features contestants taking on a wet and wild obstacle course. Much like the original, the giant balls are back for the reboot, and with it, new co-hosts John Cena and Nicole Byer.

Camille Kostek stars as an in-the-field reporter on the TBS revamp of “Wipeout.”Eddy Chen

“They’re awesome,” Kostek said of Cena and Byer. “They actually worked closer with each other, I was a host in the field, so I was the one really up and personal with the contestants, getting to tell their stories, and be there for those big ‘Wiepout’ moments.”

Getting to know the competitors as they passed through the challenging rounds — the qualifier, the gauntlet, and the final “Wipeout Zone” — is Kostek’s favorite part of the job.

“The best part of my job is I really get to know these contestants, every single one. I’m talking with them, I’m up in their face, I’m so much to the point that when they get off of the obstacle course, from the qualifier to the gauntlet, I’m slimed, I’m wet, they want to hug me and I’m like, ‘Listen, I love you but I gotta stay camera-ready all the time, I don’t have wetsuits on like you guys,’” Kostek said.

Kostek hangs ten with the contestants on “Wipeout.”Tyler Golden

“But I think for me, meeting the contestants, first thing, when they show up on that set, it’s to the point that I get so close with them that I can feel their jitters, I almost get anxious for them, I get excited if they’re winded, I’m like, ‘Whoo, we’re really connected now,’” she continued.

With COVID-19 protocols in place, Kostek also spoke about the challenges of interacting with crew members.

“It was hard, COVID tested I think every single day. It’s definitely a new world to live in. And I think the biggest thing that was different was, everyone had to wear a mask. I was unmasked when I would interview the contestants but it’s such a different vibe when you can’t see people’s smiles,” Kostek said.

“I remember my audio guy, I worked with him every single day, he was mic’ing me up and it was towards the end of the season and he took his mask off, and I happened to catch him going to take a sip of water and I was like, ‘Is that you?’ I just feel like I’m meeting you for the first time,” she added.

Although Season 1 is just getting underway, should “Wipeout” be in the market for another in-the-trenches reporter, the former New England Patriots cheerleader — who is also dating Tampa Bay Buccaneers tight end Rob Gronkowski — has a certain idol of hers in mind.

“It’s a no-brainer for me to say Erin Andrews. I think we would have so much fun,” Kostek said of the Fox Sports sideline reporter. “Honestly, we would probably get in trouble for having too much fun and need to tell the story of the contestants.”