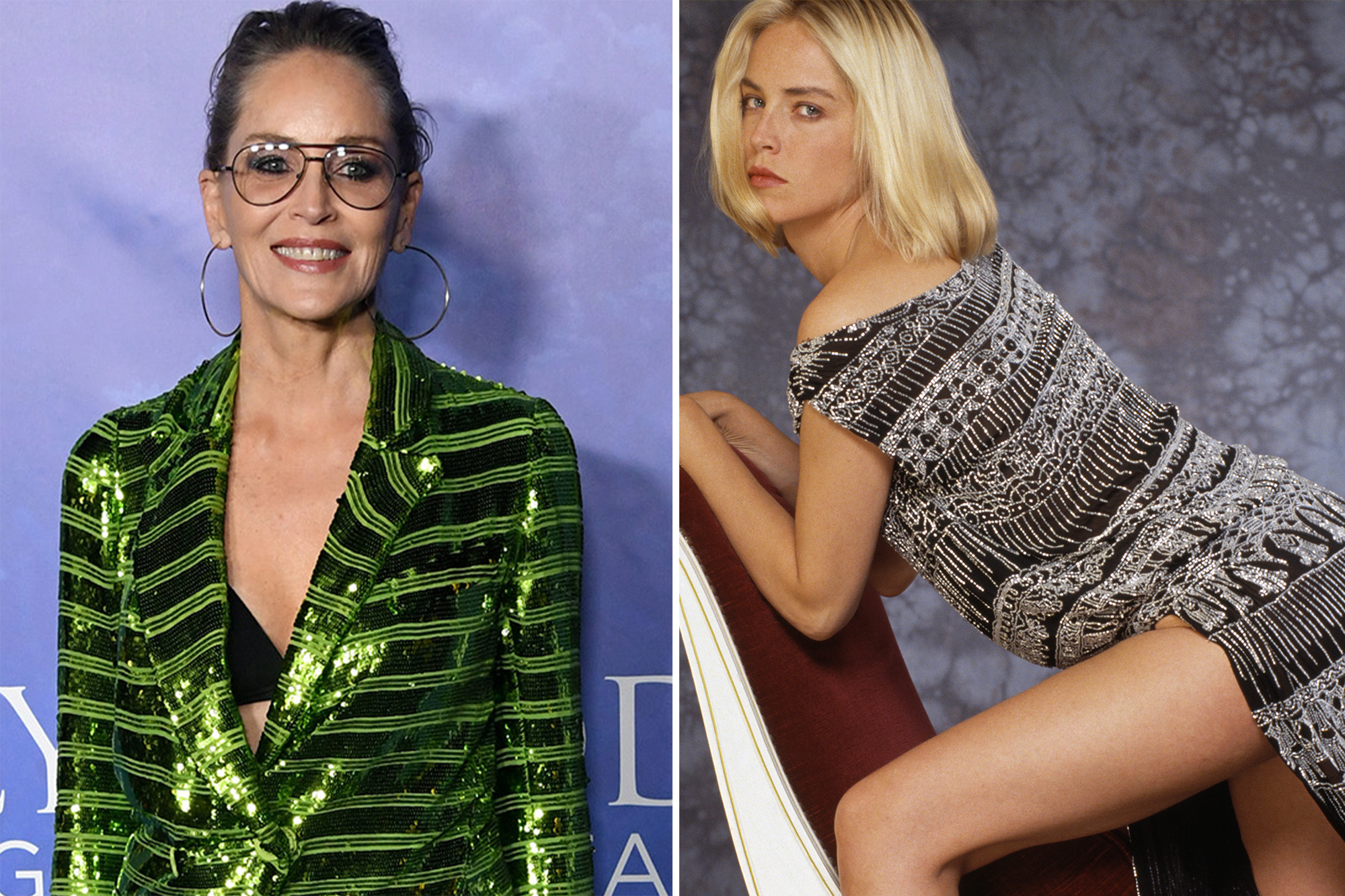 Lying in the ER after a catastrophic stroke and brain hemorrhage in 2001, Sharon Stone had a near-death, out-of-body experience in which a group of friends appeared in a vision at her bedside.

The trio – who’d already passed away — told the actress not to be afraid.

“The light was so luminous,” the “Basic Instinct” and “Ratched” star recalls of the encounter in her new memoir, “The Beauty of Living Twice” (Knopf; out Tuesday). “It was so . . . mystical. I wanted to know it. I wanted to immerse myself.”

The next moment, however, she felt “like I had been kicked in the middle of my chest by a mule,” and she “made a choice to survive.” She awoke with “the kind of gasp you take when you are underwater far too long.”

Two decades on and fully recovered, the model-turned-Oscar-nominated-actress, now 63, believes her health crisis helped make her stronger, more outspoken and better able to deal with past traumas. They include failed relationships, three miscarriages, all at 5½ months into the pregnancies, and childhood sexual abuse.

Sharon Stone’s new memoir is
“The Beauty of Living Twice.”

In the tome, Stone takes a swing at Hollywood predators. Among them is an unnamed producer who pressured her to have real-life sex with a co-star to save a flailing movie. Meanwhile, the unidentified actor in question made a “few haphazard passes” at her, undoubtedly “spurred on by this [the producer] genius.”

According to the two-time Emmy winner’s memoir, a member of the film’s production team told her: “We can’t see anything — I just need you to remove your panties, as the white is reflecting the light, so we know you have panties on.”

Nevertheless, it’s the details about Stone’s growing up in blue collar Meadville, Pa. — where she won a county beauty pageant before signing with Ford Modeling Agency in 1977 — that make the most disturbing reading.

Stone reveals that she and her younger sister, Kelly, were abused by their maternal grandfather, Clarence Lawson — aided by their grandmother, whom Lawson also abused. She would trap the girls in a room with her husband when they visited, starting when they were just toddlers.

At Lawson’s funeral (he died of a heart attack when she was 14), Stone reached into the casket to check that he could no longer harm them. “I poked him, and the bizarre satisfaction that he was at last dead hit me like a ton of ice,” she writes. “I looked at [Kelly] and she understood; she was 11, and it was over.”

That same year, the teen was badly injured in a horse-riding accident when the animal bucked as it charged toward a washing line, ripping open Stone’s neck. “There was plasma rolling down the front of my shirt,” she writes. “It was a gigantic f–ked-up mess of drastic proportions.” She has had repeat attempts at plastic surgery to disguise the scar, which “most people don’t seem to notice.”

In the memoir, Stone adds: “I personally feel proud of my scars. Even the ones that no one can see.”

Sharon Stone writes about sexual abuse and nearly dying from a stroke in “The Beauty of Living Twice.”

As for the massive stroke that happened when she was 43, the single mother of three sons recalls how she first felt numbness in her body followed by “terrible pain” in her head.

The brain bleed was diagnosed at the California Pacific Medical Center in San Francisco, where she later experienced the white-light moment featuring the three friends who had “crossed over before.” Even though at one point she was given a 1 percent chance of survival, she was eventually saved by a complex seven-hour surgery.

Afterward, she became something of a “hippie” who embraced Buddhism. “It’s amazing how much one learns when one has to,” she writes. “I became ‘Miss Peace and F–king Quiet,’ a title that I prize much higher than a Miss Crawford County pageant title.”

The twice-divorced Stone (she was married to screenwriter Michael Greenburg and then journalist Phil Bronstein) knows the revelations in her bombshell book will shatter that calm. But she expects to have no regrets over opening up about her life.

“I learned to see things differently,” she concludes in the final chapter. “I learned this from dying, from living, and from being what I’ve often been called: ‘The Last Living Movie Star.’ ”