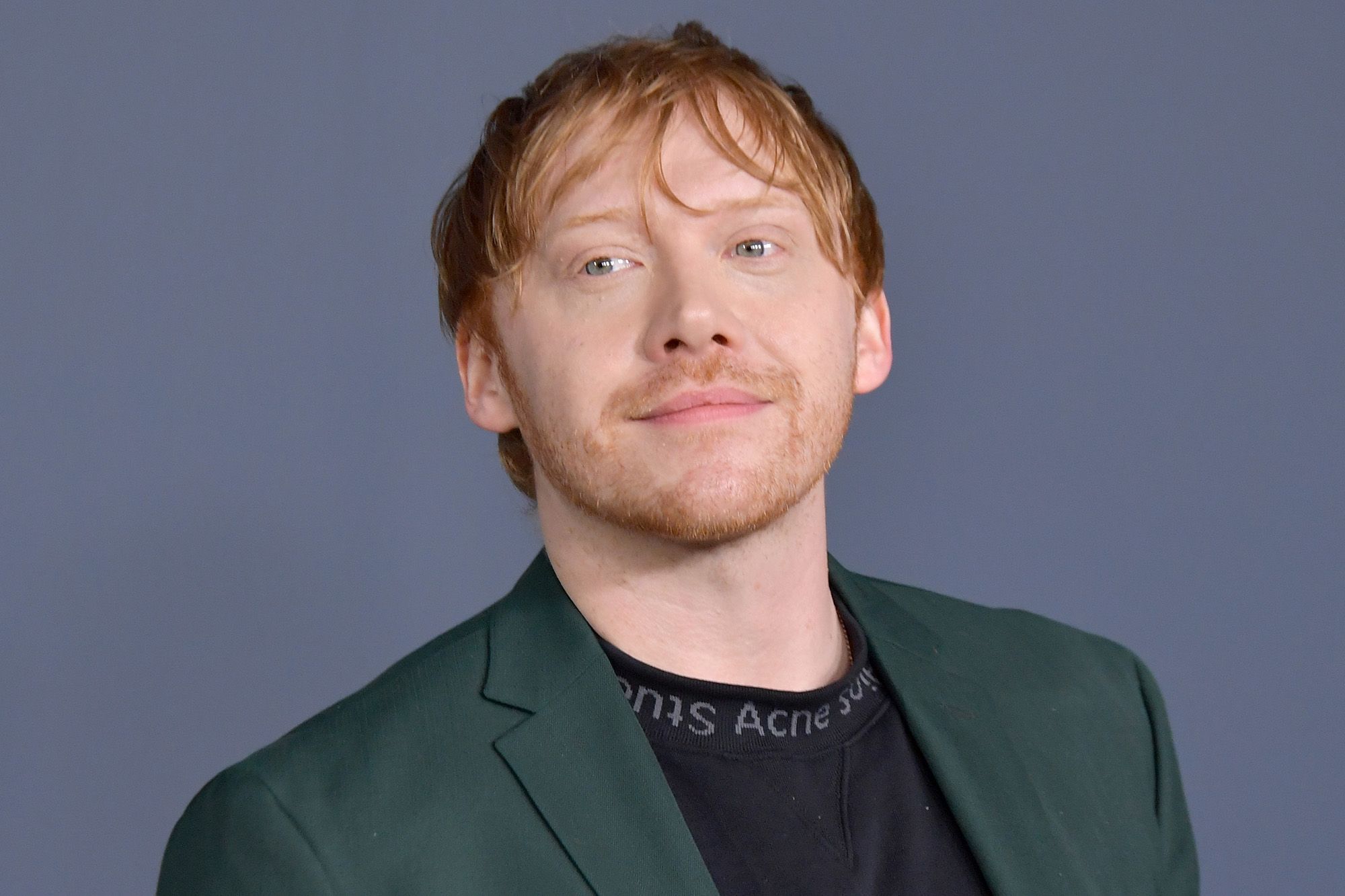 The “Servant” star — who did magical turns as wizard Ron Weasley in the eight-film “Potter” franchise — has joined the legion of celebrities who admit they can’t stand watching themselves on-screen.

“I’ve probably seen the first three at the premieres, but after that I stopped watching them,” Grint, 32, recently told Variety of his aversion to watching the blockbuster “Potter” flicks. “But now that I have a daughter, I will probably have to watch them with her.” Grint and his partner, Georgia Groome, had a daughter, named Wednesday G. Grint, in May 2020.

Grint is far from alone in fostering an avoidance of his own performances. He joins a long list of celebs who shun their screentime.

Among them: “Morning Show” actress Reese Witherspoon once shot down the thought of examining one’s work in an interview with Chelsea Handler. “I don’t know, who feels good looking at themselves?” the Oscar winner said. “Nobody, right? It’s torture. Why would you want to watch yourself being stupid and pretending to be somebody else?”

Academy Award winner Julianne Moore (“Still Alice”) confessed to being a teetotaler concerning her work, too, saying, “I haven’t seen any of my own movies. … I can’t sit there for a premiere or anything.”

And fellow Oscar celebrant Javier Bardem (“No Country for Old Men”) uses emphatic expletives to explain his fear, telling GQ of seeing himself on-screen, “I can’t even watch that f – – king nose, that f – – king voice, those ridiculous eyes. I can’t handle that.”

Emma Stone walked out of a screening of her 2010 comedy “Easy A,” saying, “Who wants to watch themselves for that long?” In 2010, Emmy-nominated “Lost” alum Matthew Fox admitted he’d never seen an episode of the ABC series, adding, “I just really am not comfortable watching myself.”

And in 2019, “Star Wars: The Rise of Skywalker” actor Adam Driver famously bolted from an interview with NPR’s Terry Gross when she dared to play a clip from the film “Marriage Story” on her “Fresh Air” radio show. In fact, he’d previously confessed to his aversion in a 2015 interview with Gross.

“Yeah, no, I’ve watched myself or listened to myself before, then always hate it,” Driver told her. “And then wish I could change it, but you can’t. And I think I have, like, a tendency to try to make things better or drive myself and the other people around me crazy with the things I wanted to change or I wish I could change.”

Grint co-stars opposite Lauren Ambrose in M. Night Shyamalan’s Apple TV+ thriller “Servant,” in which he plays the brother of a woman shaken by the death of her baby who creepily copes by raising a doll.

In the Variety interview, Grint also weighed in on a rumored “Harry Potter” series headed to HBO Max, which the network has denied.

“It’ll be weird if it was a continuation kind of thing,” he said. “I weirdly feel quite protective of that character. Even when I saw the stage shows, it was a very strange experience. … If it’s like a different group of friends, I guess it would be interesting.”

Daniel Radcliffe and Rupert Grint in the 2002 movie “Harry Potter and the Chamber of Secrets.”Warner Brothers/Everett Collection