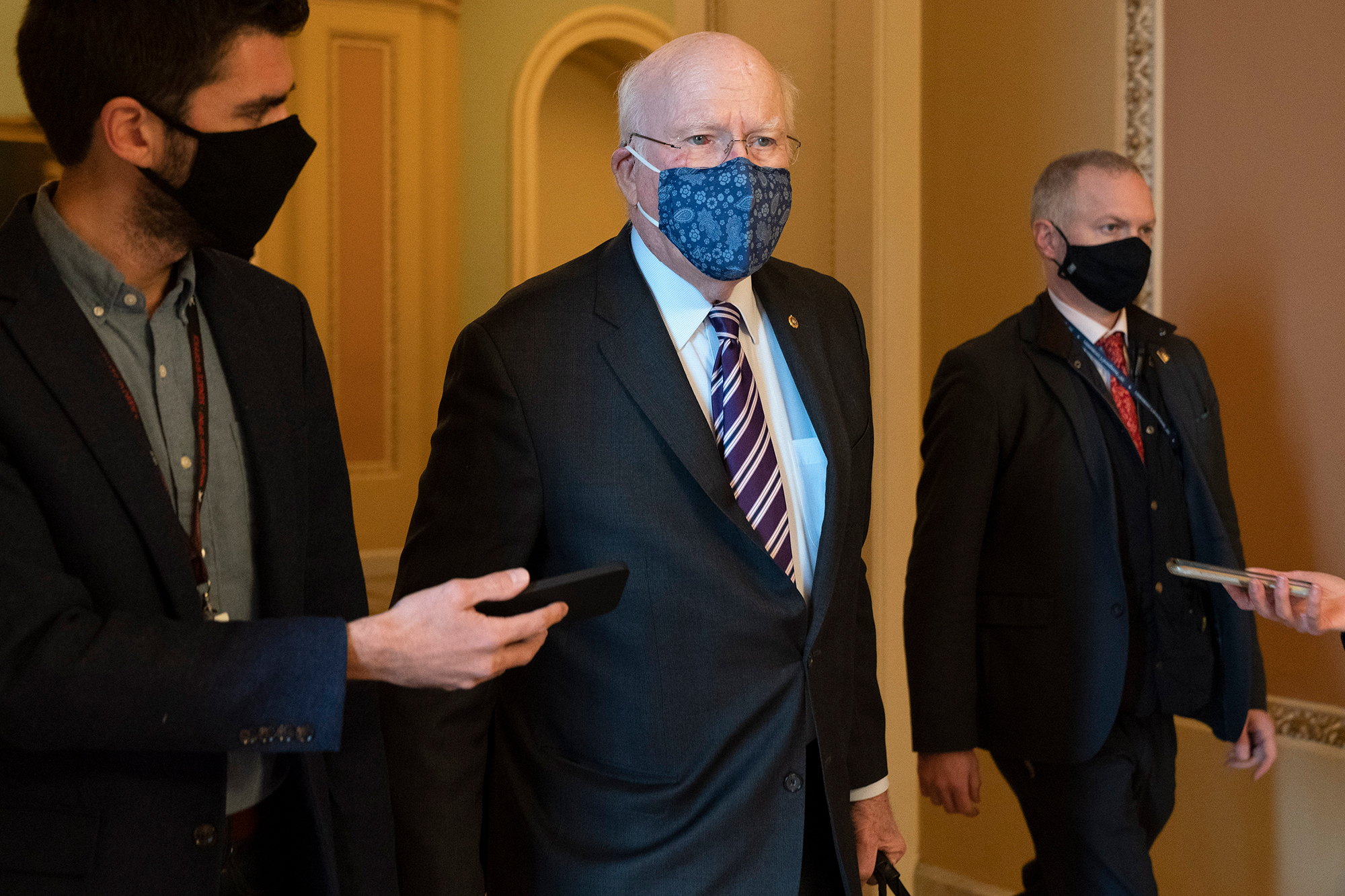 The senator tapped to preside over President Trump’s impeachment trial is no stranger to the limelight — he’s made cameos in at least five “Batman” movies over the years.

Sen. Patrick Leahy, a Democrat from Vermont, has appeared in more of the franchise’s films than any actor who’s actually portrayed the Dark Knight.

An avid comic book lover, the 80-year-old lawmaker got his start in Gotham with an uncredited cameo in 1995’s “Batman Forever.”

From there, he appeared as himself in 1997’s “Batman & Robin” and played a Wayne Enterprises board member in the last two flicks of the “Dark Knight” trilogy.

In 2008’s “The Dark Knight,” Leahy’s character boldly tells the Joker (played by Heath Ledger) that “We’re not intimidated by thugs.”

“You know, you remind me of my father. I hated my father,” the villain snaps back while holding a blade to Leahy’s face.

Leahy also had a bit in 2016’s “Batman v Superman: Dawn of Justice” as the character Sen. Purrington — in a scene set during a Senate hearing destroyed by an explosion.

It’s unclear exactly how Leahy got involved with the Caped Crusader, but according to TMZ, his actor son helped out by letting Hollywood bigwigs know early on how big of a “Batman” fan his dad was.

All of his earnings from the films were donated to charities — including the Kellogg–Hubbard library in Montpelier, where Leahy has said he first read comic books as a child.

The “Batman” superfan has also done some voice acting for the 1990s animated series and wrote the foreword for a 1992 collection of the comics.

Leahy — who was sworn in last week as Senate president pro tempore — was briefly hospitalized on Tuesday after saying that he did not feel well.

“Out of an abundance of caution, the Attending Physician recommended that he be taken to a local hospital for observation, where he is now, and where he is being evaluated,” Leahy’s spokesperson said.

He was released on Tuesday night and said he was feeling better.

Wendy Williams Exposes Ex-Husband Kevin Hunter For Cheating On Her Even While She Was Pregnant With Their Son!
Reginae Carter Flaunts Her New Cleavage While Working Out – Check Out Her Tiny Waist As Well
Comment