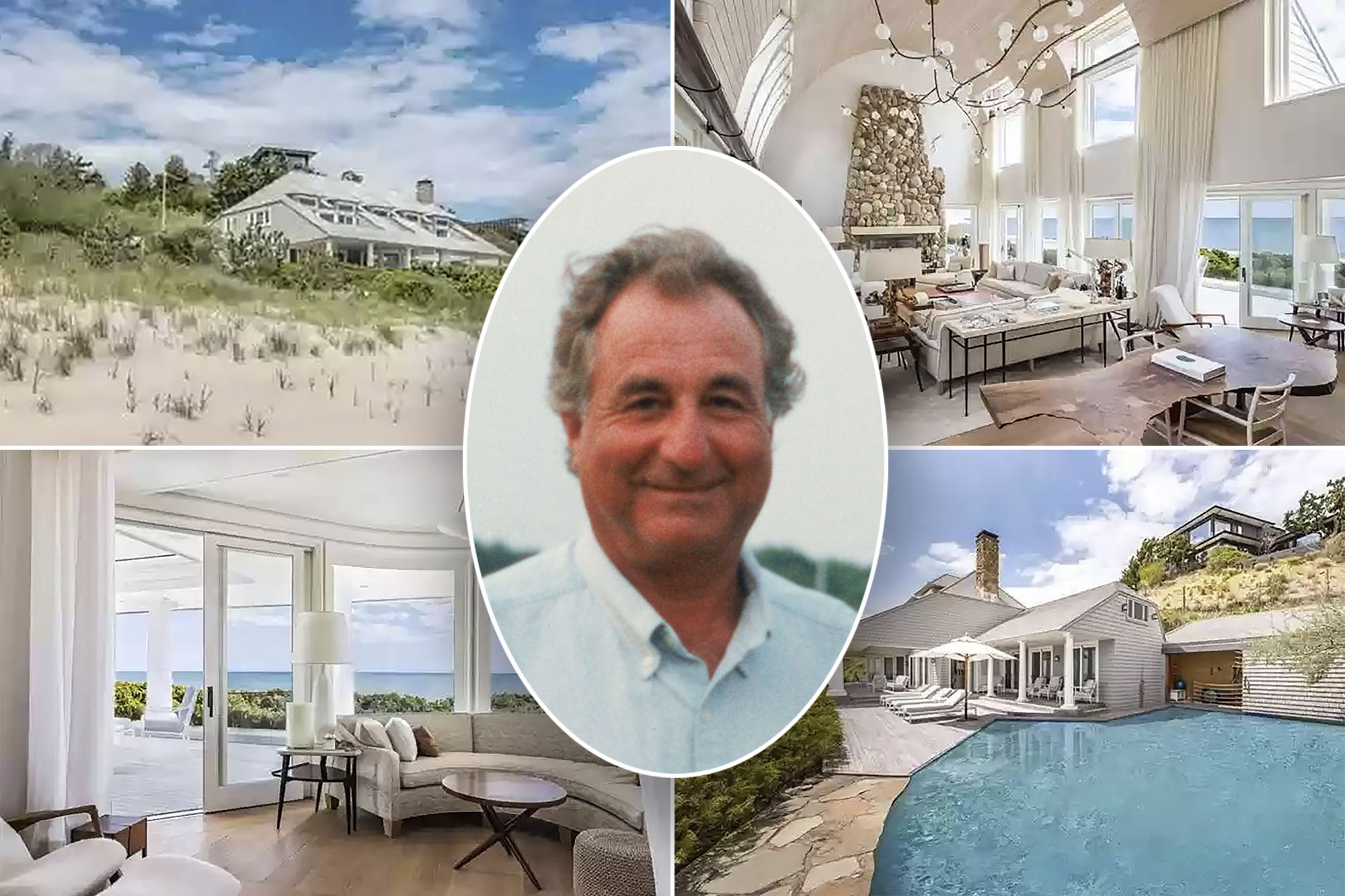 At the start of his 150-year prison sentence, infamous Ponzi scheme architect Bernie Madoff was ordered to sell his 3,000-square-foot Hamptons beach house.

The bungalow sold to its original developers for less than $10 million in 2009, the year Madoff — who died Wednesday at a secure federal medical center in Butner, North Carolina — was sentenced. The sale partially helped to repay swindled investors in Madoff’s $65 billion scam.

The three-bedroom, 3 ½-bathroom home has not changed hands since the forced sale, but it has been on and off the market for three years.

Financier Bernard Madoff and his wife, Ruth, lounge on a white couch at their Montauk beach house in July 1980.Getty Images

The private, gated home has 180 feet of oceanfront and sits on 1 ½ acres. The house has expansive views of the Atlantic Ocean and was fully renovated in 2011 by architect Thierry Despont.

Inside, the two-story great room has French doors and wide windows stacked on top of each other, reaching up to the barrel-vaulted ceiling. A stone fireplace towers almost to the ceiling, where a modern, branching chandelier looks over the room.

Financier Bernard Madoff and his wife, Ruth, smile in front of wood-paneled walls at their Hamptons beach house in 1980.Getty Images

The eat-in kitchen with hardwood floors is a modest, clean white with glass-faced cabinets.Realtor.com

The eat-in kitchen with hardwood floors is a modest, clean white with glass-faced cabinets.

The master suite has a private deck, a separate balcony with an outdoor shower, dual walk-in closets and a spa-like bathroom.

Outside, the home has a new gunite pool, a cabana with a gym and a wraparound porch with sun windows in its covered, shingled roof.

Financier Bernard Madoff with his brother, Peter Madoff, and sons Andrew and Madoff in Montauk in July 1995.Getty Images

Madoff bought the Montauk home for $250,000 in 1980, The Post previously reported. Realtor.com

Broker Chris Coleman of Compass has the listing.

A private balcony overlooking the ocean is featured in this photo.Realtor.com

The home offers private beach access and 180 feet of beachfront.Realtor.com