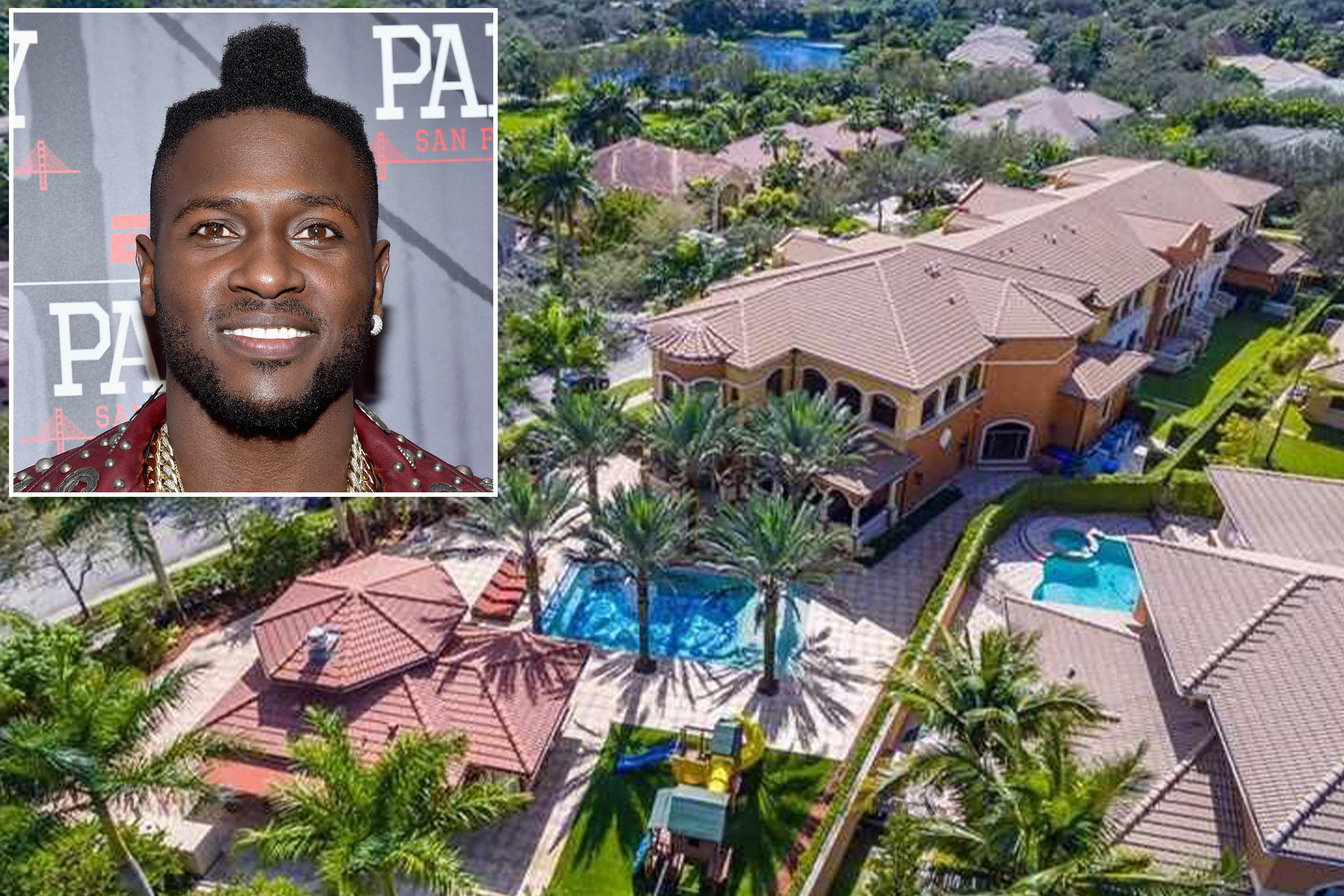 Antonio Brown’s $6.6 million home looks like it came straight out of the “Scarface” movie.

Spanning a massive 18,000 square-feet, the 12-bedroom and 14-bathroom abode comes with gold paneling in just about every room.

The price Brown paid for the property in 2016 set a record for the Hollywood, Florida, neighborhood, which is 20 miles from Miami and just south of Fort Lauderdale.

It even has its own synagogue.

In 2018, Brown gave a tour of his home and massive shoe collection to Complex magazine, during which he explained why he purchased a home with a synagogue.

“I got a lot of Jewish friends, and a synagogue is where you bless up,” Brown said, adding that a lot of his friends come over to pray.

The property is a fully wired smarthome, with a state-of-the-art home theater and a centralized climate control computer system.

The synagogue is built within the structure. realtor.com

In January 2020, the home garnered national attention after Brown was arrested by the Hollywood Police Department for allegedly assaulting a moving truck driver outside the residence. On March 20, he was formally charged with felony burglary conveyance, misdemeanor battery and misdemeanor criminal mischief.

Before the incident — earlier that month — Brown’s former agent Drew Rosenhaus cut ties with him following a series of sexual-assault allegations.

His longtime girlfriend, Chelsie Kyriss, sought sole custody of their three sons on Jan. 15, 2020, following the events that transpired. But they eventually reconciled and later got engaged.

Brown also has two other children — a son and a daughter — from previous relationships.

The wide receiver has been labeled one of the greatest pass catchers in NFL history. At the height of his career, Brown earned upwards of $70 million. That income fueled Brown’s lavish lifestyle, which included three different homes, including his Gibsonia, Pennsylvania, home from his time with the Pittsburgh Steelers. The home has been listed on and off the market for the past couple of years.

Brown is heading to the Super Bowl this year as a Buccaneer to play alongside Tom Brady and Rob Gronkowski.

The “Scarface” home, with an inset of Al Pacino, the actor who played the infamous character.