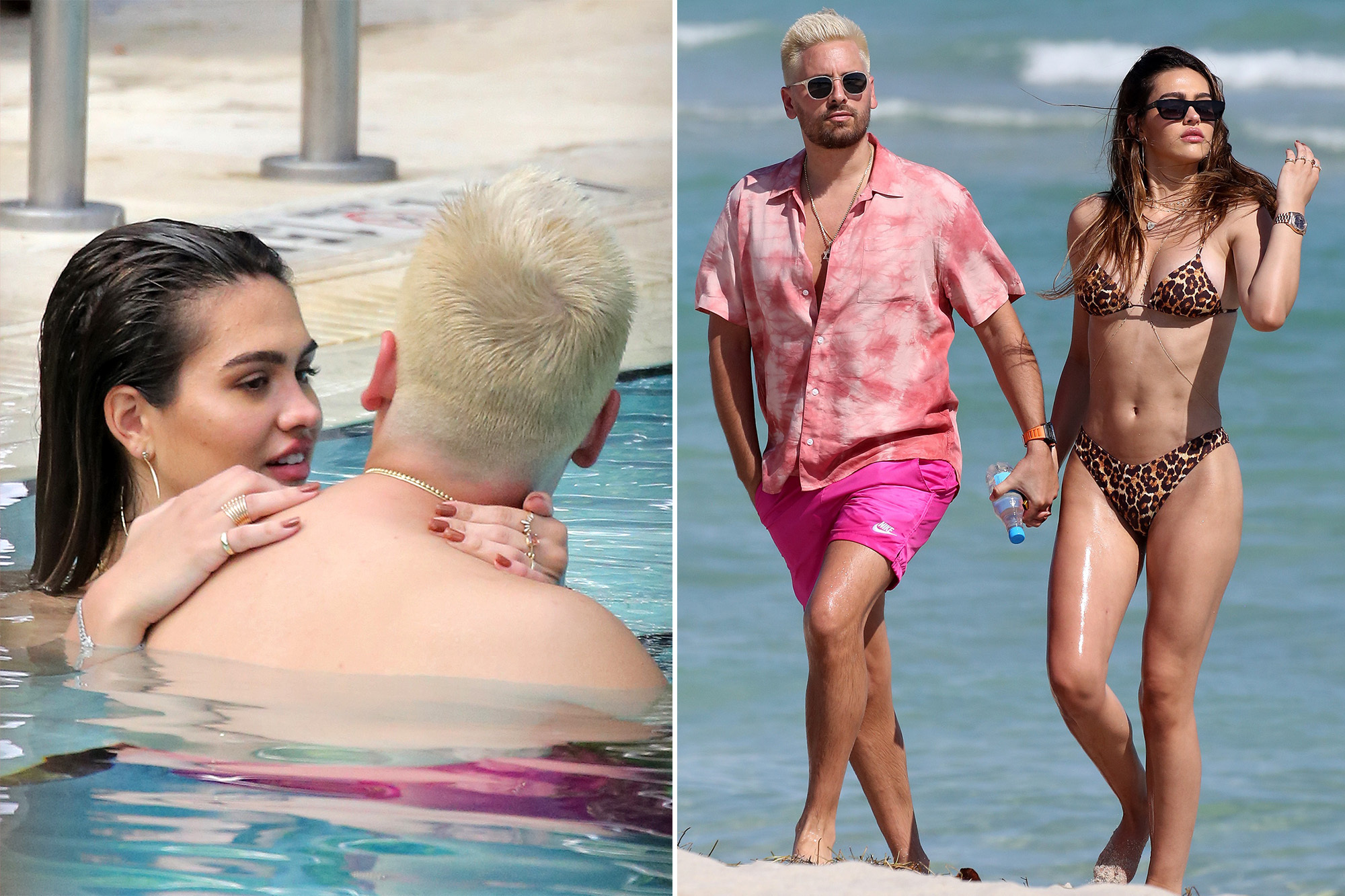 Scott Disick went for a brighter look while hitting the beach in Miami this week, debuting a platinum-blond look with rumored girlfriend Amelia Hamlin by his side.

Just in time for Valentine’s Day, Disick, 37, was photographed rocking a pink ensemble while the 19-year-old model donned a leopard-print bikini and body jewelry.

“They seemed to be having a very relaxing time. They looked very much in love,” a witness told E! News, with another adding, “They were really chill and relaxed with a couple friends.”

Amelia Hamlin and Scott Disick were spotted in Miami.MEGA

Disick and Hamlin first sparked dating rumors on Halloween when they arrived at Kendall Jenner’s birthday party together. Since then, they’ve been snapped while out and about several times, with Hamlin even sharing a sexy selfie from Disick’s bathroom.

Amelia, who is almost two decades younger than Disick, seemingly defended their rumored relationship in December 2020.

“ppl r extra weird and judgemental these days.. people can embrace themselves however they feel fit for them at that moment in time,” Hamlin, who is the daughter of Lisa Rinna and Harry Hamlin, wrote on social media at the time. “people grow. people learn to love themselves more and more.”

Disick previously dated Sofia Richie, 22, for nearly three years but they split in May 2020.

Scott Disick and Amelia Hamlin kicked back in the sun.MEGA

Cynthia Bailey Is Shining In This Pink Fur For Valentine’s Day
James Corden Opens Up About The ‘Stigma’ Against Men Who Care About Health That’s Stopped Him From Losing Weight Until Now!
Comment