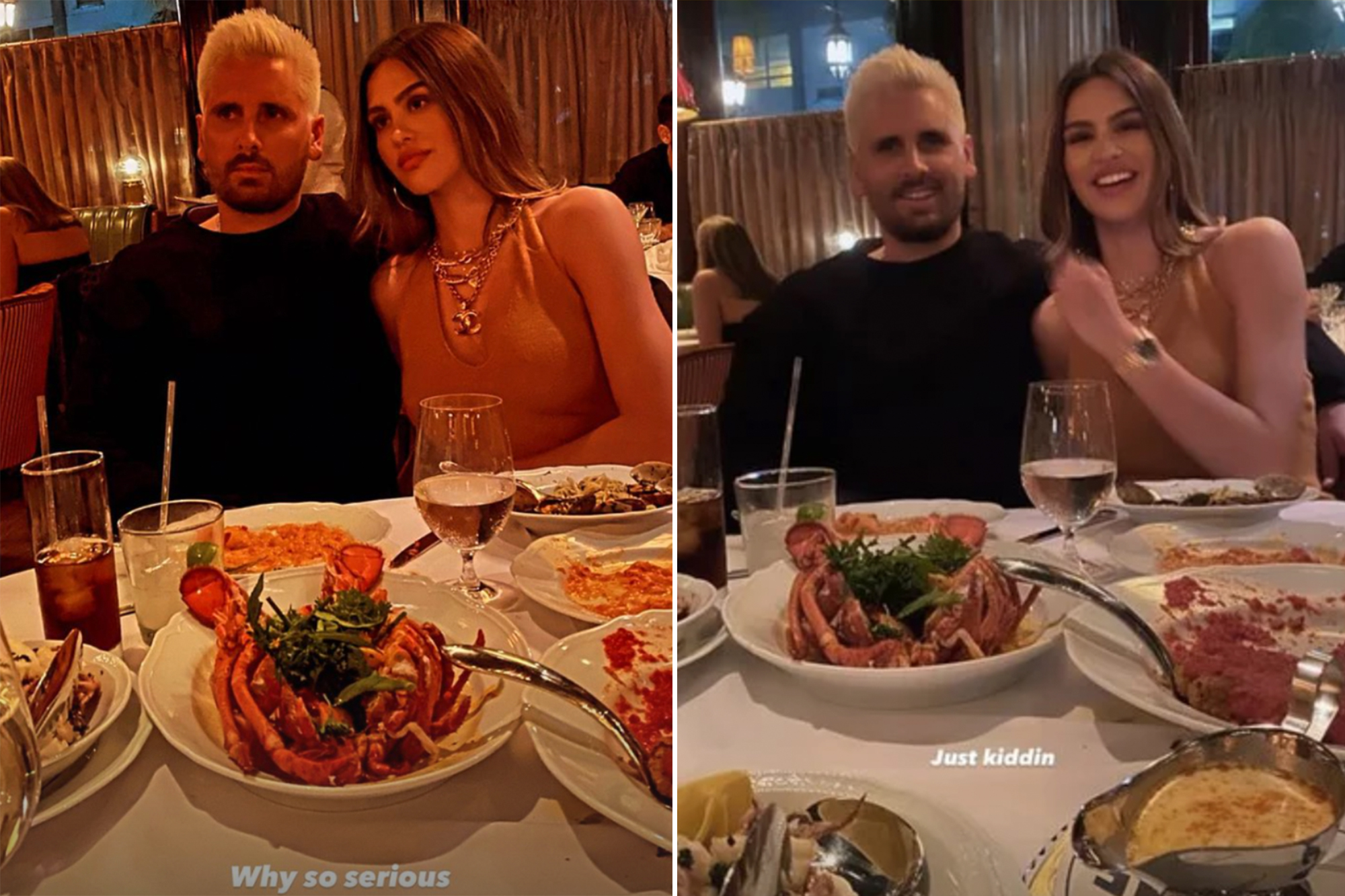 No time like Valentine’s Day to publicly profess your love.

Scott Disick, 37, and Amelia Hamlin, 19, went Instagram-official over the weekend while celebrating the romantic holiday after several months of secretly seeing each other.

The “Keeping Up With The Kardashians” star posted two photos with Hamlin to his Instagram on Sunday where they were seen enjoying a fancy dinner together.

In one photo, Hamlin — the daughter of Harry Hamlin and Lisa Rinna — is seen frowning with Disick, who captioned the pic, “Why so serious.” But the second pic, captioned, “just kidding,” the pair are seen smiling as they cozy up to each other.

Later, the model posted a photo of Disick driving a boat to her own Instagram Story as well as a massive bouquet of red roses at their breakfast table.

The pair have been romantically linked since October 2020 when they were photographed arriving at Kendall Jenner’s birthday party together. Since then, they’ve been spotted out for dinner and strolling on the beach.

Hamlin further sparked dating rumors in January after posting selfies from what appeared to be Disick’s bathroom.

They were most recently photographed on the beach in Miami together, where Disick debuted his new blond hair.

Amelia, who is 18 years younger than Disick, seemingly defended their rumored relationship in December 2020.

“ppl r extra weird and judgemental these days.. people can embrace themselves however they feel fit for them at that moment in time,” she wrote on social media at the time. “people grow. people learn to love themselves more and more.”

Disick previously dated Sofia Richie, 22, for nearly three years but they split in May 2020.