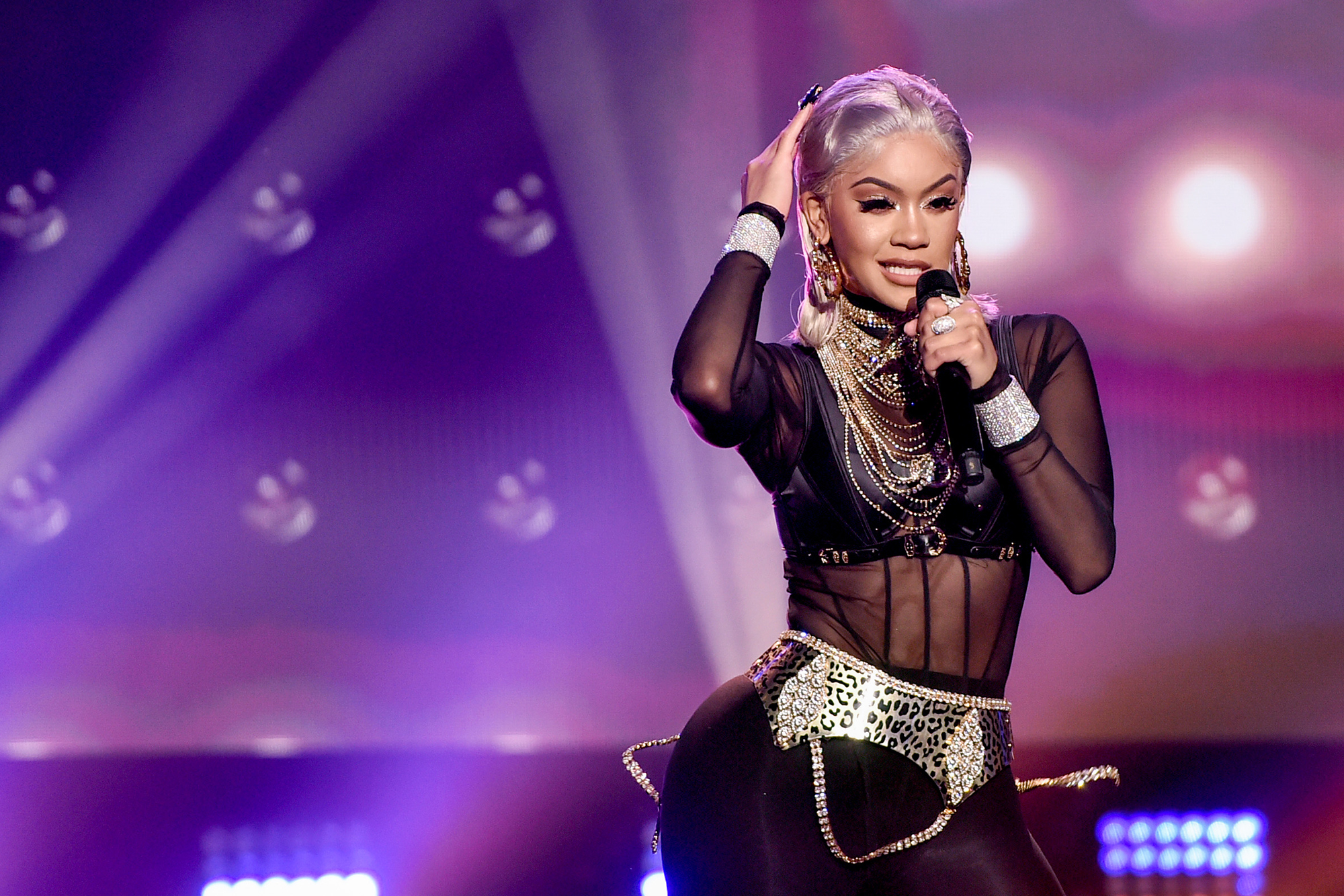 Saweetie’s nearly 10 million Instagram followers know she can pull off any hair color, from fiery red to cool blue to hot pink — but all those wigs cost a pretty penny.

“I probably could’ve bought a house by now, with all the money I spend on wigs,” the 27-year-old “Best Friend” rapper told Page Six Style.

“I’m always going to give a look, though. If I want a new wig or new color or a new cut, that’s what the icy girl gotta do.”

So vast is Saweetie’s collection of hairpieces, in fact, that she houses them in a special spot in her home.

“I actually have a wig room,” she revealed. “I’ve lost count of how many wigs I got … I might as well come out with my own line.”

“Yara is like a little sis, so I felt so bad having to be mean to her, and bitchy,” Saweetie said. “[Playing] Indigo was definitely out of my comfort zone.”

As for her character’s wild wardrobe, which included a skintight iridescent catsuit? “For the wardrobe, they gave me room to wiggle,” she recalled. “The stylist gave me a lot of looks on set. It was never, ‘You have to wear this.’ They would bring me options so I could pick, so I appreciated that.”

And don’t expect this to be the last you see on Saweetie on the small screen. “I feel like music has opened doors for me, and the fashion business, and now the acting world — so I’m just gonna continue to dominate everything I put my head to,” she said.