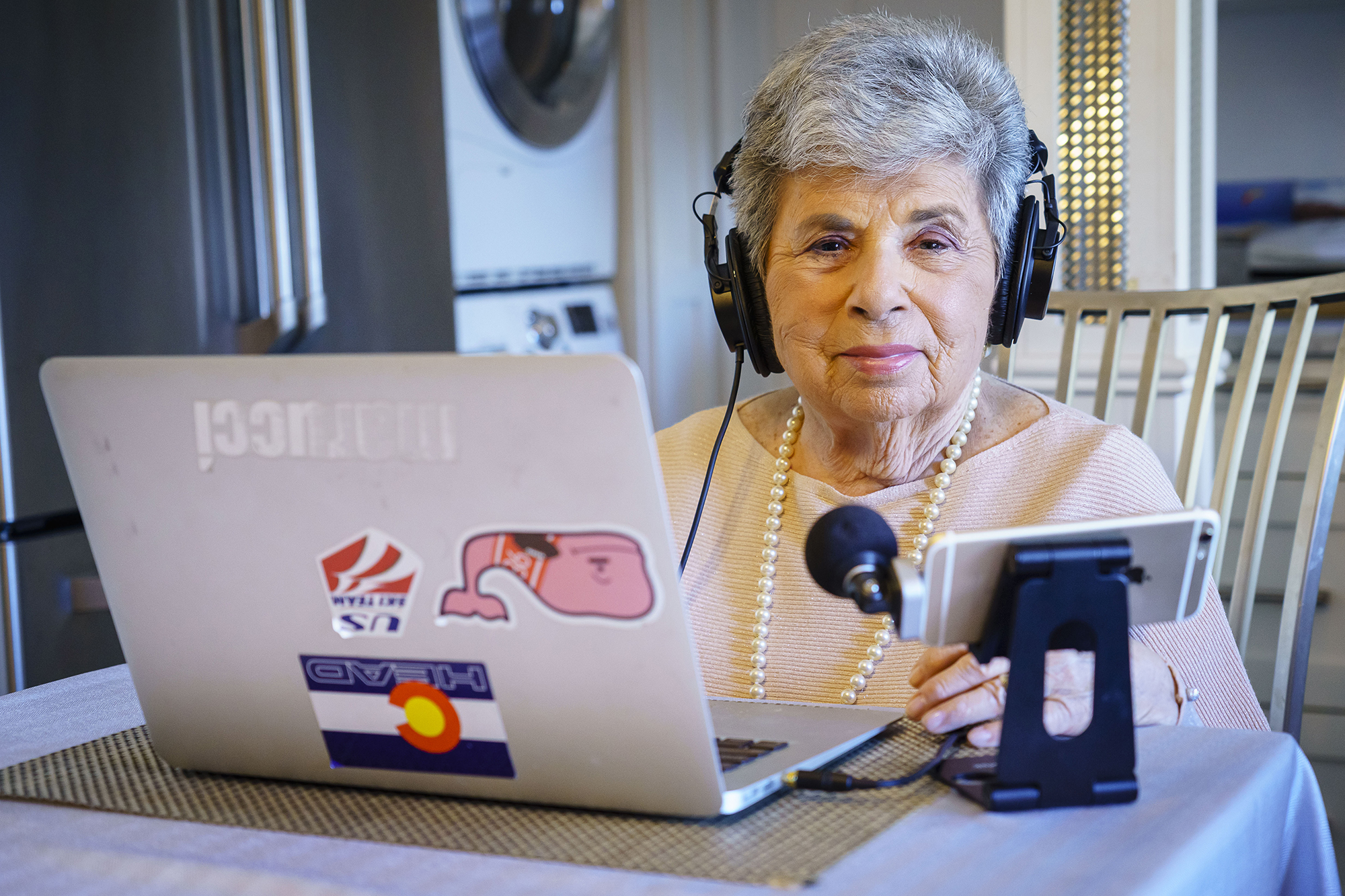 Mix the senior sass of “The Golden Girls” with the bawdiness of “Broad City” and the punchy humor of “The Marvelous Mrs. Maisel,” and you get the new podcast “Call Your Grandmother.”

While most grandparents have no clue what a podcast is, hip New York grandmas Rita Kaye and Ellin Grodsky are co-hosting one overflowing with juicy stories, sage advice and nostalgia.

“We’re the Lucy and Ethel of podcasters,” says Grodsky, 81, on the first episode, which drops Thursday on iHeartRadio.

“I want to be the Lucy,” adds Kaye after a beat, to which Grodsky retorts, “You can picture us standing on an assembly line, eating chocolate, just like Lucy and Ethel. We throw out opinions like they throw out candy.”

Each episode, Kaye and Grodsky host a fellow bubbe and her grandkid for a discussion about pop culture, sex and relationships. They also bring their own families along for the banter.

“All the grandmas are hip — they don’t blink at stuff,” podcast creator Meryl Poster told The Post. “Nothing shocks them.”

Poster noted that a range of topics are touched upon — except, that is, for one: “It’s not about cooking!”

As she discusses dating with her 25-year-old granddaughter, Rachael, in the first episode, Kaye, 90, reveals she was a virgin when she married at age 21.

“In my day, if you got pregnant, you couldn’t get an abortion. It’s one of the things that kept you straight,” Kaye told The Post.

The grandmother of five — she moved to the Upper West Side from Long Island more than a decade ago — noted other relationship differences compared to when she was coming of age in Ditmas Park in the ’40s and ’50s.

Still, despite such pressure, “It was easier back then,” she said, adding that today’s daters should “go out to have a good time, not thinking it has to lead to something.”

She and Grodsky, a retired interior designer who lives with her husband of 56 years in Queens, first met while vacationing in the Berkshires more than 20 years ago, after a mutual pal introduced them. They became fast friends.

“They’re fabulous together,” said Poster, who has produced films such as “Chocolat” and “Chicago,” as well as more than a dozen TV shows, including “Project Runway.”

She was at lunch with jewelry designer Jennifer Miller in the summer of 2019 when Miller suggested her friend do a show featuring Poster’s over-the-top mom, who also happens to be a grandmother.

The conversation planted a seed.

“People have such special feeling for their grandmothers,” said Poster, whose mother Sue and 22-year-old daughter Ava appear together on an episode.

“You can have a mother you can’t stand, but people usually have a good relationship with the grandmother.”

“There’s a lot of equipment — and you have to learn all of it,” said Ellin Grodsky of podcasting.Stefano Giovannini

When it comes to the art of podcasting, the pair’s tech-savvy grandkids were more than happy to help out.

“There’s a lot of equipment — and you have to learn all of it,” said Grodsky.

Another challenge? Taping the podcasts apart due to pandemic restrictions.

Still, Kaye and Grodsky said the timing turned out to be an unexpected blessing.

“It saved me these months,” said Grodsky, a “nana” of seven whose uninhibited attitude helps guests open up on the show. “I have no secrets — I don’t shy away from much.”

Besides, it’s “cheaper than a therapy session,” Grodsky added. “Things come out that you haven’t thought about in years.”