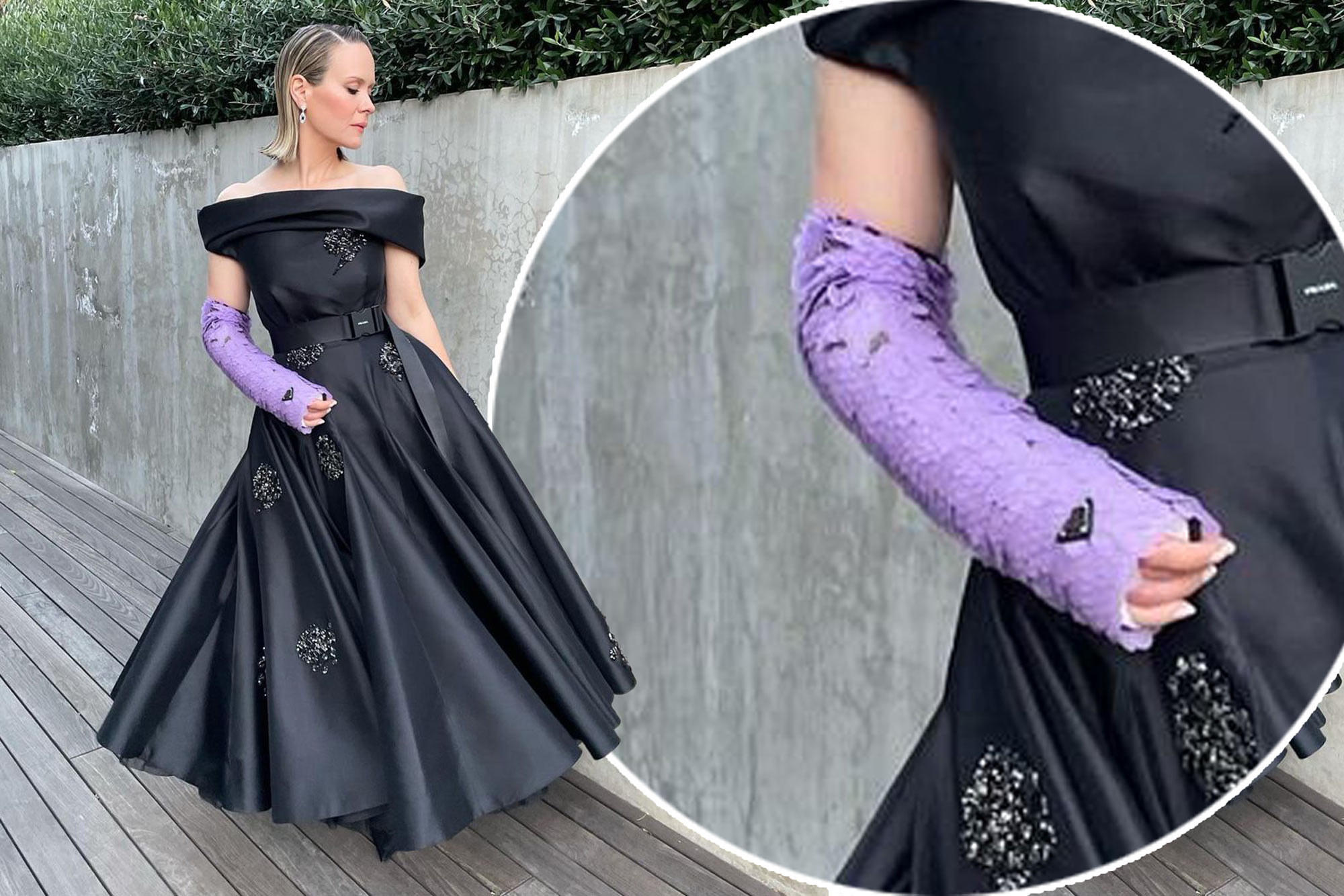 Broken arm, but make it fashion.

Sarah Paulson made do with a recent injury by covering it with a custom purple sequin Prada cast for the 2021 Golden Globes red carpet.

It’s unclear what happened to the star’s arm, but it appears to be a recent injury — making the last-minute accessory even more impressive.

Paulson posted a photo of her arm wrapped in regular bandages with ice right before the virtual red carpet began.

Paulson was nominated for Best Actress in a Drama TV Series, though Emma Corrin won for her portrayal of Princess Diana in “The Crown.”