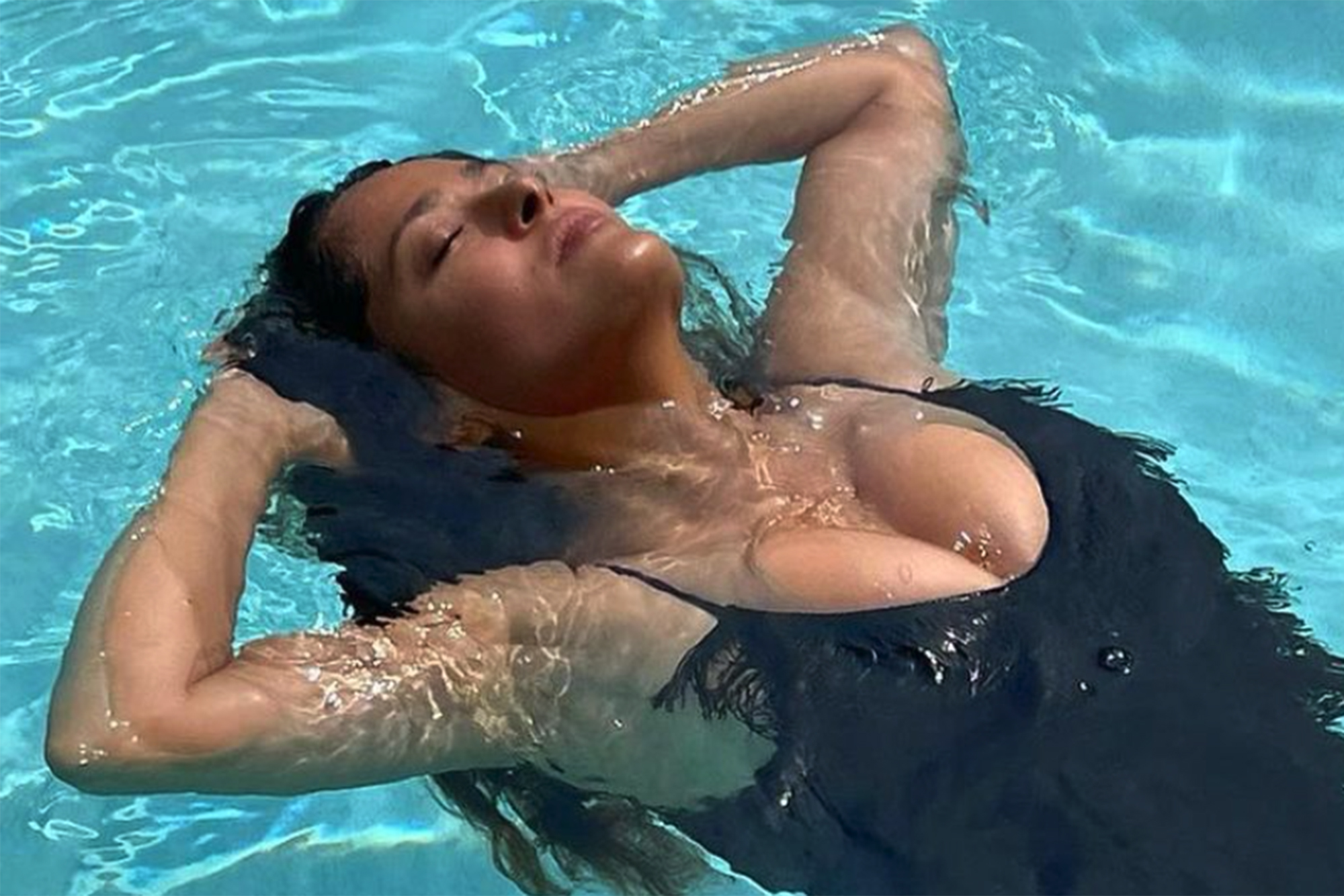 Salma Hayek sure knows how to string us along.

The “Frida” actress, 54, posed in her pool for a sultry Instagram photo over the weekend, floating to the water’s surface in a black Stella McCartney swimsuit ($515) covered in flapper-style fringe.

It’s not the first time the brunette beauty has worn this particular one-piece; earlier this month, she posted a clip shaking herself dry after a dip in the same suit, joking, “I’ve learned so much from my dogs.”

“I watched this way too many times,” one fan commented on the video, while another asked, “Could we get this in slow motion?”

The tasseled Stella maillot is one of many stylish suits occupying Hayek’s closet; back in September, the “Like a Boss” actress celebrated her birthday in a sunny yellow swimwear look from Melissa Odabash, and she recently rang in 2021 by posing in a brown halter-style bikini.

Last year, she even perfectly recreated her 1999 H&M swimwear campaign by striking an identical pose on her diving board in a similar mocha-hued suit, further fueling speculation that she’s secretly aging in reverse.