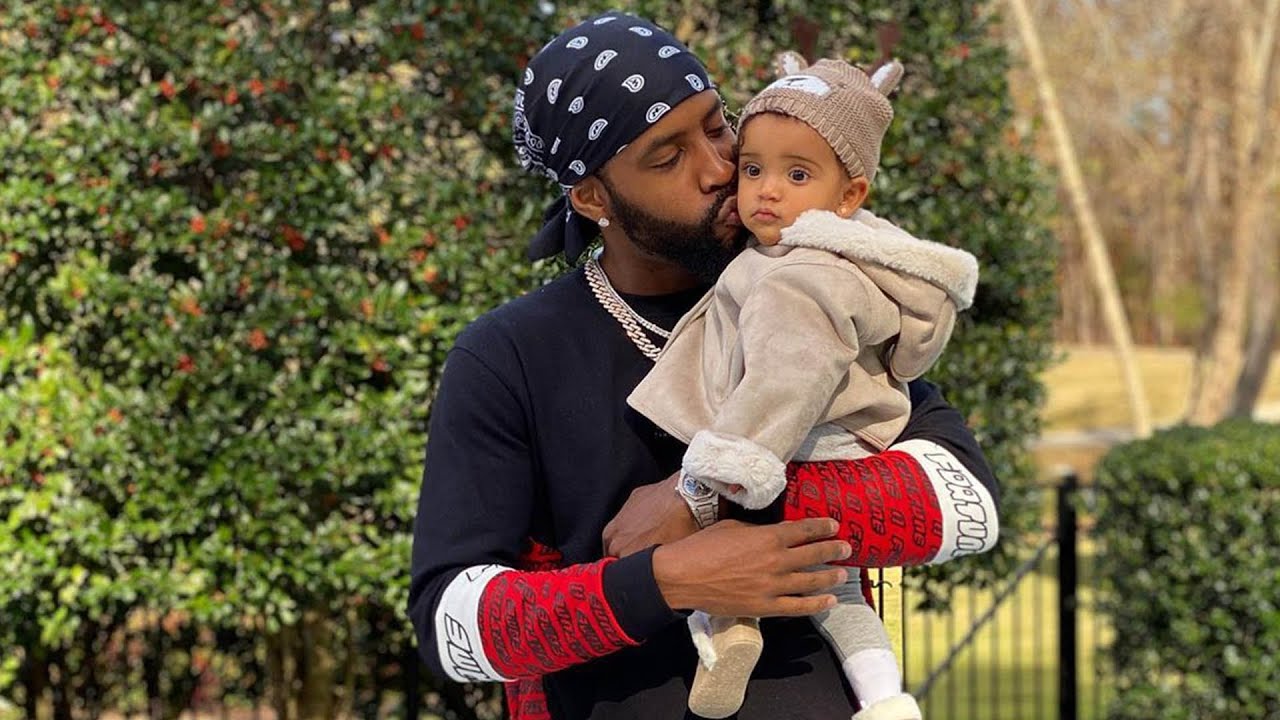 Safaree shared a photo of his and Erica Mena‘s baby girl, Safire Majesty. The cutie pie is so gorgeous and Safaree made a joke that has everyone laughing their hearts out. Check out the pic below.
‘I’m getting my baby @getstuntfit waist trimmer! This is unacceptable @safiremajesty 😂 .. 6 pack coming soon😤😤😤 click the link in my bio 😂😂j/k’ Safaree said.
A follower said: ‘After what he said about Erica I find this not funny,’ and somoene else posted this: ‘After what you said to E I wouldn’t be surprised smh.’

One commenter said: ‘They bout to eat you tf up cuz why would you even say that on a picture of your daughter, should’ve posted her mother with this caption 😩 not saying she needs it but this is tasteless and tacky advertising.’
Someone else posted this: ‘Hopeful your joking because the stuff you said on E about Ericka having yo second child was very disturbing. Don’t be the day that’s always talking about their daughter’s weight it’s not coo at all!’
One follower said: ‘You really know how to make a female have self-conscious same on you!! And to think I’m a supporter smfh at you,’ and one other follower said: ‘ the potbelly on tiny humans are the cutest ever 😂💖 this is hilarious!! I’m in tears!!’
One commenter posted this: ‘That’s the cornmeal and dumplings belly lol 😍’ and a commenter said: ‘This baby is your twin I see you so much in her sheesh ❤️’
Someone else said: ‘Omg people have no sense of humour..he’s obviously joking 🙄🙄🙄’
A follower said: ‘She is growing up and looking more and more like her mama😍✊🏽’
Safaree told fans about something that happened to him recently and asked for advice. Check out his post on IG below.
‘Was I wrong?? I’m taking a break from my phone. Ppl Trippin. I don’t even remember a call when she was born. Smdh. It’s a pandemic, and yalll got some nerve!’ Safaree said.
Advertisement

RELATED: Erica Mena Shows Off Her Baby Bump And Fans Tell Her That She Looks Amazing – See The Photo