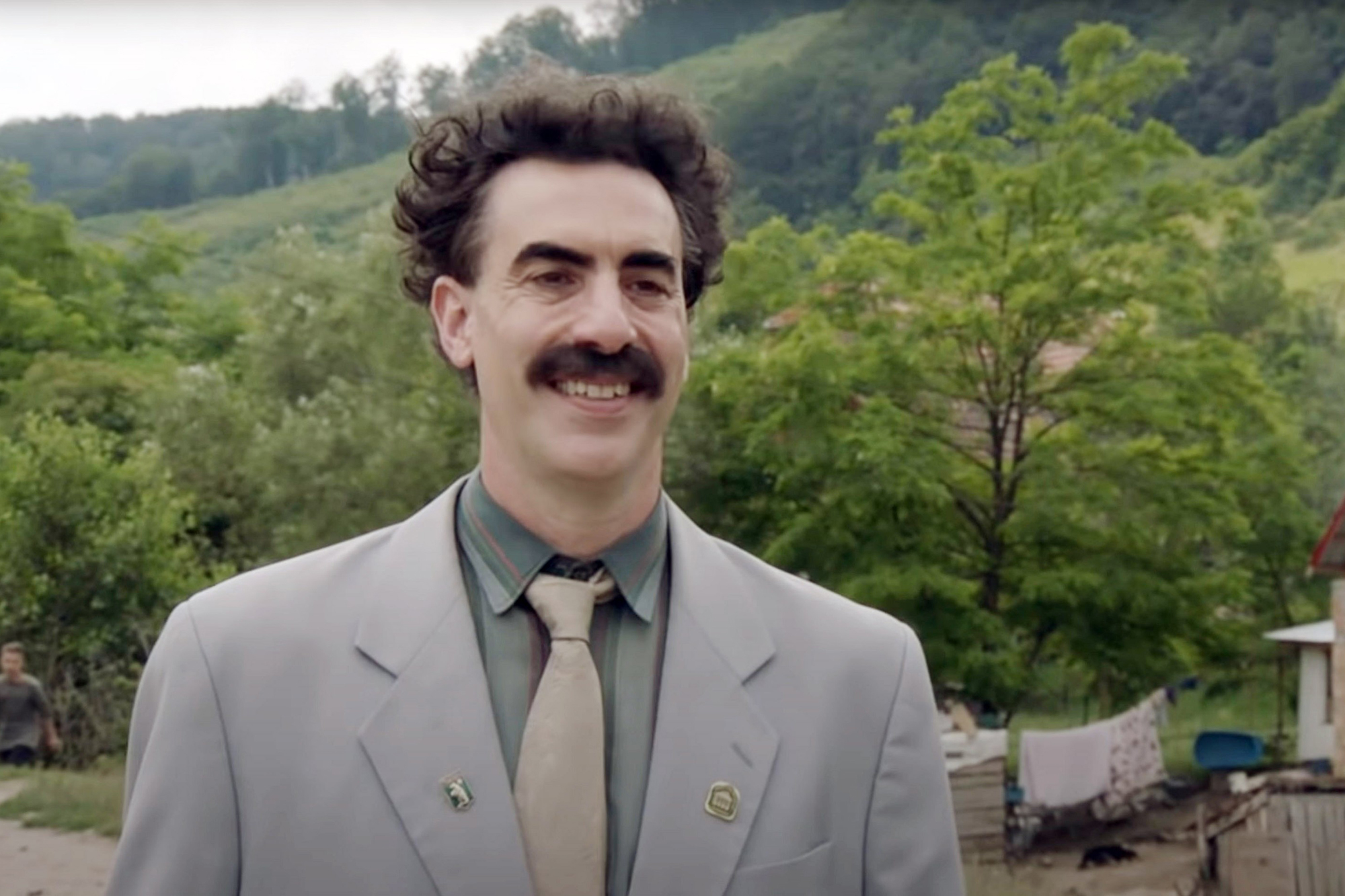 Borat is hanging up his iconic gray suit for good.

“The gray suit is locked up and not coming out again,” Cohen said during a question-and-answer session during the virtual awards ceremony, which saw three nominations — and two wins — for the “Borat” sequel.

The British satirist Sacha Baron Cohen (pulling cart) recently revealed that filming the “Borat” sequel was “the most dangerous project” he had ever undertaken. AP

“This was probably the most dangerous project I had to work on,” said Baron Cohen, who previously revealed that he wore a bulletproof vest while filming — which came in handy after Borat crashed a Second Amendment rights rally in Washington state, prompting a riot among angry gun-toters.

“We felt that the risks were worth taking,” he explained. “I was just very worried about Trump and Trumpism and the election and our democracy was at risk.”

Despite threats on his life, Sacha Baron Cohen (left, with Maria Bakalova in a scene from “Borat Subsequent Moviefilm”), is proud of what he suggests was a vital work of political parody.Alamy Stock Photo

“There were situations I would never go back to do again. The gray suit is locked up and not coming out again,” the filmmaker said.

Despite threats on his life, Baron Cohen, 49, is proud of what he suggests was a vital work of political parody.

“Had Trump won on November 3, and I hadn’t been able to make this movie, I wouldn’t be able to live with myself,” he concluded.