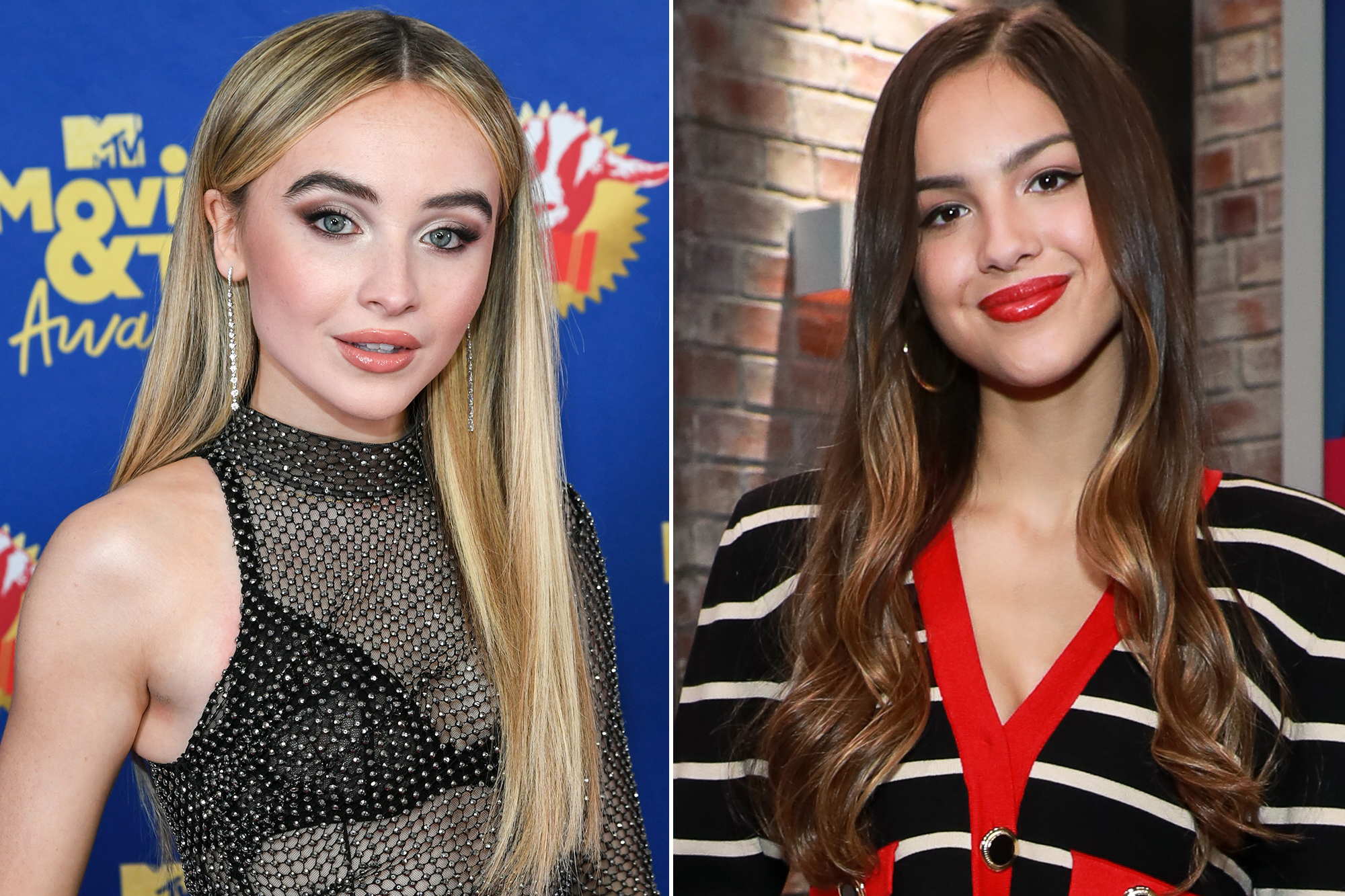 Sabrina Carpenter isn’t letting romantic drama get under her “Skin.”

The 21-year-old star of the Disney reboot “Girl Meets World” just released a new single on Friday, “Skin,” and fans seem sure it’s a clapback to fellow Mouse House actor Olivia Rodrigo — who, earlier this month, debuted her intrigue-laden latest, “Drivers License,” in a video.

The two women are being pitted against each other in headlines following speculation that Carpenter had recently scooped-up Rodrigo’s ex-lover, Joshua Bassett, 20. He and Rodrigo, 17, starred together in the Disney+ original show “High School Musical: The Musical —The Series.” Their relationship reportedly blossomed while playing mutual love interests in the series.

But these days, Bassett has been seen spending time with Carpenter, as seen on social media.

Meanwhile, Rodrigo has been minding her own business, tirelessly promoting her new single that quickly shot to No. 1 on Apple Music’s Top 100. At the time, fans speculated the single was a response to the drama brewing between her ex and his new fling.

But between goofing-off with Bassett on TikTok and finding herself at the center of a love triangle, Carpenter managed to release new music of her own, with lyrics that read like a response to Rodrigo’s hit, as fans point out on social media.

“maybe blonde was the only rhyme””you can try to get under my skin while he’s on mine””don’t DRIVE yourself insane”I KNOW SABRINA CARPENTER DID NOT JUST – pic.twitter.com/06T6u9N3RH— katie ✰ (@katienicks_) January 22, 2021

“I KNOW SABRINA CARPENTER DID NOT JUST — ,” tweeted @katienicks_, alongside lines from the new track: “You can try to get under my skin, while he’s on mine … Don’t drive yourself insane.”

“Sabrina Carpenter saying she can’t get under her skin…… but she did a whole song about her????,” added @Hope_E_Xoxo.

However, not everyone is relishing in the puerile gossip.

“Let’s make this clear: sabrina carpenter & olivia are not ‘fighting’ over joshua,” wrote @jusswannaexhale. “Skin is directed towards the hate that the internet immediately threw at her not knowing anything about her. even the lyric ‘i just hope that one day, we both can laugh about it’ shows it.”

Yet, @sabbysgemini assumes an even more cunning motivation for the so-called drama: publicity.

She wrote, “Hope the sabrina and olivia fandom collectively know that this is a publicity stunt . . . anyway stream skin by sabrina carpenter.”

The rumors are apparently paying off for everyone, with Carpenter’s “Skin” now climbing Apple Music’s Top 10 Pop Chart. As of Friday morning, it was No. 6, while “Drivers License” remained seated at the top.