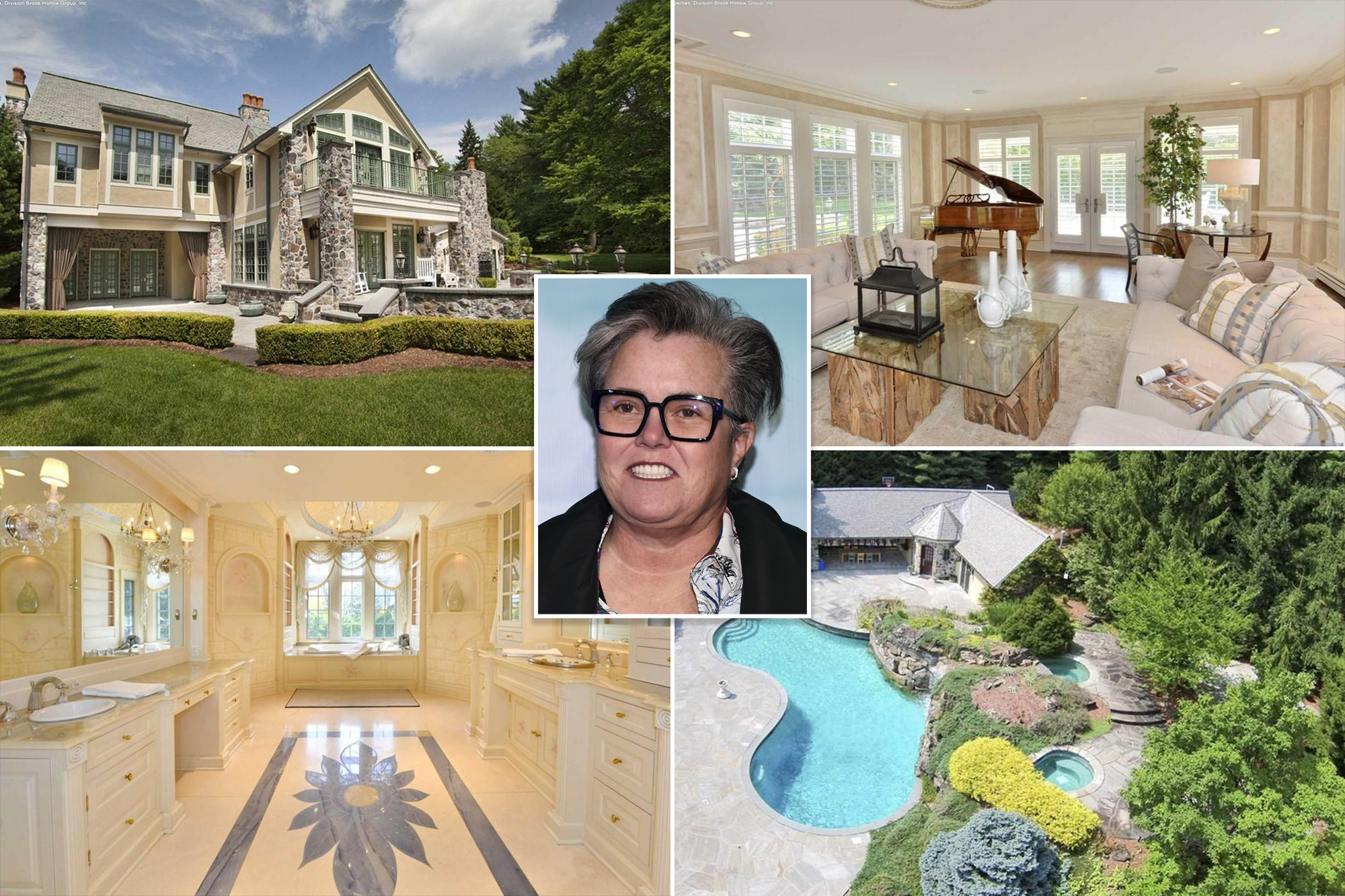 After years of not being able to find a buyer for her Saddle River mansion, Rosie O’Donnell finally caved and sold her home at a loss, The Post has learned.

But the home’s next residents are already causing a stir in the tony neighborhood, home to the rich and famous, from rapper Ja Rule to singer Mary J. Blige.

The six-bedroom, nine-bathroom abode is expected to be demolished and turned into a series of affordable housing units per a landmark public court settlement with Fair Share Housing Center.

But the agreement has left its upscale residents outraged.

According to an unnamed source who lives in the area and was familiar with the proceedings, the borough had plans to comply with the affordable housing requirements in Saddle River. The requirements usually include sites that are 100% affordable.

And their intervention only “added insult to injury,” the source said.

As part of a fair housing court settlement between the borough of Saddle River and the Fair Share Housing Center of NJ, the 5-acre lot that belonged to O’Donnell will be converted into 60 units — of which only 20% will be used for affordable housing.

Essentially, the source said, “the developer plans to segregate the units, instead of integrating them with the high density multi-family housing.” While there is no legal requirement that the units be integrated, residents say the current plan doesn’t sit well with them. Saddle River Investors has declined to comment on the matter.

The property spans over 9,000 square feet and sits on 5 acres of land. via Realtor

The insider explained that of the 60 units in the plan, “only eight are set for low and moderate income and the developer will stick the eight units in the back corner of the property instead of integrating, so everyone will know these are the homes saved for the poor.”

The controversy calls to mind similar issues over affordable housing, such as the so-called “poor door” at the upscale Lincoln Square Tower in Manhattan.

Bergen County court records reveal the case — including the 20% affordable housing stipulation — was settled when the borough agreed to include O’Donnell’s property and two other neighboring properties that span 10 acres.

“It makes no sense and it’s creating a further divide between the wealthiest and the non [wealthiest],” they added. “There is not even public transportation here!”

O’Donnell, 59, sold the property at a $1 million loss for $5.3 million on March 17 after five years on the market, according to an insider. The actress, who is currently filming the new season of Showtime’s “The L Word,” first bought the home in 2013 for $6.3 million.

Her rep has not responded to The Post’s request for comment.

The grand foyer. via Realtor

New Jersey State Senator and former resident of Saddle River, Holly Schepisi, who now lives in a nearby town is also up in arms over the project.

“The town itself is against [it] but they had no choice,” Schepisi told The Post, adding that the area may not be hospitable to those on a limited income.

“Everything is out of pocket here,” Schepisi said. “Pay out of pocket for sports, schools… how is somebody with very little income viable to live in this town?”

Anthony Campisi, communications rep at the Fair Share Housing Center told The Post that Saddle River had an “obligation to zone.”

The home features an in-ground pool with grotto waterfall, a plunge pool and a Jacuzzi spa.via Realtor

“It’s one of the most exclusive towns in the country,” Campisi explained. “Our role didn’t have to do with the sale itself. We negotiated a housing agreement and the town allowed the redevelopment on O’Donnell’s site. It is a prime piece of real-estate leverage for affordable housing.”

The home is currently pending a purchase by the Bergen County Borough through Saddle River Investors. Here’s a look at the space now at the center of debate in the community.

The home has been renovated with modern finishes since it was first built in 1928. via realtor.com

With the property spanning 9,173 square feet, the colonial home also included a separate full service year-round guesthouse with a dining room, living room/bedroom, two baths, laundry and kitchen. Other amenities of the home included a basketball court and an elevator.

The soon-to-be former estate featured an in-ground pool with a grotto waterfall, a plunge pool and a Jacuzzi spa.