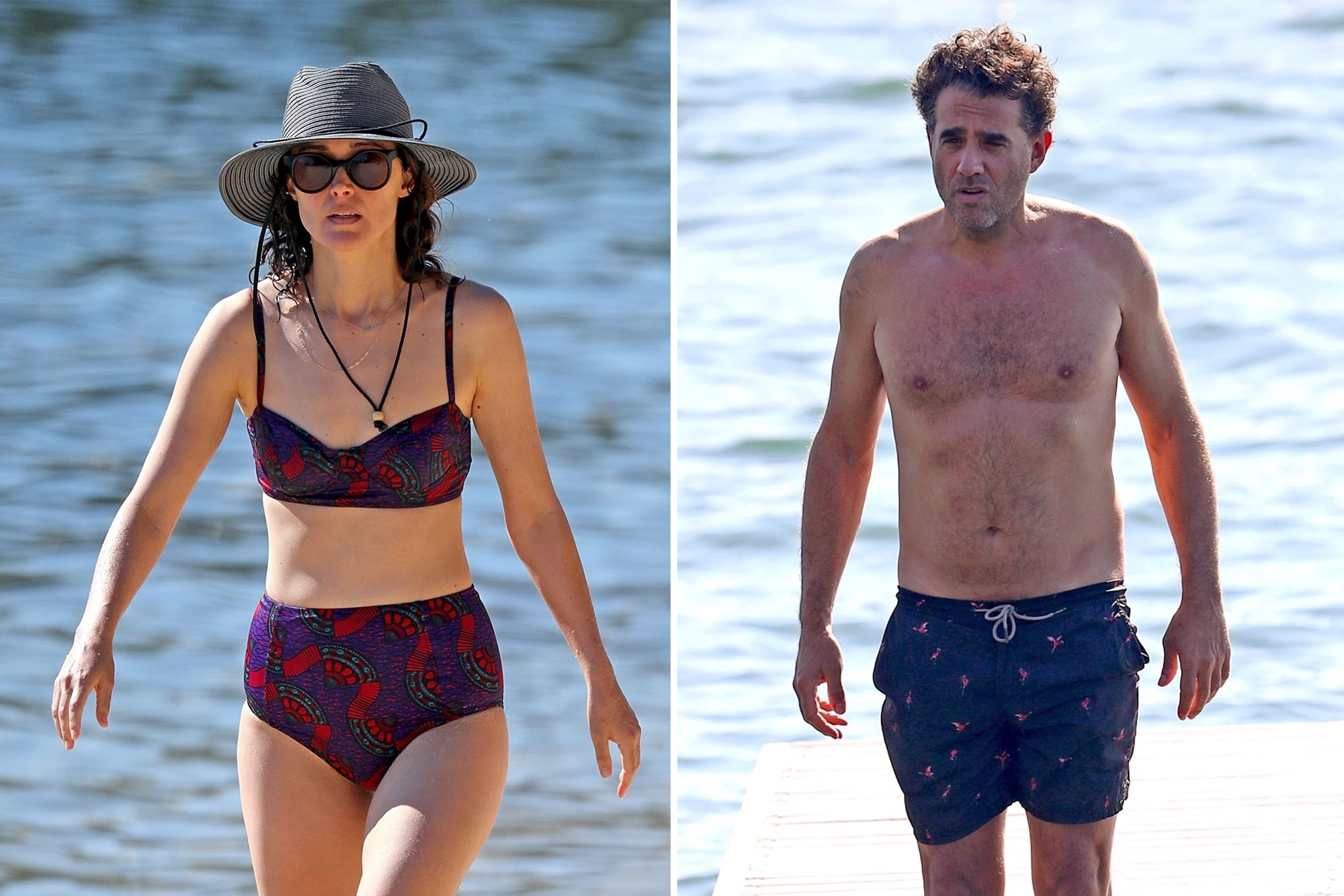 Rose Byrne and Bobby Cannavale traded in their stage wear for swimwear as the couple hit the beach in Sydney on Monday.

Australia native Byrne, 41, was spotted taking a dip in the water and strolling near the shore in a red and purple patterned bikini. Meanwhile, Cannavale, 50, wore navy swim trunks as he relaxed and dove into the ocean from a small pier.

Rose Byrne and Bobby Cannavale traded in their stage wear for swimwear in Sydney.KHAPGG / BACKGRID

The pair looked happy to explore the outdoors after a two-week quarantine following their flight from the US to Australia.

Rose Byrne took a dip in the ocean in a bikini.KHAPGG / BACKGRID

Cannavale was previously married to actress and screenwriter Jenny Lumet, with whom he shares 26-year-old son Jake.

While the notoriously private couple are not married, the “Boardwalk Empire” alum often refers to the “Bridesmaids” star as his wife, telling James Corden last year that it seems to be the only word that truly fits.

Bobby Cannavale dove into the ocean from a small pier.KHAPGG / BACKGRID

“I haven’t found a better word for it, to be honest. ‘Boyfriend/girlfriend’ feels too young, ‘partner’ feels too clinical,” he said. “You know, my ‘lady partner’? That feels weird. So it’s just easier. People don’t ask questions when you say, ‘It’s my wife.’”

Byrne praised her “Medea” stage partner in 2017, telling InStyle, “[Bobby] is one of a kind, man! He’s endlessly interesting and entertaining. When something is special, it’s hard to articulate it, but I feel really lucky. We couldn’t be from more different parts of the world, you know?”

Next up, the couple are set to star in musical dramedy “Seriously Red,” the first feature film from Byrne’s Dollhouse Pictures imprint.