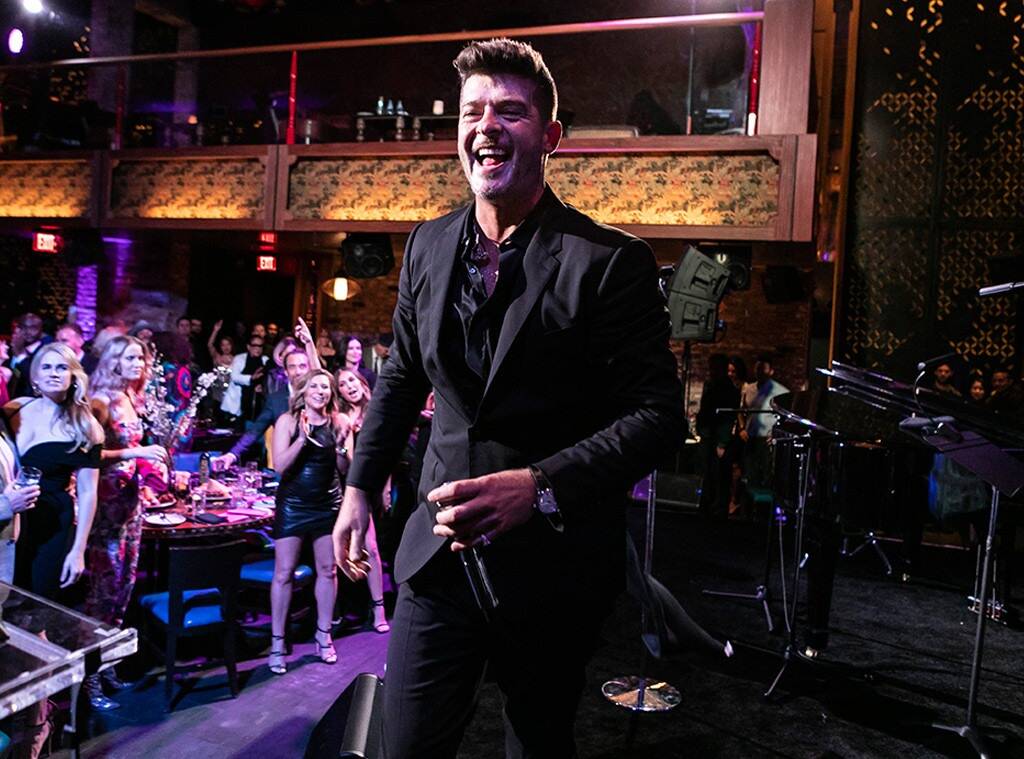 Robin Thicke opened up about the controversy that still surrounds his hit song Blurred Lines and he defended it, arguing that it was just meant to make people dance and not be taken too seriously. Furthermore, the singer revealed that when it comes to this single, he takes the criticism with a grain of salt.
As you might remember, Blurred Lines was released back in 2013 and ever since then, both Robin and Pharrell Williams, have been involved in controversy over the lyrics as well as other reasons!
RELATED: Pharrell Williams Claims He Now Understands Why His Song ‘Blurred Lines’ Was Problematic
For instance, in 2015, the two artists were ordered to give credit posthumously for the writing of the song, to Marvin Gaye after they were found guilty of copyright infringement.
The whole process of creating the song was also a reason for controversy since Robin first claimed that he had a big role in it only to be later revealed that was not the case.
During the trial, as per Hollywood Reporter, he admitted: ‘I was jealous and wanted some of the credit … I tried to take credit for it because [Williams] wrote the whole thing pretty much by himself and I was envious of that.’
RELATED: Robin Thicke Remembers His Dad Alan Thicke On The 4th Anniversary Of His Death!
But most famously, it has been criticized for its lyrics which caused the song to be banned from no less than 20 universities in the U.K.
After all, it seemingly promotes date rape and other instances in which consent is ignored.
While chatting with Zane Lowe on Apple Music, Robin defended the song like he’s done many times before, however, insisting that ‘I never saw it that way when I performed it. Usually, it goes, ‘Bum, bum, bum, everybody get up,’ and the whole crowd goes crazy. Even people who aren’t big fans of mine, that is the only [song] they know. You kind of just take it with a grain of salt. We’re just jamming, everybody’s meant to get up and dance. That is all the song is meant to do.’
Advertisement

Britney Spears Fans React To Her Father Being Allowed To Continue As Her Co-Conservator!
Britney Spears Is Reportedly Super Happy With Sam Asghari – Here’s Why!
Comment