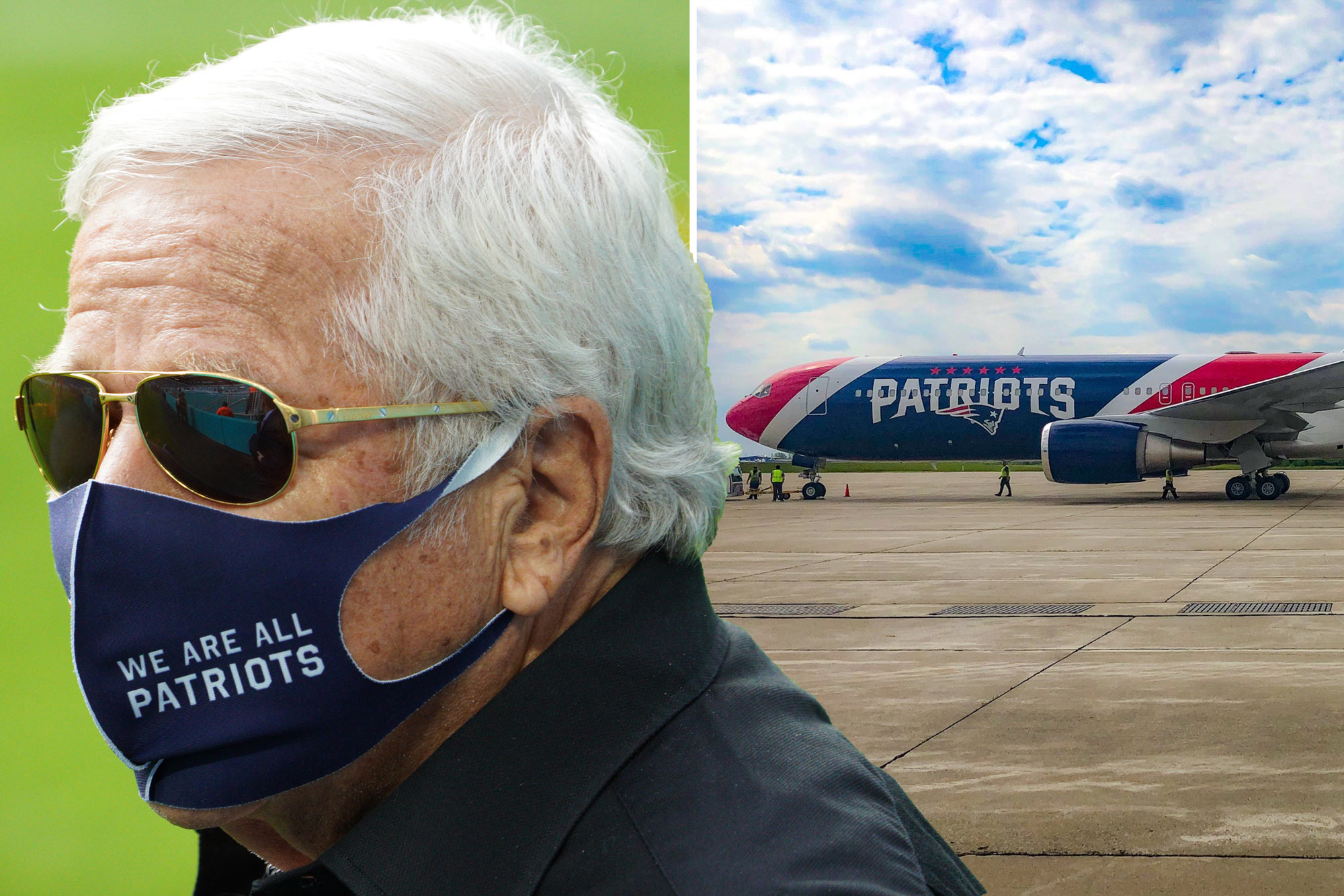 The only thing they’ll be missing is Tom Brady in a New England jersey.

The Patriots will treat 76 vaccinated local healthcare workers to a trip to the Super Bowl on the team’s plane, Page Six has learned.

Team owners said on Tuesday that the plan for the all-expenses-paid trip was hatched to celebrate area “healthcare superheroes,” and to “spread the important message of getting vaccinated.”

The family has added a logo to the outside of the plane that says, “When it’s your turn, take the shot. Get vaccinated.” The aircraft also says “Patriots” and “6X Champions.”

In April, the team sent the same plane to China to bring 1.2 million N95 protective masks to the US, with owner Robert Kraft and his family putting up $2 million.

Kraft said in a statement, “When our plane returned with masks from China, we never could have imagined the devastation this pandemic would cause, nor could we have dreamed of the heroic stories and achievements that have come to be as a result, especially the dedication of healthcare workers on the front lines and the creation of safe and effective vaccines.”

He added, “Ten months later, it’s an honor for us to celebrate these healthcare workers by giving them a well-deserved break for a day and an opportunity to enjoy the Super Bowl, a reality that is only made possible because of the vaccines. We hope that in doing so, others are also encouraged to get vaccinated as they are able. Once again, we want to say thank you from the bottom of our hearts to all of the healthcare heroes who have risked their well-being to ensure ours. They are truly superheroes to us.”

The Kraft family has added a logo to the outside of the team plane that says, “When it’s your turn, take the shot. Get vaccinated” (as seen in this rendering).Courtesy photo

The healthcare workers are from all New England states, including Massachusetts, Connecticut, Maine, New Hampshire, Rhode Island and Vermont. They’ve all been fully vaccinated no later than Jan. 24, or 14 days prior to travel, the Krafts said.

The team’s Gillette Stadium has been turned into a Massachusetts mass vaccination site.

The NFL has already invited 7,500 vaccinated healthcare workers to the Super Bowl for free. Around 22,000 fans overall will attend the game at Raymond James Stadium in Tampa, Fla. That’s around one-third of venue capacity.

Beyond the round-trip flight, the Krafts’ guests will also attend the NFL TikTok Tailgate pre-game show headlined by Miley Cyrus, exclusively for vaccinated healthcare workers. Plus, they’ll get a Patriots gift bag, a Visa gift card and other goodies. The group will fly out of Boston on game day, Feb. 7, and return after the game.

The Weeknd is playing the halftime show at the game were Pats legend-turned-Tampa Bay Buccaneers QB Brady will go up against last year’s champs, the Kansas City Chiefs.

Marilyn Manson Releases Statement After A Horde Of Women Accuse Him Of Terrorizing, Torturing, And Abusing Them
Corey Feldman’s Allegations That Marilyn Manson Sent Spies To Destroy Him Gets New Look After Evan Rachel Wood Claims
Comment