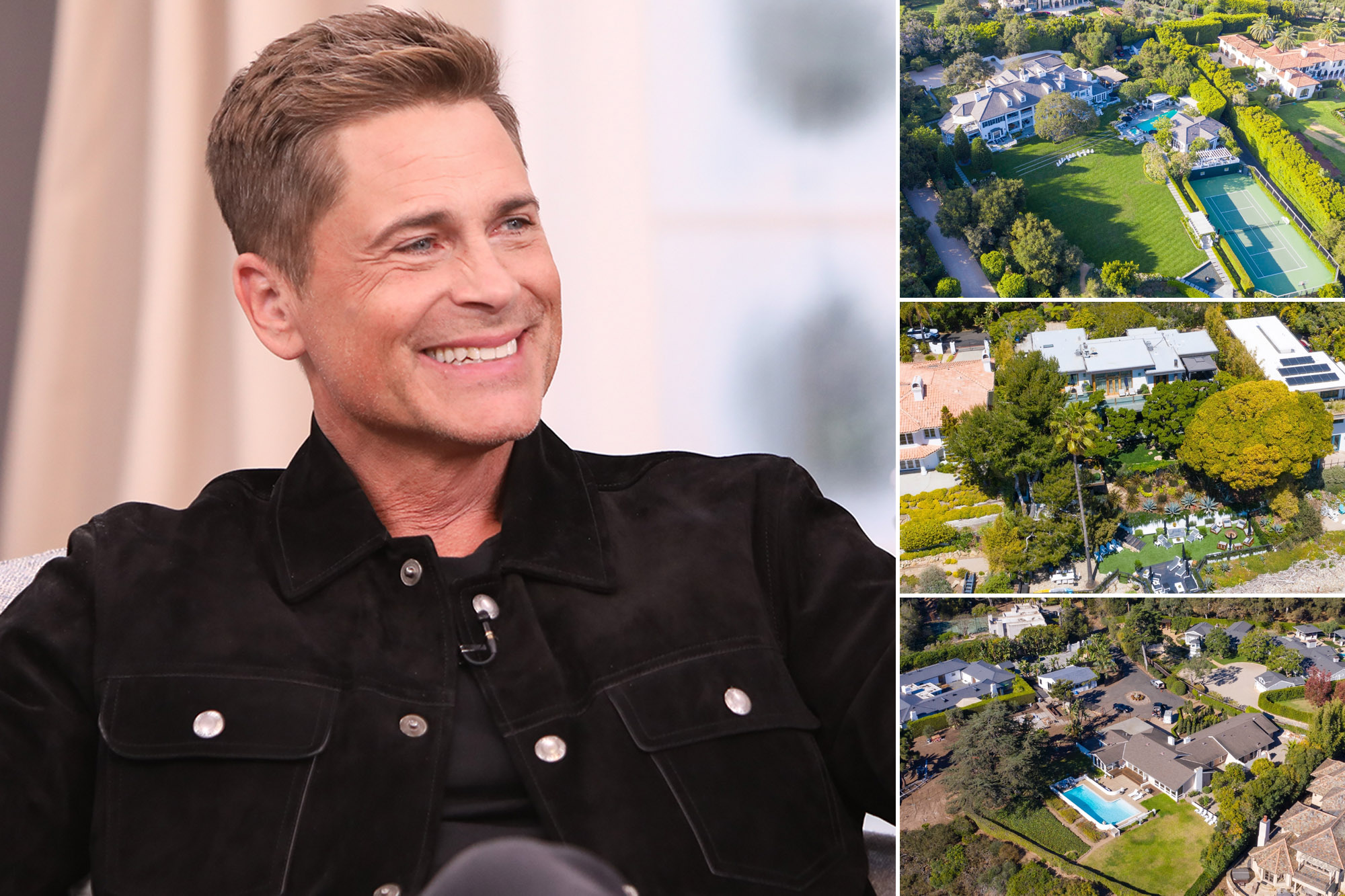 Chris Traeger isn’t only bringing his financial wisdom to the citizens of Pawnee, Indiana.

“Parks and Recreation” star Rob Lowe and his wife, Sheryl Berkoff, have shelled out $47 million on three new Montecito, California, mansions, just one year after selling their longtime family home in the area for $44.5 million.

The couple had purchased their sprawling Cape Cod style estate in 1994 for only $2.2 million, making them a hefty $42.3 million profit and the largest sale in the town since 2001.

After selling their family home of 26 years — which was next door to Harry and Meghan — the former child star has purchased not one, but three luxury homes in the upscale neighborhood.

Lowe, 57, and Berkoff, 59, apparently used the proceeds from the sale of their home to re-invest in the three properties.

The first is not too far from their former home, and only a minute’s walk from Harry and Meghan’s $14 million mansion.

Lowe and Berkoff purchased the home for $13 million in December 2020. The couple made the decision to completely demolish the original 5,800-square-feet mansion built on the property — presumably to rebuild a new home that would sit on 6.7 acres of land.

The first property is only a minute’s walk from Prince Harry and Meghan’s $14 million mansion. BACKGRID

They are presumably set to build a new home on the land that spans 6.7 acres. BACKGRID

The second property is a gated 4,274-square-feet fixer-upper from the early 1990s that boasts ocean views while being a stone’s throw from the town’s main shopping street, Coast Village Road.

The second property is a gated 4,274-square-feet fixer-upper from the early 1990s. BACKGRID

Lowe and Berkoff bid over the original $4.95 million asking price, eventually landing the home for $5.2 million, and beating the local realty sharks such as Ellen DeGeneres and Katy Perry to add to their already impressive portfolio.

Lastly, their third property is a four-leveled beach mansion that sold in an off-market secret deal in the range of $29 million in early 2021, according to the photo agency Backgrid. The home is made up of six bedrooms and 7.5 bathrooms.

Lowe is gearing up to host a Fox gameshow, titled “Mental Samurai,” which is set to premiere May 25.

This ‘Hoarders’ nightmare was saved and turned into luxe B&B