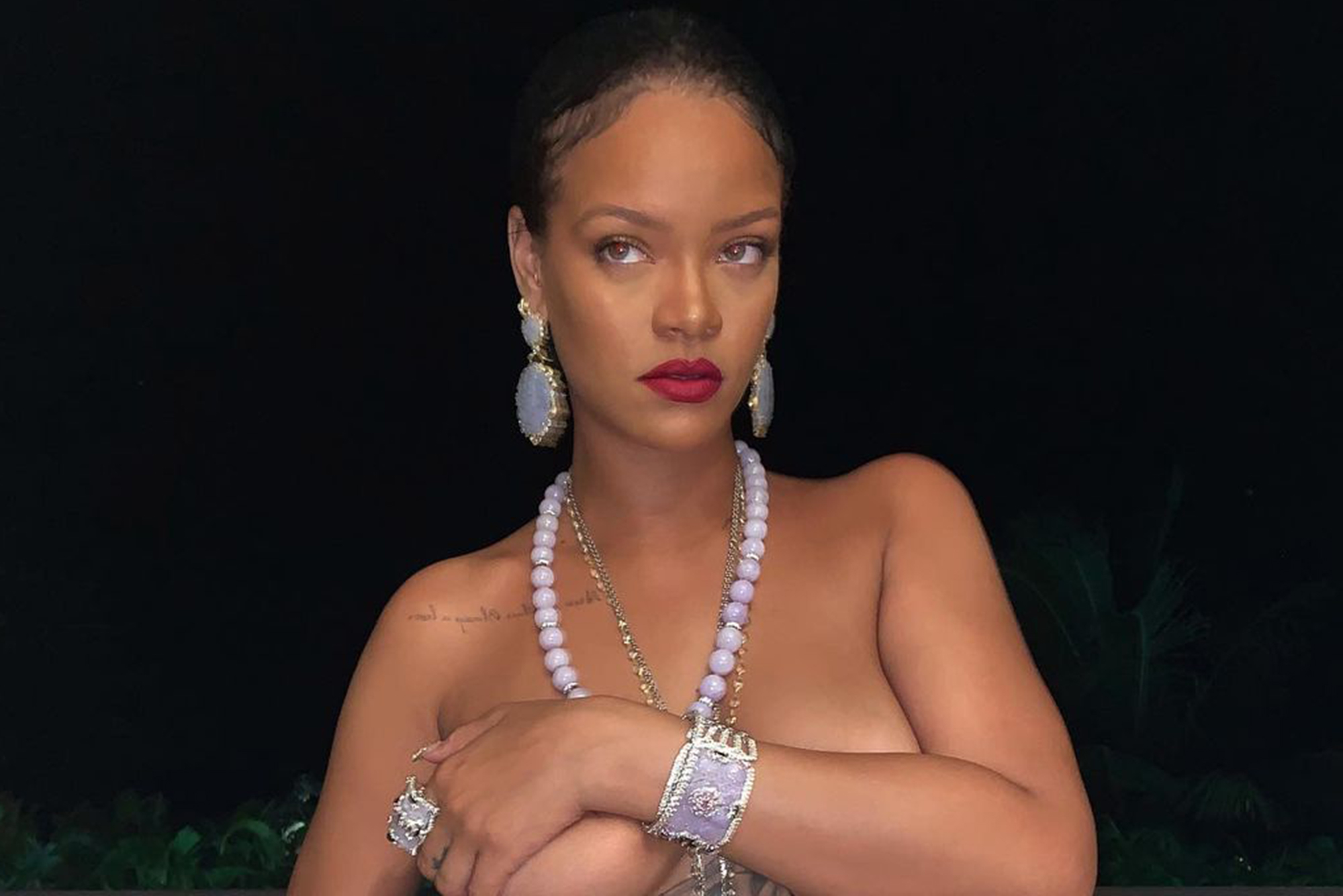 Rihanna is facing backlash after posing topless in a necklace depicting the Hindu god Ganesha.

The image, which was shared on both Instagram and Twitter on Monday, features the 32-year-old Fenty Beauty founder in a pair of purple Savage X Fenty boxers and matching jewelry — including a pendant of the elephant-headed deity, known as the god of beginnings and the remover of obstacles.

“Soo are we gonna talk about the fact that Rihanna is wearing a Ganesha necklace and is once again disrespecting Hinduism??? My religion is not an aesthetic lol, I’m so f—king tired,” one person tweeted.

“I lost all my respect for Rihanna. How can you wear the Ganesha necklace and think it’s ok to pose like that? Lol,” another said.

Wrote a third, “the way no one is talking abt how rihanna’s necklace has ganesha on it, an important sacred god to hinduism as he plays a big role in like providing protection, is really disappointing to me. i love rihanna but this isn’t okay.”

Rihanna has yet to address the controversy, and her reps did not immediately respond to Page Six Style’s request for comment.

“I would like to thank the Muslim community for pointing out a huge oversight that was unintentionally offensive in our Savage x Fenty show,” she wrote on her Instagram Stories at the time. “I would more importantly like to apologize to you for this honest, yet careless mistake.”