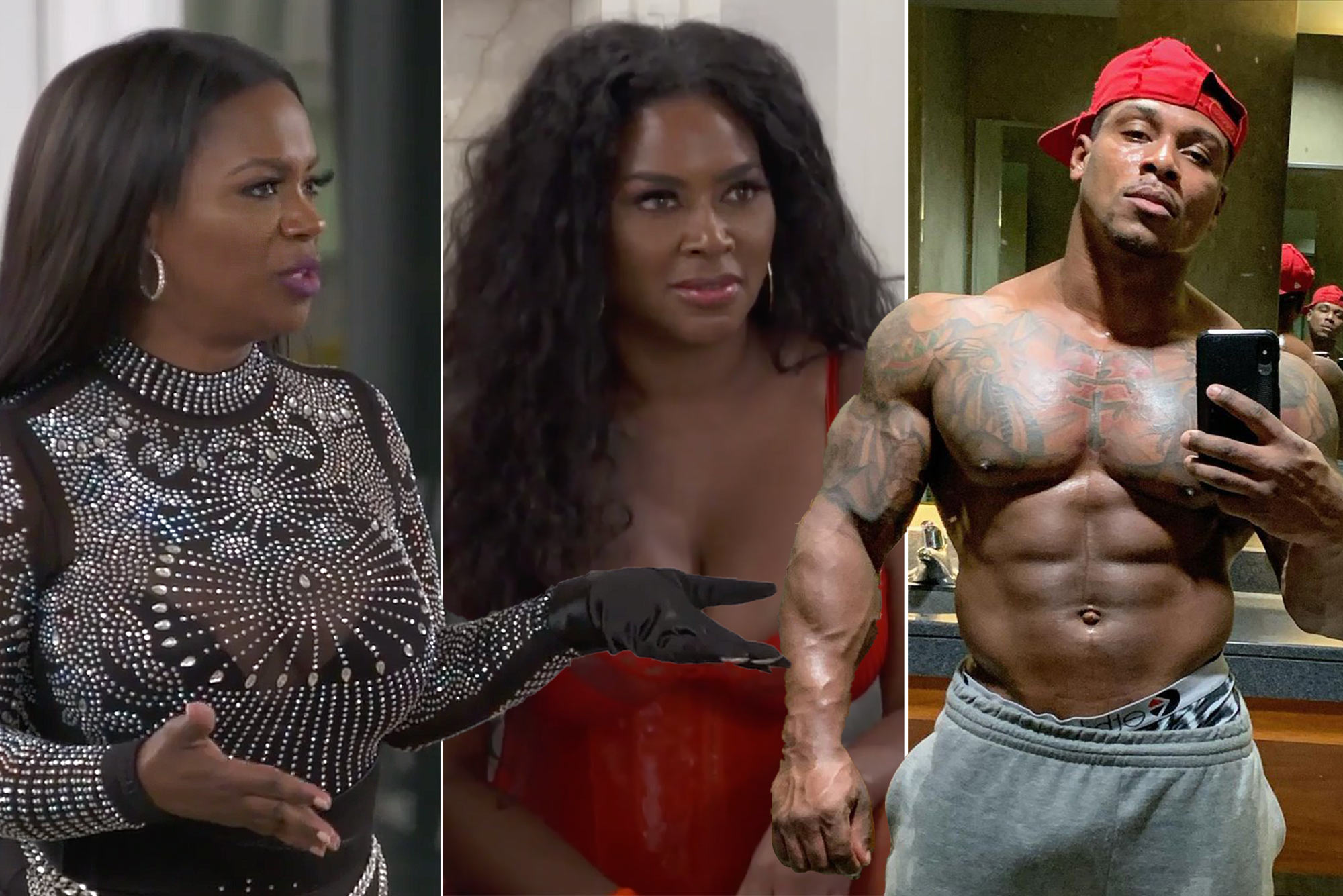 The “Real Housewives of Atlanta” cast breaks down their inhibitions — and the fourth wall — in an exclusive sneak peek of Sunday night’s episode.

Page Six obtained a clip from Cynthia Bailey’s bachelorette party that shows Porsha Williams asking Bolo, the male stripper hired for the night, to rejoin the women and “just party.”

He agrees, but only if filming has stopped.

Williams, 39, informs her co-star, Kandi Burruss, that Bolo is willing to come back out.

Burruss, 44, then tells producers, “Hopefully, we can get you guys to turn off the cameras for a little while so that we can actually have fun.”

“Yes,” Kenya Moore chimes in from the couch.

However, Season 13 newbie, Latoya Ali, points out that even if producers cut, there are still cameras filming the women from the ceiling, to which Burruss replies, “I don’t give a f–k about those cameras.”

“All right, let’s cut on our end,” producers can be heard saying, adding that they are also removing the cast’s mics.

Williams then says, “Yes, I love it!” and the women say goodbye to the production staff.

Kenya Moore agrees when Kandi Buruss calls for cameras to stop rolling ahead of the casts party with their hired stripper, Bolo the Entertainer.Bravo ; Instagram

Although the footage appears to end, Page Six exclusively learned in October that some of the women kept partying and a hookup allegedly occurred.

Sources previously told us that two of the cast members were allegedly involved in a tryst with the male stripper later that night.

“[I was] hearing all these noises: sex talk and ‘F me harder,’” the source said, adding that at least one other person allegedly heard them getting it on for about an hour. “She said when she thought they were finished, they started back up again.”

Page Six was not able to confirm on the record which of the cast members were involved, but we’re told bride-to-be Bailey, 53, was not one of them.

In a previous sneak peek, Williams was seen grinding on Bolo, sparking speculation amongst fans that she may have been involved in the alleged hookup.

“The Real Housewives of Atlanta” airs Sundays at 8pm ET/PT on Bravo.