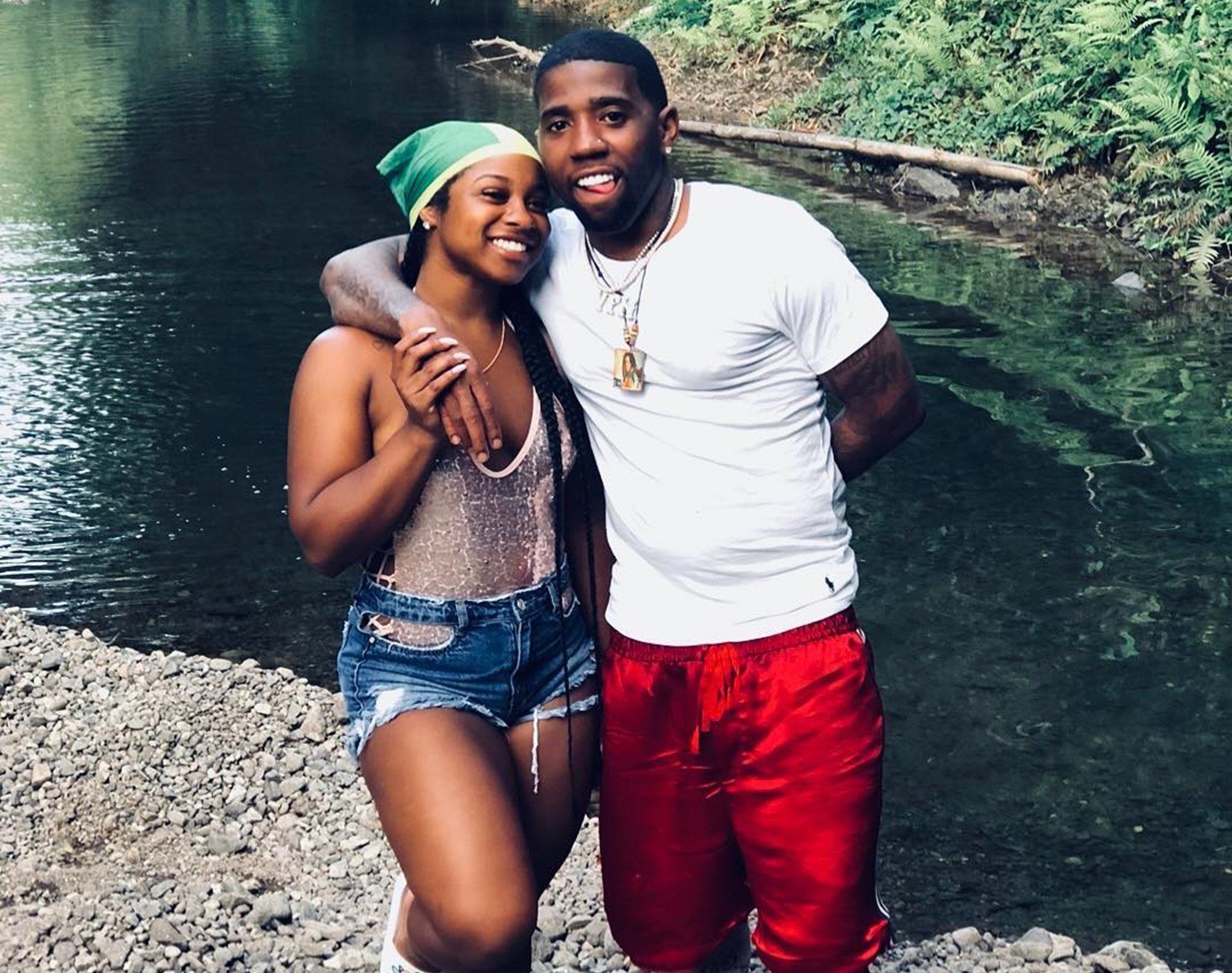 Since she got the breast augmentation surgery, Reginae Carter cannot stop posing for the ‘gram. She’s been flexing her new cleavage for a while now, but fans and followers don’t seem to mind this at all.
Check out her recent pics below.
‘Might as well pose, someone’s always watching 💋 Dress @materialgurlzusa’ she captioned her post.

Someone said: ‘And that’s on Mary Had a Little Lamb🙌🏾’ and a follower posted this message: ‘Yelp cause u mines forever love u wife 🖤😉 @colormenae.’
A follower said: ‘This blonde on you is everything 😍😍’ and more people agreed.
Some haters started talking about the fact that Nae is ‘definitely’ bleaching her skin. More of her followers dropped similar comments.
A diehard fan said: ‘The sexiest breasts on Facebook now damn.’
Nae has also been going back to the gym, and she also made sure to share a video from there as well. She’s working out like crazy, and her fans are completely in love with her power.
Reginae wanted to have this breast augmentation surgery for a while now, and since she finally did it, she really seems unstoppable. She can’t stop posing and flexing for the ‘gram, but her fans and followers love her look.
In other news, Reginae Carter has been showing off the results as much as she can on social media. Check out the post that she shared on IG below.
The Shade Room noted not too long ago that ‘#whatwaistofficialpartner–Don’t lose momentum in your new year’s fitness goals! #Reginea’s here to give you that extra push today while wearing her ThermaTech™ Vapor Define Band from @whatwaistofficial.’
‘The double straps are removable and allow you to adjust them to where YOU need support in your midsection. Get you a band that works as hard as you today at whatwaist.com!’ TSR captioned.
Advertisement

RELATED: YK Osiris Says Reginae Carter Is His Crush – He Publicly Declared It On Insta Live