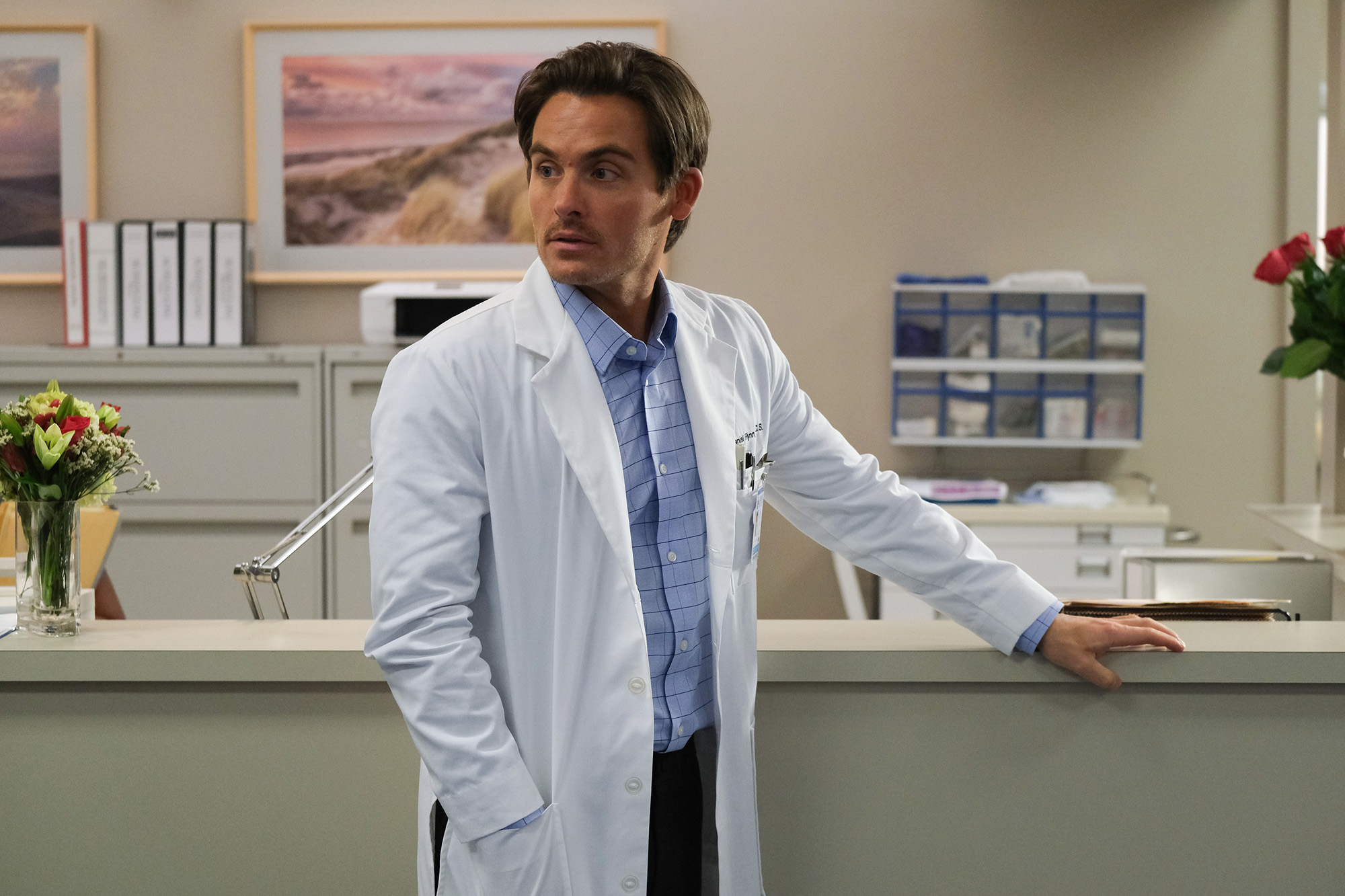 Kevin Zegers co-stars opposite Katey Sagal on “Rebel,” ABC’s new series based on the later life of Erin Brockovich, who’s one of its executive producers.

Zegers, 36, plays Nate, the son of hard-charging activist Annie Bello, aka “Rebel.” He’s a gynecologist who can’t commit to a romantic relationship — and is half-sibling to lawyer Cassidy (Lex Scott Davis) and teenager Ziggie (Ariele Barer).

Zegers began his career as a child star, best known for the four “Air Bud” movies (starting in 1997) and guest stints on series including “The X-Files.” As an adult, he’s co-starred on “Gossip Girl,” “Dirty John” and “Fear the Walking Dead,” among others.

Zegers answered a few questions about “Rebel” and his other TV roles.

What attracted you to “Rebel?”

First and foremost, I was Lauren Sarner Krista Vernoff. I know a couple of people who have worked with her [on ‘Grey’s Anatomy’ and ‘Station 19’] and she’s just fantastic. As an actor you go in thinking, “Is this going to work? What’s my place in it? How can I be of service and help make this thing work?” — and we seemed to have very similar ideas for Nate and what his deal was.

This is really a show about people. There’s a legal side of it, but it’s just as much — if not more — about what it takes to be a woman like Annie, who has, not just the advocate side of her life, but the wreckage of being that singularly focused with her career and the fallout with her family and what that looks like. That’s what really differentiates the show from a typical law procedural, and I think that’s why most of us are here. We get to play around with that interpersonal family stuff. One of my favorite shows of all time is “Parenthood,” which I think is similar in tone to what we’re doing. Obviously, Katey [Sagal] is doing incredible things and the heart of the show is about sticking up for the little man — but it’s not in a self-important kind of way, which is why I think it works.

How did you prepare for the role?

Nate’s a funny dude. I was more interested in his sort of dynamic with Katey and what his childhood was like growing up with a woman like her. Katey and I did a little bit of work before [filming], just kind of figuring out what our starting point was. We’re both kind of nerdy actors in the way that we prepare and write a bunch of backstory, boring actor stuff.

I spend most of my life trying to pretend I’m cool or like I know what’s going on, and Nate is not gifted in terms of that. He makes a lot of dumb mistakes and is a little clueless, which is kind of how I am. I’ve become relatively good at hiding it, so the most enjoyable part is that I get to go and take my “I know what I’m doing” hat off, and that’s what’s most fun about being Nate. He’s truly figuring life out as it comes along. It makes him a blast, I wish I could behave like that more often. I generally don’t know what the hell is going on, and I pretend like I do, and Nate just doesn’t have that button.

What can you share about what lies in store for Nate?

You get to meet this girl who I work with a lot, Abigail Spencer, who plays Misha — this sort of kind of ex of mine, something that didn’t end particularly well. Nate is a bit clueless with his personal life. He’s a nice guy, just a bit of a meathead.  A lot of his story ends up being that he’s guilted into helping his mother with this heart study [from the first episode]. And in order to help her, he needs to call in a favor with someone he [screwed] over. So this dynamic of Misha and Nate is a ton of fun, Abigail is so good. You get to see Nate out in the wild, and he’s a disaster.

When fans approach you in public, which one of your roles is it usually about?

It sort of depends on who’s walking up to me. My wife and I have a game. She’ll be like, “I wonder what this is about.” If someone is around my age in their 30s, it’s usually [about] “Air Bud.” If it’s people in their 20s it’s usually “Gossip Girl” — and then, if it’s anyone older, it’s usually “Transamerica” or some movie I did 100 years ago. But it’s usually “Air Bud,” believe it or not — which is I guess a testament to me looking similar to how I did when I was 12, which I’ll take.

There’s a “Gossip Girl” reboot in the works, would you appear in it if you were asked?

For sure, yeah, I had so much fun doing that, I loved everyone involved. I’m looking forward to seeing it. Although I’m glad they’re doing it with a younger generation and not us married and parenting as older people now. It’s good that they’re keeping it as it should be, which is like the fun young people show.