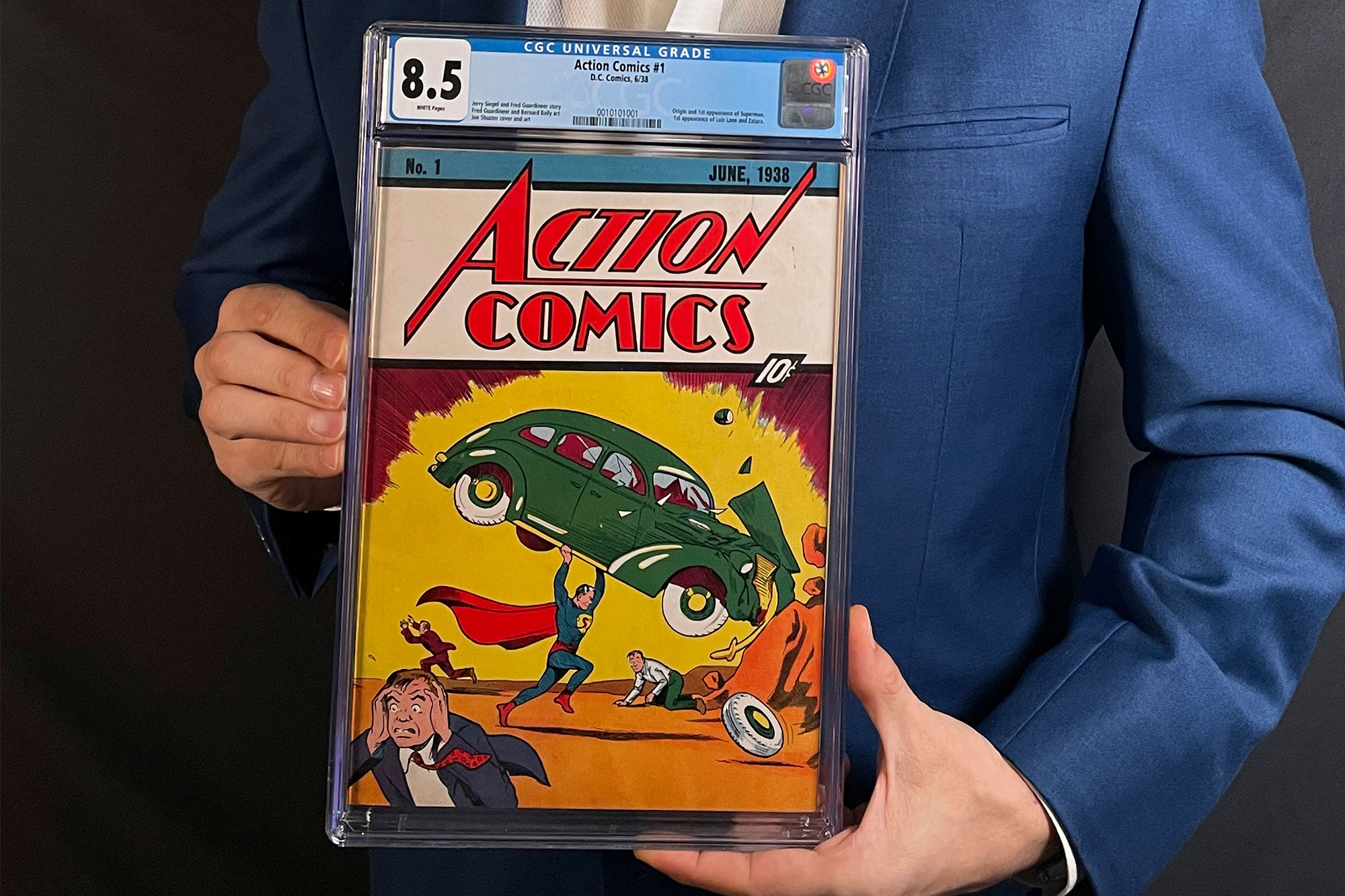 This issue of Action Comics #1 went for $3.25 million in a private sale, ComicConnect.com, an online auction and consignment company, announced on April 6, 2021.
AP

NEW YORK — One of the few copies of the comic book that introduced Superman to the world has sold for a super-sized, record-setting price.

The issue of Action Comics #1 went for $3.25 million in a private sale, ComicConnect.com, an online auction and consignment company, announced Tuesday.

It narrowly bested the previous record for the comic, set in the auction of another copy in 2014 for slightly over $3.2 million.

The comic, published in 1938, “really is the beginning of the superhero genre,” said ComicConnect.com COO Vincent Zurzolo, who brokered the sale.

It told readers about the origins of Superman, how he came to Earth from another planet and went by Clark Kent.

The seller of this particular issue bought the comic in 2018 for slightly more than $2 million.

Zurzolo said that while there were hundreds of thousands of copies initially published, it’s estimated only about 100 exist today, and in varying conditions. He said this copy is among the best-kept ones.

Is Britney Spears Trying To Get Pregnant With Sam Asghari’s Baby?
Cynthia Bailey Shows Fans How She Relaxes After A Long Flight
Comment