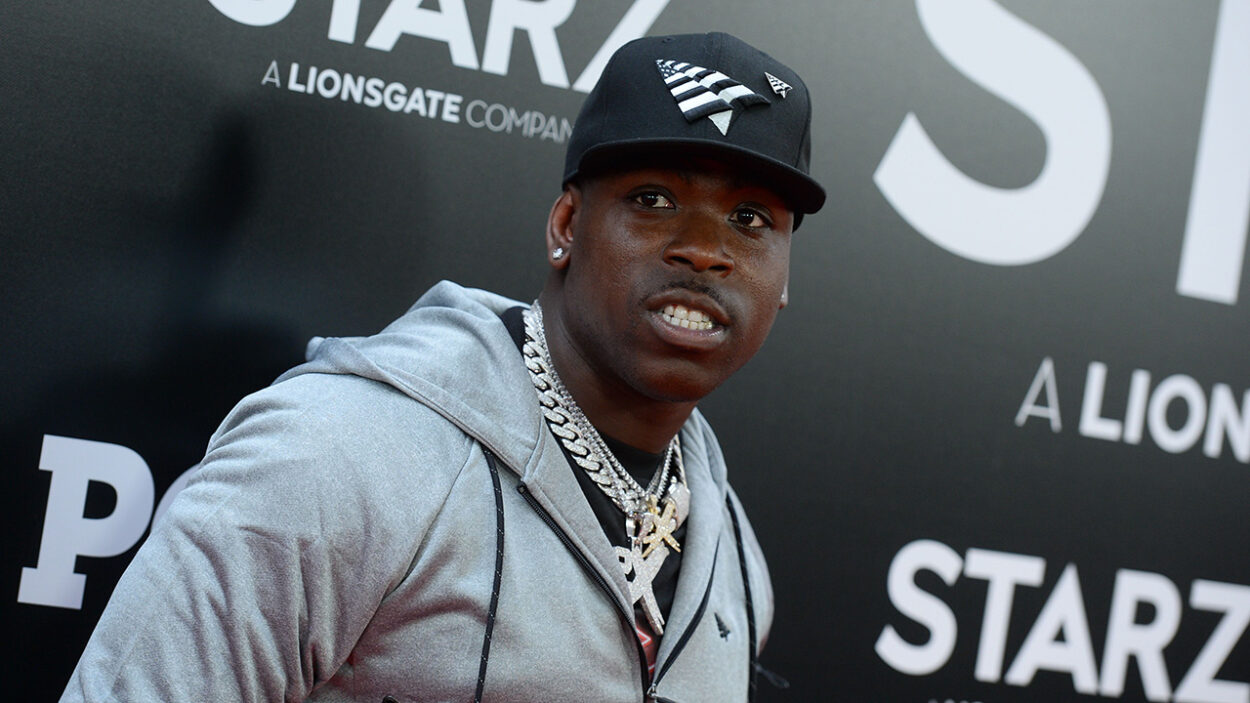 Even though the rapper Casanova has been denied bail, the performing artist has remained positive, ostensibly due to the support from his wife. Hot New Hip Hop picked up on a social media exchange between Casanova and his partner this week in which it looked like they were engaging in very heavy banter.
As it was previously reported by several outlets, Casanova has been charged with a number of very serious crimes including gun and drug trafficking charges and if he’s convicted for them, he could spend a solid amount of time behind bars.
RELATED: Casanova Turns Himself In Following The FBI Announcement
Reportedly, Casanova’s lawyer has been doing everything in his power to get him out of prison while the rapper has been engaging in a sexual exchange with Swaggy Jazzy, née Jasmere Corbett. On her IG Live this week, Jasmere showed off the conversation she had with the incarcerated artist.
https://www.instagram.com/p/CKvMFOCpTq2/
Many of their social media followers were shocked to see that they had actually revealed the discussion they had to the world, considering the very explicit and sexual nature of it. In fact, at one point, she said to him that she missed him and the rapper responded with “I miss you too. I miss that p*ssy.”
RELATED: Rapper Casanova Reportedly Identified To The Police By A Friend Of His Girlfriend
Casanova goes on to jokingly tell his wife to “bust it open for a real n*gga,” as they both began to laugh. During the same conversation, Casanova shared what he planned to do with her if they were to ever be reconciled again.
After making a few more sexual remarks about his wife, Casanova then went on to talk about what the inside of the prison was like, complaining that the conditions weren’t all that great. Followers of the case know Casanova was just one among many who were all charged with similar crimes.
It was one of the biggest stories in hip-hop over the last few months, including when VladTV did an interview with Casanova, and part of the discussion was purportedly used by the FBI. The incident led to more problems for Vlad, who has already been called an informant by many hip-hop fans.
Advertisement