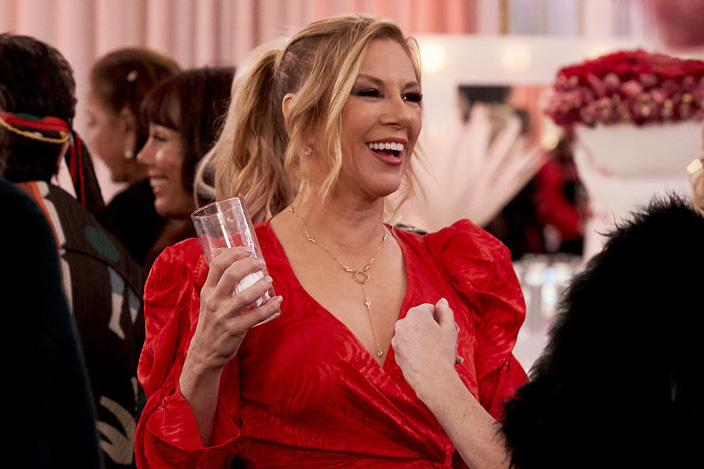 As we’ve previously reported, Ramona Singer has been on a whirlwind tour to St. Barts and Mar-a-Lago lately — even though Bravo has begged the “Real Housewives of New York” cast to stay home while they wait out a production shut-down caused by a COVID case on set.

Now we’ve learned that she also attended a maskless yacht party this weekend with guests including U.S. Representative Matt Gaetz.

The bash, held in Palm Beach, was for Dr. Gina Gentry Loudon’s birthday. Loudon was a member of the Trump campaign’s media advisory board and the co-chair of Women for Trump 2020.

Video of the party shows guests, including “Queen of Versailles” Jackie Siegel, dancing close to each other and posing for pictures with no masks in sight. Singer also posed for photos.

Multiple sources have told us that Bravo asked “RHONY” stars to stay close to home in hopes of avoiding a third shutdown. The show was also closed down in October when a crew member caught the virus.

Singer, meanwhile, has been posting photos on her Instagram that make it appear as if she has stayed in Manhattan the whole time.