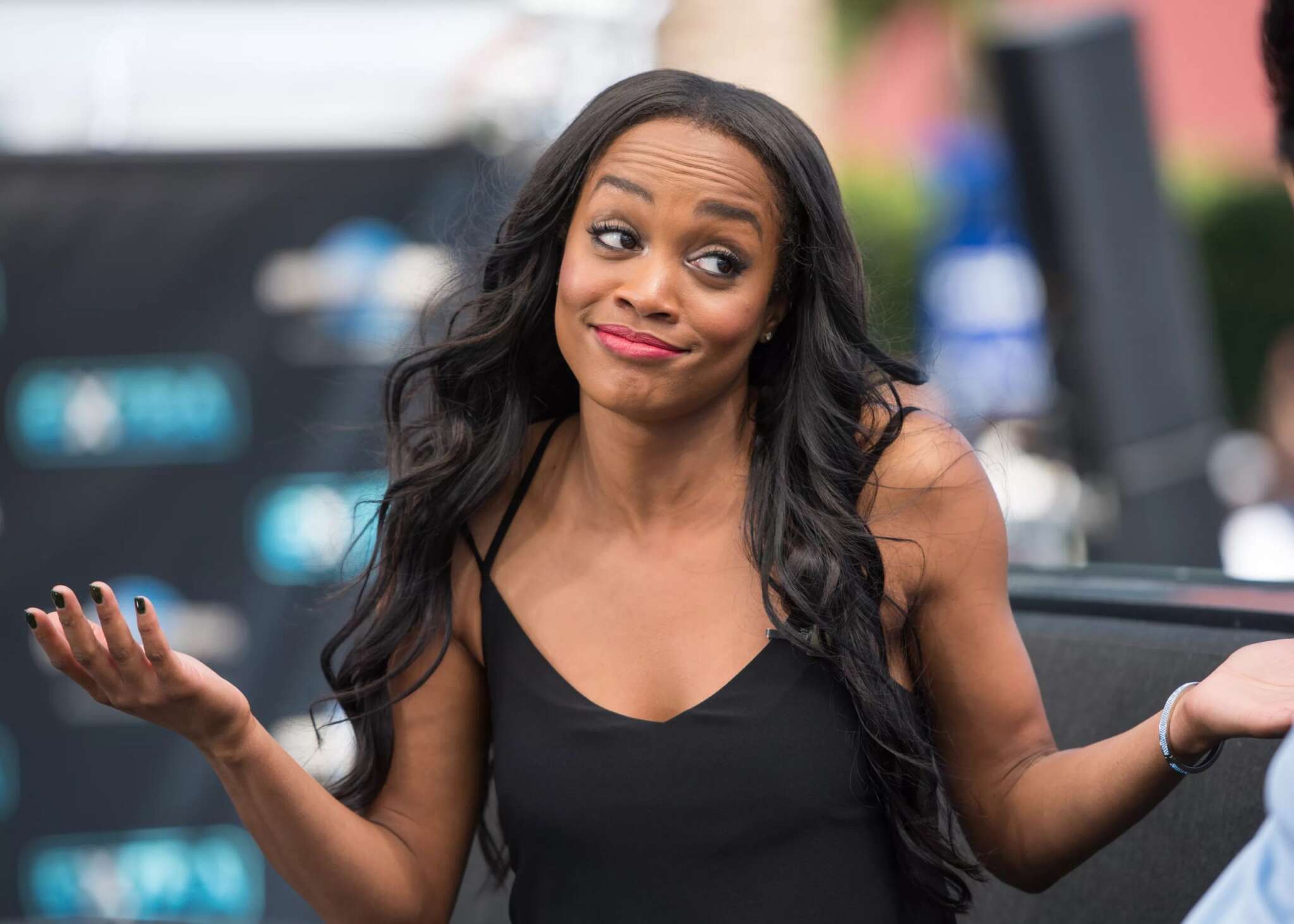 According to a new report from Page Six, Rachel Lindsay is getting ready to cut ties with the Bachelor franchise due to a number of scandals surrounding race on the ABC dating show. On her podcast, Higher Learning, the 35-year-old explained how she couldn’t “take it anymore.”
The reality star went on to say that she was “contractually bound” in a few different ways, but when her contract expired, she was done with them. Reportedly, Lindsay first came to prominence on Nick Viall’s season of The Bachelor until she was finally chosen as the first black Bachelorette in 2017.
RELATED: Rachel Lindsay Says She Hates Valentines Day
These days, Lindsay has been hosting her Bachelor Happy Hour podcast which is affiliated with the franchise, but Lindsay isn’t happy with the network anymore.
Lindsay has worked with the Bachelor franchise for a long time but has frequently complained about the show’s lack of racial diversity, with the exception of the latest Bachelor who is an African-American man.

RELATED: Rachel Lindsay Details Her Conversations With Hannah Brown About Her N-Word Scandal And Explains Why She Was So ‘Disappointed’ And ‘Confused!’
The reality star said to Page Six last June that it was embarrassing to see The Bachelor franchise be on the “wrong side” of the Black Lives Matter movement. Additionally, problems arose again when Rachel interviewed the longtime host of the series, Chris Harrison, while on Extra.
Reportedly, Chris asked fans and viewers to be nice and sympathetic to Rachael Kirkconnell after she reportedly “liked” social media posts that some deemed racially offensive, and also spotted and photographed at a party that revolved around a plantation theme.
Lindsay took to her podcast on Higher Learning and complained about the way in which Harrison failed to show compassion for the people who were offended by Rachael’s actions, but he wanted people to be nice to Rachael.
The 49-year-old ABC host then came out to apologize later publicly and also reportedly spoke with Lindsay privately. Lindsay said she was “tired” and “exhausted” of the Bachelor franchise, and she said she had had enough.
Rachael also addressed the claims and said she was sorry for being unaware of how her actions affected people, while also arguing that her ignorance, itself, was “racism.”
Advertisement