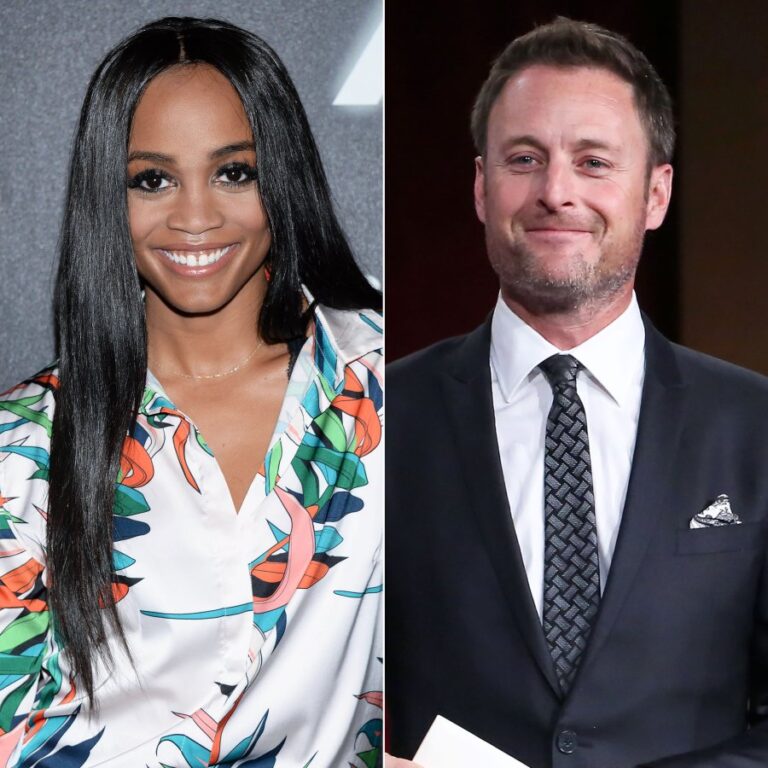 During a new interview, Rachel Lindsay shared her thoughts on the whole Chris Harrison situation after he announced his exit from The Bachelor amid backlash. As you might know, the host is in hot water after he made some comments defending the racist behavior of a contestant.
Now, Rachel, who is the first Black Bachelorette, told HollywoodLife that she hopes Chris will take time, from now on, to ‘educate himself.’
RELATED: Chad Johnson’s Girlfriend, Annalise Mishler, Makes Shocking Claims About The Bachelorette Alum
This comes after Harrison has publicly apologized multiple times.
‘I’m happy to see that he’s getting education to be more productive and more profound in his level of understanding in regards to this issue. I’m happy to hear that, and I’ll be one of the many that’s going to sit back and wait and see what happens with all of this,’ Lindsay told the news outlet.
It all started with Harrison sharing his opinion on Racahel Kirkconnell, a contestant on season 25, attending an Old South-themed party back in college.
RELATED: Tarek El Moussa’s Fiancée Heather Rae Young Made Sure His Birthday Was Really Special – Here’s How!
This tradition is considered racist since it glamorizes plantation culture and slavery as a whole.
But Chris chose to defend the contestant and feel bad for him for having to face ‘woke’ people online.
Later on, after the backlash, he apologized, writing, in part: ‘I have spent the last days listening to the pain that my words have caused, and I’m deeply remorseful. My ignorance did damage to my friends, colleagues and strangers alike.’
He went on to apologize for a second time as well, something that Rachel was ‘shocked’ by.
With that being said, she encouraged him to keep apologizing during the interview.
‘It’s the bare minimum and it’s our job to hold people accountable for the things that they say. If I’m reading the apology right … he’s going to hold himself accountable. It’s great. [….] I’m excited to see what happens next. I’m glad he’s taking the steps to move forward.’
Advertisement